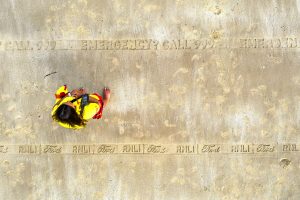 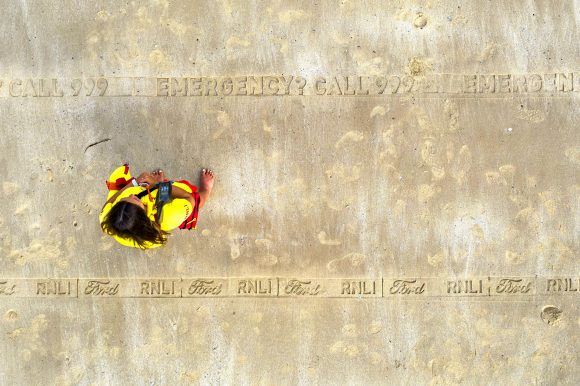 Ford has helped create custom tyres that leave key water safety messages imprinted on the sand as part of a new initiative with the Royal National Lifeboat Institution (RNLI).

The three key messages – ‘float to live’, ‘no inflatables’ and ‘emergency? Call 999’ – are imprinted by tyres which are made from a mould of each safety statement.

The mould is then used to create a tyre ‘sleeve’ which is wrapped around each Ford Ranger tyre and fixed into place permanently.

Restaurants and pubs have reported a slight drop-off in sales during the second week of the Eat Out to Help Out scheme, according to new figures.

Sales collectively fell by 13 per cent between Monday August 10 and Wednesday August 12 compared with the same period a week earlier, according to research by hospitality software business Fourth.

It said that ‘quick-service restaurants’ saw sales slide by 30 per cent in the second week, while other restaurant sales fell by 6 per cent. Meanwhile, sales at pubs and bars were down 20 per cent.

Questions remain after U-turn on GCSE and A-level grades

Education Secretary Gavin Williamson is facing calls for clarity for students and universities after his major U-turn over GCSE and A-level grades in England.

Williamson back-tracked to say results estimated by teachers could be used after mounting anger over the downgrading of about 40 per cent of A-level grades by exams regulator Ofqual on the basis of a controversial algorithm.

The Cabinet minister apologised for the ‘distress’ caused by the abandoned policy which was intended to give fair results to pupils who could not sit exams because of the coronavirus crisis.

Thailand’s economy contracted at a 12.2 per cent annual rate in the April-June quarter, its sharpest downturn since the Asian financial crisis of the late 1990s.

The data reflect a deterioration of business activity, with the country virtually closed to international travel due to the coronavirus pandemic.

The economy shrank two per cent in the first quarter of the year, said the report yesterday by the National Economic and Social Development Council.

Ryanair to cut flight capacity by a fifth

Ryanair is to cut a fifth of its flights for the next two months after bookings dived on the back of new coronavirus travel restrictions.

The budget airline said it will reduce its flight capacity by 20 per cent in September and October after forward bookings ‘notably weakened’ in recent days.

It reported a drop-off in flight bookings over the past 10 days driven by ‘uncertainty over recent Covid case rates in some EU countries’. The cuts will reduce the frequency of flights from countries such as Spain, France and Sweden, it said. 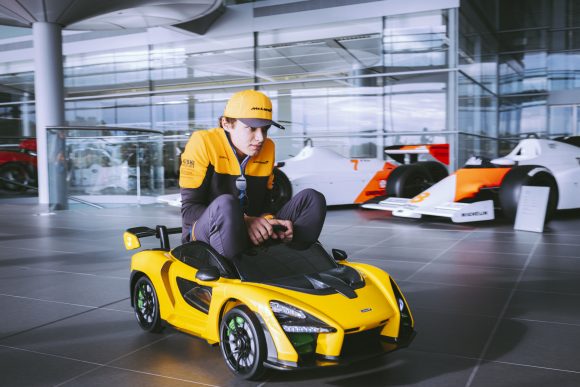 McLaren has expanded its range of child-focused models with a new ride-on version of its Senna supercar.

What’s more, it has an electric motor so kids can cruise around under their own steam after turning it on using an authentic push-button start.

Budget airline easyJet has confirmed plans to close its bases in Stansted, Southend and Newcastle as the company tries to slash costs at the airports where 670 people work for it.

The company said that it will push ahead with the plans that it revealed in June, as it started consulting with staff over the future.

In May, easyJet had said it was going to cut as much as 30 per cent of its workforce. It has now completed a consultation with the unions and will start talking to individual members of staff.

Spirit giant Diageo is to buy a gin brand co-owned by Hollywood actor Ryan Reynolds as part of a deal worth up to £466m.

The Tanqueray owner said it has agreed to acquire Aviation American Gin, which has been co-owned by the Deadpool actor since 2018.

It said it will acquire Aviation Gin and its majority owner Davos Brands – which owns three other spirit brands – for an initial payment of £271m, with up to £210m depending on the gin brand’s performance. Ryan Reynolds will retain a stake in the brand. 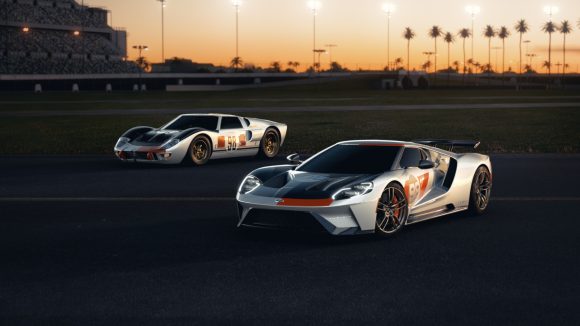 Ford has revealed a Heritage Edition of its GT supercar, which is inspired by the original GT40’s first endurance win at the 1966 Daytona 24 Hour Continental race.

It pays homage to the car driven by Ken Miles and Lloyd Ruby, a story highlighted in the Le Mans 66 film starring Matt Damon and Christian Bale.

The pair led a 1-2-3-5 domination for Ford in the race, sporting a white, black and red exterior design. The 2021 GT Heritage Edition gets Frozen White paint with an exposed carbon-fibre bonnet, red accents across the car, and unique Ford graphics.

Strong performances by mining firms helped to guide the London markets into the black after a testing start to the week.

It finished as a rare bright spark amid a subdued session for the global markets which were incredibly cautious as US-China trade talks stalled.

The BBC says northern areas will be cloudy with spells of showery rain at times today while the south will see sunny spells and scattered showers. There may also be a rumble of thunder.

Tonight, any showers will tend to clear to leave it largely dry with clear spells. There will be patches of fog or mist though.

Tomorrow will see a misty start for many. Spells of heavy rain in the south-west will move further north as the day goes on, along with a brisk wind. Northern Scotland looks to remain drier and brighter during the day.