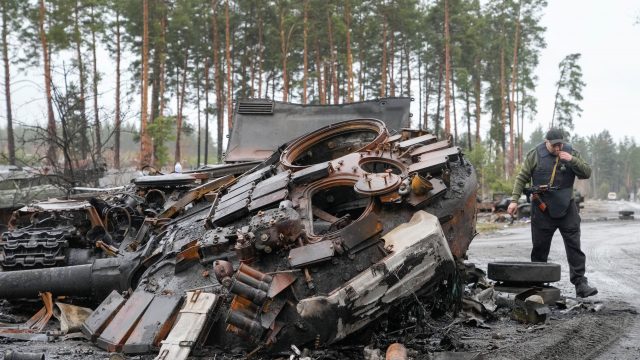 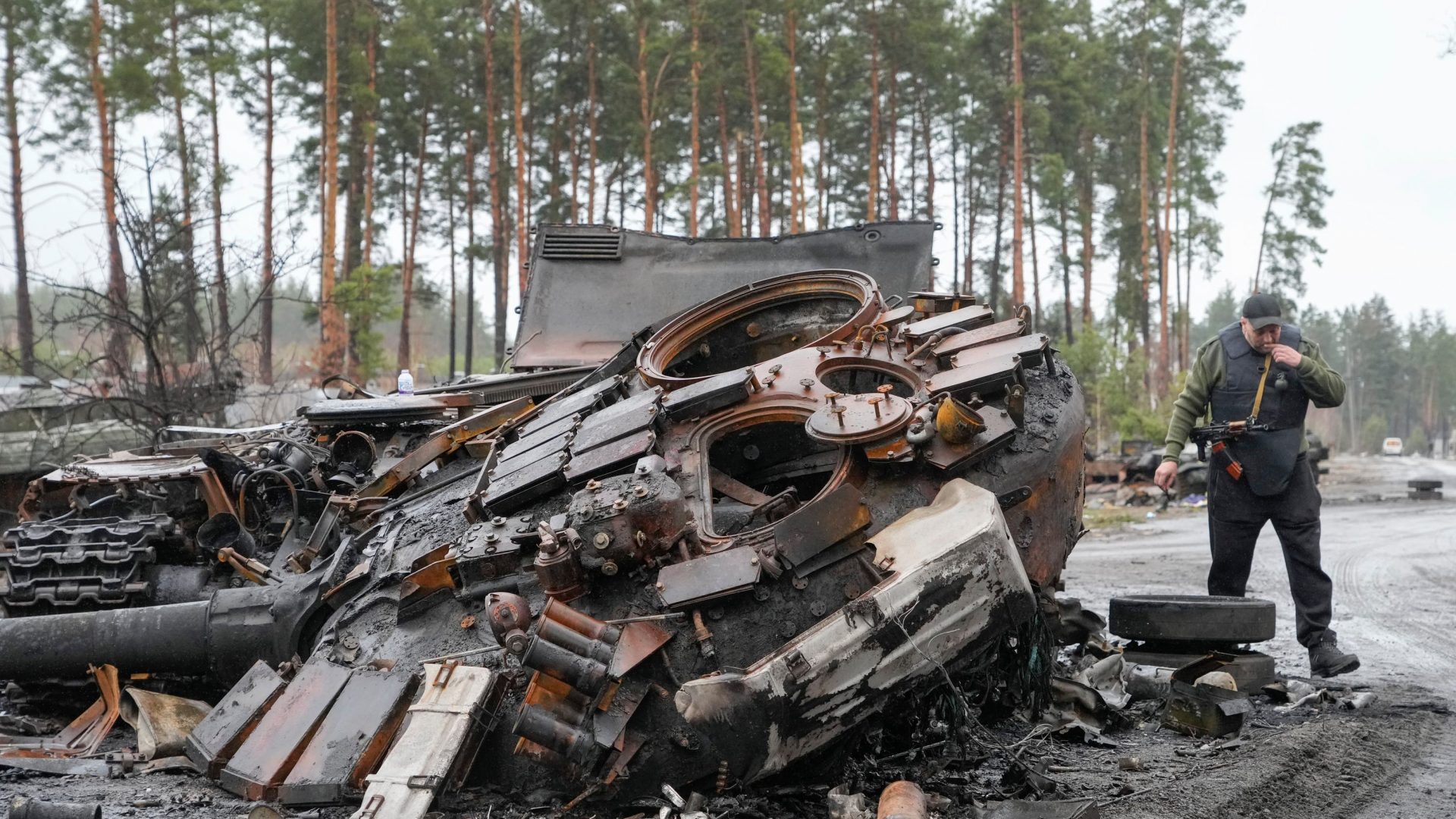 Ukrainian forces retake areas near Kyiv amid fear of traps

Ukrainian troops have moved to retake territory north of the country’s capital amid fears that Russian forces might have set booby-traps before leaving.

Ukrainian president Volodymyr Zelensky warned in his nightly video address hours earlier that departing Russian troops were creating a ‘catastrophic’ situation for civilians by leaving mines around homes, abandoned equipment and ‘even the bodies of those killed’.

Journalists in Bucha, a suburb north-west of Kyiv, watched as Ukrainian soldiers backed by a column of tanks and other armoured vehicles used cables to drag bodies off of a street from a distance, fearing they might have been rigged to explode. Locals said the dead were civilians who were killed by departing Russian soldiers without provocation.

Chancellor Rishi Sunak is being urged to set out an emergency budget to help millions across the UK who face being ‘plunged into poverty and hardship’ as a result of the cost of living crisis.

Thewliss, the SNP’s treasury spokeswoman at Westminster, insisted the recent spring statement from chancellor had been a ‘deliberate choice’ by the government to ‘ignore the Tory cost-of-living crisis brewing under its watch’. And she added that people could not wait until the budget in the autumn for help from ministers.

Labour has proposed a package of ’emergency’ measures – including an immediate tax cut – to help ease the burden of rising costs on businesses.

The party claims that, under its plans, a typical small factory or workshop would save £2,700, a pub would be £2,600 better off, and the average cafe or restaurant would benefit to the tune of £2,700.

In the long term, Labour said it would scrap business rates and replace them with a system that supports ‘growth’, which it claimed would be ‘fairer between the small high street businesses based on bricks and the global tech giants based on clicks’.

This week, Blackshaw’s boss Will Blackshaw joins Becca and Jon and chats about electric cars, supercars and why Auto Trader bought Vanrama.

Ministers urged to introduce ‘safety net’ for homeowners on the brink

The government is being urged to bring in a ‘safety net’ for struggling families, as the Lib Dems warn people face having to ‘hand back the keys to their homes’ due to a hike in household debt costs.

The party said extra support is particularly needed for first-time buyers who have ‘scrimped and saved to get on the housing ladder’.

It said last week’s forecast from the Office for Budget Responsibility showed that household debt servicing costs – the interest people pay on their loans including mortgages and credit cards – are set to increase from £55bn in 2021/22 to £83bn in 2023/24. That equates to increased interest payments of £1,000 per household over the two years, based on 27.8m households in the UK, the Lib Dems said.

The Duke of York said he returned from the Falklands War ‘a changed man’ in a piece of writing posted to his ex-wife’s Instagram account.

Andrew, who reached a multimillion-pound out-of-court settlement in a civil sexual assault case a few weeks ago, wrote more than 700 words about his experience in the Falklands.

Andrew’s reflection appeared in three posts – which were removed after about two hours – on the Instagram account of Sarah, Duchess of York. Beneath the last post, it said it was ‘written by HRH The Duke of York’ before the ‘HRH’ was deleted.

More than 80 arrested in Essex as climate change protests continue

More than 80 people have been arrested in Essex as climate change protesters continued to block oil terminals.

Activists from Just Stop Oil said on Saturday they had blocked access to the Titan Truck Park and revealed a secret underground network of tunnels at the Navigator and Grays oil terminals. The protesters are demanding that the UK government stops new oil and gas projects.

Essex Police said officers arrested a total of 83 people after protests in the Thurrock district.

Dover has been plunged into traffic chaos, with gridlocked roads near the port caused by disruption to cross-Channel ferries and bad weather.

The suspension of P&O services, with three of the company’s vessels at berth in Dover, has been partly blamed for long queues in the area. Adverse weather in the Channel and congestion caused by tourists travelling to Kent for an Easter getaway are also said to be contributing to the jams.

Drivers have been forced to wait for hours to board ferries after measures were triggered to control the movement of HGVs in the area. Under Operation Brock, lorries heading to Dover are allowed to use one side of the M20 while all other traffic is restricted to a contraflow system on the opposite side. The Department for Transport (Dft) said efforts were being made to minimise disruption.

Another sunny but chilly start for most of England, Wales and southern Scotland, before showers arrive later in the day, reports BBC Weather. Cloudy elsewhere.

Cloud for all tonight with a band of heavy rain pushing in from the south-east. Heavier showers in the north-west. A milder night.