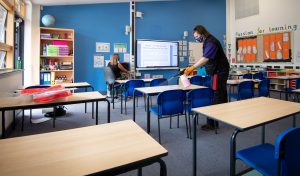 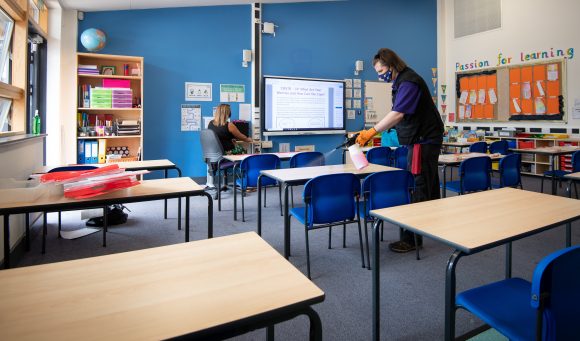 A 33-year-old man living in Hong Kong is the first to be recorded to have contracted Covid-19 twice – leading to concerns about immunity.

The man, who had symptoms the first time in March, but no obvious symptoms the second, contracted the virus 142 days apart. Researchers say the second strain was different to the first.

He contracted the second case after travelling from Spain, via the UK and researchers added: ‘This case illustrates that re-infection can occur even just after a few months of recovery from the first infection.’

Masks in schools option under review

Pupils wearing masks is an option that should be kept under review, a union has said, despite the Education Secretary insisting the measure is not needed as schools in England prepare to reopen.

It comes as the Scottish Government is expected to state its decision on face coverings in schools in light of the latest guidance from the World Health Organisation that children aged 12 and over should wear a mask.

The Association of School and College Leaders said as evidence continues to emerge, Westminster should review its guidance. Yesterday, a Number 10 spokesman said there were ‘no plans’ to review the guidance on face coverings in schools.

The highest rate of car theft in the UK takes place across London, according to new research.

Insurance comparison site MoneySupermarket analysed more than 5.8m car insurance enquiries between July 1, 2019 and June 30, 2020, and found the postcode for Ilford, East London, had the highest theft rate of 20.32 thefts per 1,000 people.

Storm Francis has brought gusts of more than 50mph overnight ahead of the wet and windy weather impacting vast swathes of the country today.

The heaviest of the rain is expected to fall across Northern Ireland and south-west Scotland with the Met Office warning of the potential for flooding and issuing a yellow warning.

It said up to 90mm of rain could fall while a yellow warning for wind is in place in Wales and most of England with gusts of up to 70mph predicted. Mount Batten, Plymouth, recorded gusts of 51mph overnight.

Most markets around the world rose on the back of reports that US president Donald Trump wants to fast-track the production of a Covid-19 vaccine.

The Trump administration is considering that the US Food and Drug Administration award an ‘emergency use authorisation’ for the vaccine, which was developed by Oxford University and AstraZeneca. 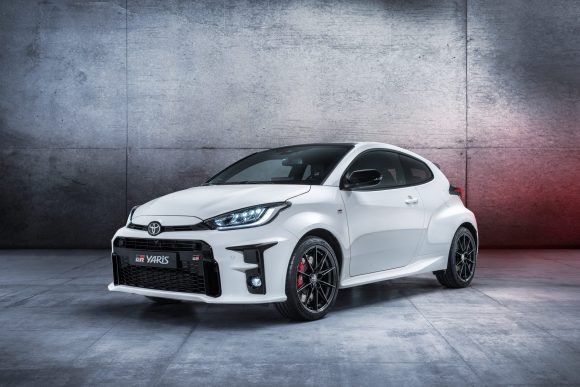 Toyota has announced 40 more dates and locations that will give motorsport fans and potential customers the chance to see the firm’s new homologation hot hatch up close in car dealerships.

The GR Yaris is a performance hatchback designed as the road-going basis for Toyota’s World Rally Championship race car. The new dates follow on from a successful dealer tour earlier this year.

Starting today, the pre-production cars will typically spend two days on static display at each dealership, with the first being Farmer and Carlisle Leicester and Currie Motors Brentford. The full list of dealers and dates is available on the Toyota UK website, with locations in England, Wales and Scotland featured.

Google is to offer small businesses new tools to help improve their online presence and reach more customers, as part of its effort to boost the UK economy post-lockdown.

Now, it is launching an additional free tool that will provide bespoke recommendations to firms on the best products and resources that will help them get online for the first time or improve their existing presence. It is part of the firm’s Open for Business initiative.

Facebook to pay 106 million euros in back taxes to France

Facebook’s French subsidiary has agreed to pay 106 million euros (£94m) in back taxes and penalties following persistent government efforts to get online giants to pay more taxes where they make their money.

The agreement came after French tax authorities carried out an extensive audit of a decade of Facebook’s operations in the country, from 2009-2018, a company spokesperson said on Monday.

The spokesperson said the company ‘takes its tax obligations seriously’ wherever it operates.

KFC is to pause the use of its classic Finger Lickin’ Good slogan after 64 years as it admitted that the message ‘doesn’t quite fit’ following the coronavirus outbreak.

The company has released new images of advertising posters and packaging with the well-known slogan blurred and pixelated.

It said the slogan will return ‘when the time is right’ but it will shift its messaging in the meantime.

Tesco has said it is creating 16,000 new permanent jobs to help it react to ‘exceptional growth’ in its online business.

Supermarket chains have seen demand for online deliveries soar in the face of the coronavirus pandemic, with Tesco more than doubling its deliveries to customers since the start of March.

It said the recruitment drive will include 10,000 roles for pickers, who select items for customer orders, and 3,000 delivery drivers.

Wetherspoon has warned that the coronavirus crisis will drag it to an annual loss after sales plunged following reopening last month.

The pub chain told investors that like-for-like bar and food sales are down 16.9 per cent for the 44 days to August 16, compared to the same period last year.

The group said it now reopened 844 of its 873 pubs, after shutting all sites in March as a result of the virus.

Bespoke Rallies’ Highland 1000 tour has been adapted to ensure social distancing can take place through a ‘virtual marshal’ system, which means people are no longer needed to validate time sheets.

This year’s event will start and finish in Falkirk, which sits in the Forth Valley just north of Edinburgh and Glasgow. Cars built between 1920 and 1989 are eligible.

The BBC warns rain will taper to showers in southern and central regions but it will continue to be windy. Northern areas will see rain and windy conditions develop from the south.

Tonight, showers will continue in central areas and there is just the chance of a few showers in southern areas. It will continue to be windy.

Tomorrow, there will be spells of rain in northern areas to start but most areas will be cloudy, cool and breezy with the chance of mist or drizzle patches. Sunny spells will develop in the afternoon.