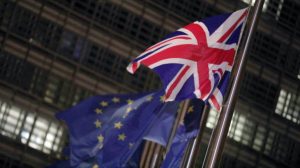 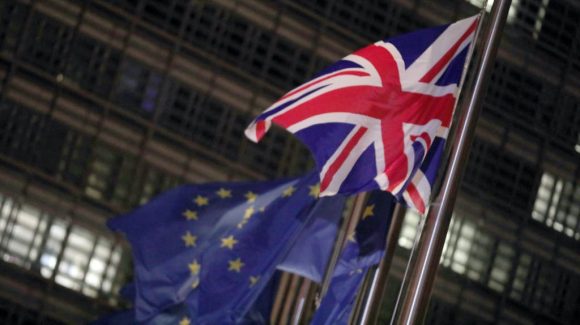 The UK has fired a warning shot to Brussels over no-deal after readying Royal Navy boats to patrol its fishing waters as negotiations enter their final 48 hours.

Four 80-metre armed vessels have been placed on standby to guard British waters from EU trawlers in the event that there is no new agreement on fishing rights after December 31 when transitional arrangements end.

The confirmation of the move by the Ministry of Defence (MoD) comes as Boris Johnson and European Commission president Ursula von der Leyen warned on both sides of the Channel that a no-deal outcome looked more likely than an agreement in the trade negotiations.

Ferrari CEO Louis Camilleri has announced that he will retire with immediate effect.

The Italian supercar manufacturer said that the departure was ‘for personal reasons’, with the official Formula 1 website reporting that ‘he had spent time in hospital fighting Covid-19’.

Camilleri will be replaced in the interim by executive chairman John Elkann, who said: ‘I would like to express our most sincere thanks to Louis for his unstinting dedication as our chief executive officer since 2018 and as member of our board of directors since 2015.’

London Banks prepared for fall out of no deal

Bankers in London are awaiting the fallout that Brexit may bring, but have largely already factored in the worries of a no-deal in their planning.

The banks have been moving significant numbers of jobs and offices out of London for years, although there is little evidence of the exodus that some were expecting.

Bank of England reported it has found that most risks to the UK’s financial stability from no deal had already been mitigated, but still said there could be ‘some disruption to financial services’.

Sam and Dan are most popular personalised plate searches

Personalised number plates continue to be popular this year, despite the economic impact of Covid-19, with the DVLA revealing it is selling one per minute as the festive period approaches.

So far this year, the most searched-for terms on the DVLA’s personalised registrations site are mostly names, with Sam taking top spot with 33,758 searches.

The support will enable coach timetables to be expanded across Britain during the five-day travel window which opens on December 23.

The Department for Transport said its funding will enable firms such as National Express and Megabus to ramp up their networks to 75 per cent of normal levels, making 80,000 more seats available over the festive period.

The move, announced as the UK prepares to co-host an international online summit to increase ambition on cutting greenhouse gases, spells an end to billions of pounds of British backing for oil and gas projects overseas.

Under the plans, the Government will end export finance, aid funding and trade promotion for new crude oil, natural gas or coal energy projects, with “very limited exceptions” for some gas-fired power plants and other schemes.

The UK’s highest court has paved the way for a £14 billion damages claim to go ahead against Mastercard on behalf of millions of UK consumers.

Former financial ombudsman Walter Merricks alleges that Mastercard’s breaches of competition law, found by the European Commission in 2007, have led to UK consumers paying higher prices on purchases from businesses that accepted Mastercard.

It was thrown out in July 2017 by a specialist tribunal, which ruled the claim was ‘not suitable to be brought in collective proceedings,’ but Mr Merricks’ proposed claim has now been sent back to the Competition Appeal Tribunal to be reconsidered.

Heathrow’s Terminal 4 will remain closed throughout next year as demand for air travel struggles to recover.

The west London airport made the announcement as it said passenger numbers for November were down 88% compared with the same month last year.

Pound and FTSE slide after no deal warning

Sterling and UK equity markets skidded lower after the Prime Minister warned that it was ‘very, very likely’ that the UK will exit the EU without a trade deal.

The pound fell by nearly 1.2 per cent before clawing back some ground after German and Irish ministers said a deal could still be made.

The north and east of the UK will be mostly cloudy today, according to BBC Weather. There will be patchy rain and a risk of fog at early in the day.

The west and south west of the UK will become brighter with only some isolated showers.

Tonight, the rain in the north and east will move away, meaning it will be a chilly night for much of the UK with clear periods but there will be cloud for the west and southwest later.