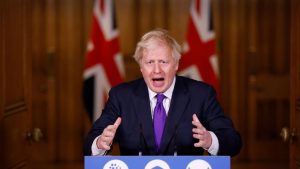 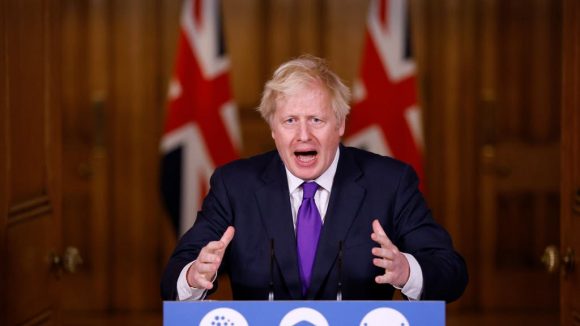 Millions of people across the UK are being forced to tear up their Christmas plans following fresh restrictions to curb the spread of a new mutant strain of coronavirus.

In England, Boris Johnson effectively cancelled Christmas for almost 18 million people in London, south-eastern and eastern England as the region was put into a new two-week lockdown from Sunday.

The Prime Minister said people should ‘lift a glass to those who aren’t there’, knowing that celebrating Christmas apart this year meant there would be ‘a better chance that they’ll be there next year’.

Retailers in England are now ‘staring into the abyss’ due to tougher Tier 4 coronavirus restrictions across parts of the country the week before Christmas, industry leaders have said.

British Chambers of Commerce director general Adam Marshall said: ‘Christmas was already cancelled for many businesses, but even more will now suffer as a result of this last-minute decision.’

The British Retail Consortium (BRC) said that the Government’s ‘stop-start’ approach to regulations was ‘deeply unhelpful’.

Passengers faced packed train carriages out of London as many attempted to flee the capital following the announcement of tougher coronavirus restrictions.

Travellers were told that social distancing ‘will not be possible’ due to the volume of people on board, and those that felt ‘uncomfortable’ should not stay on the train.

It comes after Boris Johnson made the shock announcement that large parts of eastern and south-east England, including London, would be placed under Tier 4 restrictions.

Talks on a post-Brexit trade deal are set to continue through the weekend, as a deadline set by the European Parliament looms.

MEPs have said they need to see the terms of any agreement by Sunday evening if they are going to be able to ratify it before the end of the Brexit transition period on December 31.

However, it is thought EU leaders could provisionally sign off on a deal if the talks go on beyond that point, with formal ratification taking place in the new year.

France’s European affairs minister Clement Beaune suggested on Saturday that Sunday was unlikely to prove to be a hard deadline.

Starmer to promise new wave of devolution under Labour

Sir Keir Starmer is to commit Labour to delivering a new wave of devolution across the UK as he seeks to head off demands for Scottish independence.

In a keynote speech on Monday, he will say the party’s next manifesto will set out a programme to win power ‘in order to push as much power as possible away from Westminster’.

The Labour leader will say that he is offering ‘a positive alternative to the Scottish people’ while at the same time seeking ‘to preserve and renew the United Kingdom’.

Loyal BMW fleets to be rewarded through new scheme

BMW wants drivers who are loyal to the brand through fleet schemes to get rewarded.

Company car drivers that remain loyal to BMW will now have access to benefits and rewards through a new pilot scheme launched in the UK.

Called Inside Edge, it’s designed to give drivers the chance to engage with the brand and gain access to everything from productivity help to discounts on products. 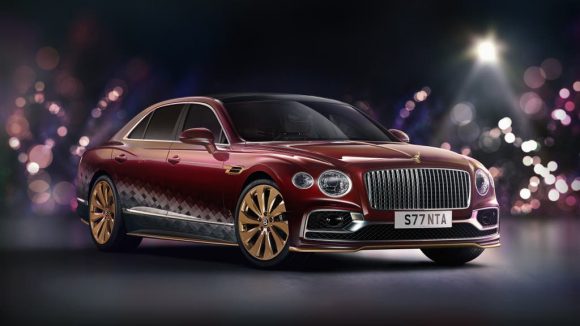 Based on the V8 model and nicknamed ‘Reindeer Eight’, it gets a unique dark red paint job called Cricket Bauble, which is based on Cricket Ball – one of the 62 colours in Bentley’s Extended Range.

The Flying B mascot has been replaced with a golden flying reindeer, while the badges have been swapped for a ‘Reindeer Eight’ symbol.

Starting the day with wind and blustery showers in the North East of England and Scotland, those will begin to clear in the afternoon, according to the BBC.

However, in the afternoon a band of rain will start in Northern Ireland into the far west of Scotland.

Overnight these will spread across Scotland and persistent rain will hit Southern England and East Anglia by the end of the night.