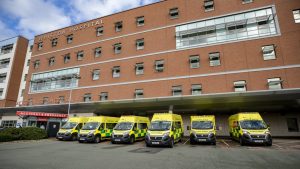 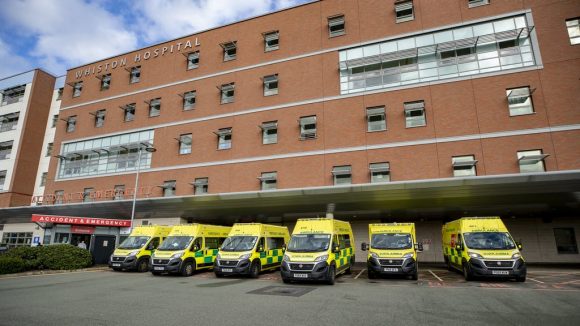 NHS England figures show there were 20,426 patients in NHS hospitals in England as of 8am on Monday, compared to the 18,974 patients recorded on April 12.

The number of further lab-confirmed cases of coronavirus recorded in a single day in the UK also hit a new high of 41,385 as of 9am Monday, although the real figure will be even higher as Scotland and Northern Ireland didn’t report between December 24 and 28.

European ambassadors have begun the process of approving the post-Brexit trade deal, as Britons were urged to prepare for life without the EU’s benefits.

The diplomats met on Monday to determine how they can provisionally approve the deal covering £660bn of trade in time for the end of the transition period on Thursday.

Tory Eurosceptics have been urgently poring over the details of the treaty brokered on Christmas Eve ahead of MPs being recalled to vote on the deal on tomorrow (December 30).

Financial resolutions are the most popular for 2021

Saving more, spending less and breaking free of debts are among the most popular financial resolutions people have made for 2021, a survey has found.

After the coronavirus pandemic threw household budgets into chaos in 2020, many people are hoping to steer themselves towards getting back on track over the coming year, according to research by YouGov carried out for Metro Bank.

More than half (54 per cent) of people questioned said they are determined to manage their money better in 2021 – rising to two-thirds (67 per cent) of 25 to 34-year-olds.

Volkswagen has called time on the production of its electric e-Golf as it creates a new assembly line for its latest I.D 3 EV.

The e-Golf was first introduced in 2014 and initially created at Volkswagen’s site in Wolfsburg.

Production was increased in 2017 and the Transparent Factory, Dresden, also began producing the model in order to cope with heightened demand, but now the I.D 3 will be made here.

The last lorry drivers who were stuck in their vehicles over the Christmas period were expected to cross to France last night, following a week of disruption at the English Channel border.

The Department for Transport (DfT) said the backlog of vehicles had been severely reduced and that the systems put in place to return traffic flow to normal were keeping pace with demand.

It comes after thousands of drivers spent Christmas Day in their vehicles when France temporarily closed its border on December 20.

The SSC Tuatara has failed to set a record for the world’s fastest production car at the second attempt, following a controversial first try.

In October, Shelby Supercars North America claimed to have set a two-way average of 316.11mph in Nevada, but when doubt was cast over footage of the runs, it vowed to have another go with better recording instruments and witnesses.

However, a number of issues led to a top speed of 251mph but SSC have said they will try again.

Rain in the east will spread into central areas of England today, says BBC Weather, and with it will bring some snow to the hills.

It will be mainly dry but cloudy later. Then tonight there will be clear spells and some showers in the west.

Tonight it will turn very cold in places with frosts expected for most.