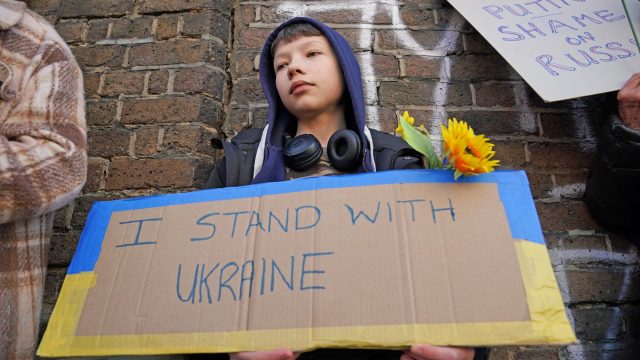 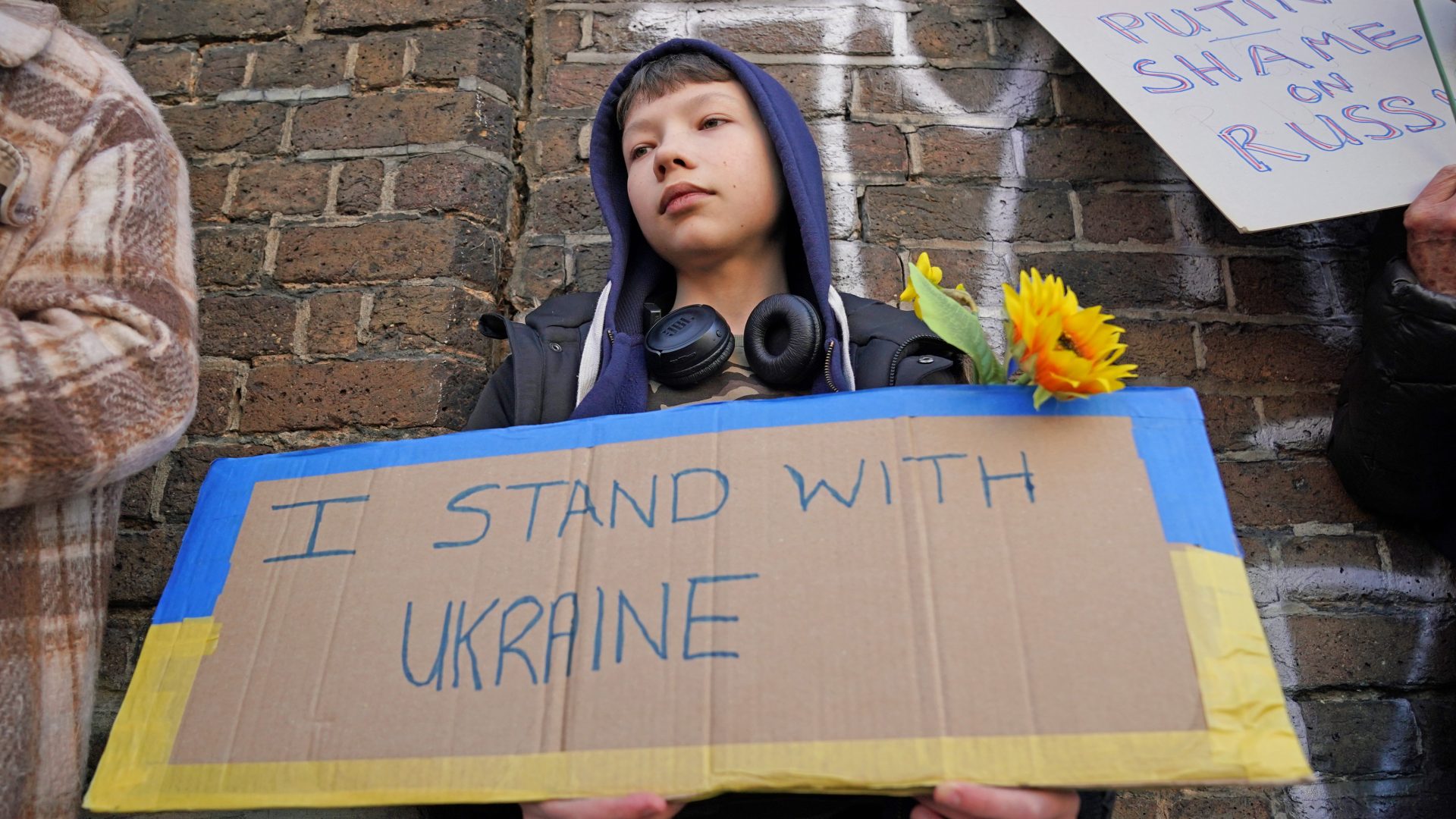 Russia has unleashed a wave of attacks on Ukraine targeting airfields and fuel facilities in what appeared to be the next phase of an invasion that has been slowed by fierce resistance.

Huge explosions lit up the sky early on Sunday south of the capital, Kyiv, where people hunkered down in homes, underground garages and subway stations in anticipation of a full-scale assault by Russian forces.

Flames billowed into the sky before dawn from an oil depot near an air base in Vasylkiv, where there has been intense fighting, according to the town’s mayor.

Mr Johnson also said the West is ‘tightening the economic ligature’ around Russia, with Britain, the US, Canada and the European Union together announcing selected Russian banks would be excluded from the Swift global payments system.

They said they would be imposing ‘restrictive measures’ to prevent the Russian Central Bank from deploying its international reserves ‘in ways that undermine the impact of our sanctions’.

Make preventing violence against women and girls a ‘priority’, police to be told

Police will be told to make tackling violence against women and girls as much a priority as fighting terrorism, child sexual abuse and serious and organised crime.

Home Secretary Priti Patel is expected to make preventing such attacks a national policing priority, known as a strategic policing requirement (SPR), for forces in England and Wales in an announcement this week.

The move comes after a police watchdog recommended the change as part of a root-and-branch review of the response from forces to violence against women and girls which found ‘problems, unevenness and inconsistencies’ in dealing with the ‘epidemic’ of violence against female victims in the UK.

Man in hospital after ‘explosion’ at property in Falkirk

One man has been taken to hospital after reports of an explosion at a property in Falkirk.

Billows of smoke were seen pouring from a building in Larbert at about 1.40pm on Saturday.

Locals nearby reported hearing an explosion before seeing flames engulf a property in Broomage Crescent, which has now partially collapsed.

British Airways passengers have criticised the “absolute chaos” at London’s Heathrow Airport after all short-haul flights on Saturday morning were cancelled due to a major IT outage.

The issue has also caused flight delays, with passengers stuck on planes after landing at the airport and baggage piling up.

The airline said the problem, which may also cause delays for its customers using Gatwick and London City Airport, is related to a hardware issue and is not because of a cyber attack.

Elon Musk says his satellite-internet service Starlink ‘is now active’ in Ukraine and more of its dishes are ‘en route’ following a request for help from the country’s deputy prime minister.

Mykhailo Fedorov earlier tweeted to the Tesla and SpaceX founder, saying: ‘Elon Musk, while you try to colonise Mars – Russia tries to occupy Ukraine! While your rockets successfully land from space – Russian rockets attack Ukrainian civil people! We ask you to provide Ukraine with Starlink stations and to address sane Russians to stand.’

Dry day ahead before rain sets in overnight

Today will be another dry and fine day for most areas with lots of sunshine. North-west Scotland will be cloudy with blustery spells of rain. It will be mainly dry but overcast in Northern Ireland, the BBC reports.

Tonight, cloud will spread eastwards across the UK. In addition, spells of rain will move into the northwest in the evening then spread across most of the remainder of the UK overnight.

Tomorrow will be largely wet and windy with bands of heavy rain moving in from the west. Drier in the north later on with some sunshine, although the north-west will have a few blustery showers.