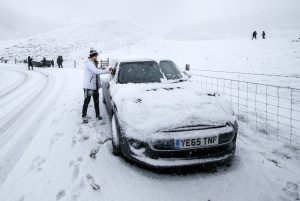 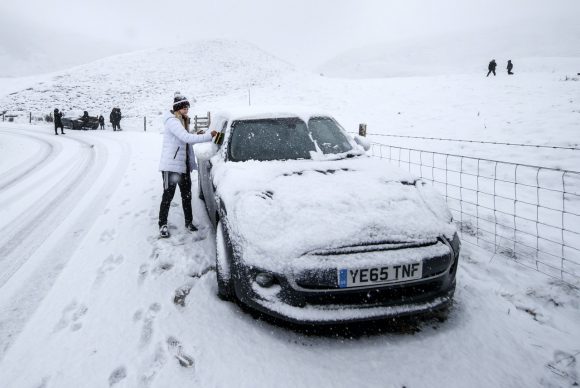 Hundreds of new vaccination sites are due to be up and running this week as the NHS ramps up its coronavirus immunisation programme with the newly approved Oxford University and AstraZeneca jab.

Some 530,000 doses of the vaccine will be available for rollout across the UK from Monday, with vulnerable groups already identified as the priority for immunisation.

The jab will be administered at a small number of hospitals for the first few days for surveillance purposes, before the bulk of supplies are sent to hundreds of GP-led services to be rolled out, according to NHS England.

Government under pressure to keep all schools closed

Pressure is mounting on the government to keep all school children in England learning from home when the new term starts next week amid fears over the spread of the new strain of Covid-19.

Confirmed cases were higher than 50,000 for the fifth day in a row when UK figures were released on Saturday with a record-high of 57,725 lab-confirmed cases and another 445 deaths within 28 days of a positive test.

Gavin Williamson confirmed on Friday that all London primary schools will remain shut to most pupils next week – rather than just those in certain boroughs as set out earlier in the week – but teaching unions say all schools should close for the next two weeks.

Residents of northern parts of the UK woke up to a blanket of snow on Saturday morning.

While motorists were urged to take care on the roads amid difficult driving conditions, some braved the snowy conditions, including the driver pictured above in Derbyshire.

The yellow weather warning for snow continues this morning and drivers are told some roads will be affected.

The Chinese government has said it would take necessary counter-measures in response to the New York Stock Exchange’s announcement that it would delist three major Chinese telecoms firms.

The stock exchange said on Thursday that it would delist China Telecom, China Mobile and China Unicom Hong Kong, with trading of the companies to be suspended sometime between January 7 and January 11.

The move stems from an executive order issued by US president Donald Trump on November 12 barring investment in publicly traded companies that the US government says are owned or controlled by the Chinese military.

More than 20 new Covid-19 testing centres for hauliers heading to France are being set up in the next few days, said transport secretary Grant Shapps.

He revealed that 10 of the sites would open yesterday, with a further 10 on today, and more being added during the week.

The government is also offering help to firms that wish to set up a testing location at their own premises and testing kits will be made available to companies free of charge under the initiative.

Home Secretary Priti Patel has said she is prepared to give policing and security agencies ‘even tougher powers to keep this country safe’ after the UK’s exit from the EU.

The Home Secretary said the country would be safer outside the EU.

However, the EU has made it clear that under the agreement the UK would not enjoy the same level of ‘facilities’ on policing and security issues as before.

A ‘harsh frost’ is set to grip parts of England amid more weather warnings for snow and ice.

The frost is set to form under clear skies in the north west this morning as some wintry showers could see icy patches in other regions, the Met Office said.

Early temperatures could fall to -1C in parts of Scotland and are not forecast to go above 4C for the rest of the nation, or most of England and Wales.

If you do have to travel this morning, stay #weatheraware and allow some extra time for your journey pic.twitter.com/DBsPTK0rBu