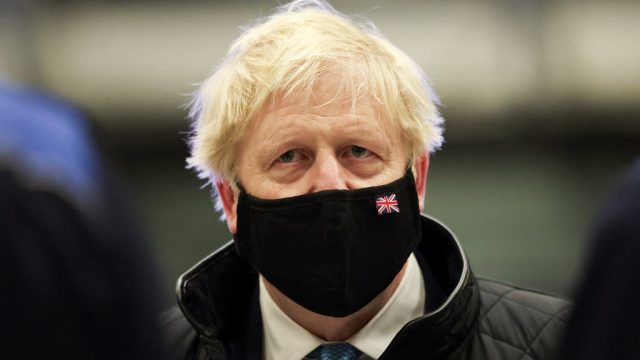 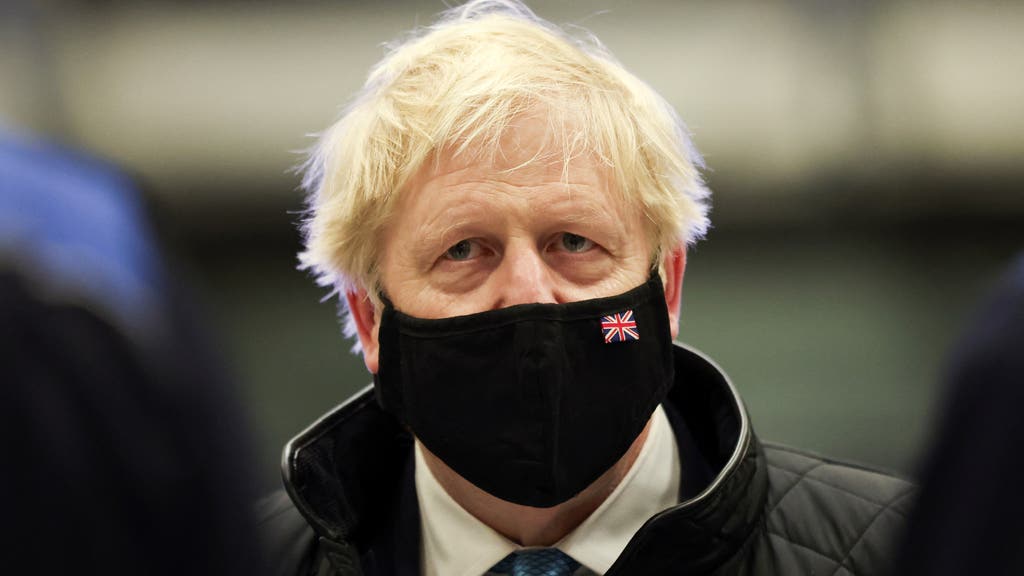 Boris Johnson has doubled down on a controversial planned tax hike to boost health funding, in a refusal to placate some Tory MPs concerned by the cost-of-living crisis.

The PM has been facing pressure from within his own party to scrap or at least delay the national insurance increase to win back support as he awaits the findings of Whitehall and police inquiries into claims of lockdown-busting parties held in Downing Street.

No 10 had still not received a copy of the highly-anticipated Sue Gray report on Saturday evening.

The Government has announced new plans to ‘breathe fresh life into disadvantaged communities’ across England as part of its long-awaited Levelling Up White Paper.

Wolverhampton and Sheffield will be the first of 20 areas selected to benefit from a ‘radical new regeneration programme’ launched by the Department for Levelling Up, Housing and Communities.

The chosen locations will be prioritised for a £1.5bn Brownfield Fund made available from April 2022.

Queen’s milestone Platinum Jubilee to be celebrated in 2022

The Queen’s Platinum Jubilee will be a milestone celebrated across the country in honour of a monarch who has left an indelible mark on the life of the nation.

Spanning a period from post-war Britain when rationing was still in place, to a world of virtual currencies, driverless cars and pandemics, the Queen’s period as head of state is forever entwined with the country’s history.

Her unique standing and length of her reign prompted royal author Penny Junor to say she believed ‘we will possibly never see her like again’.

The Prime Minister is looking at doubling the number of troops deployed to strengthen Europe’s borders, as he warned an incursion from Russia into Ukraine would be a ‘tragedy’.

Boris Johnson said the new offer to Nato currently under consideration would ‘send a clear message to the Kremlin’ that ‘we will not tolerate their destabilising activity’.

Children say they are ‘excited’ to get vaccinated as vulnerable five to 11-year-olds become eligible for their first Covid-19 jab.

Some 500,000 children in the age bracket, who are either most at risk of Covid-19 or live with someone vulnerable, are now able to get their vaccinations.

Parents and children arriving at Emberbrook Community Centre for Health in Thames Ditton, Surrey, at the weekend were among those pleased with the rollout.

People in the north east of England have said being without power is ‘awful’ and ‘like living in the dark ages’ as Storm Malik continues to rupture power cables across the country.

Weather warnings have been in place for most of Saturday as 100mph winds batter northern parts of the UK, causing the deaths of a 60-year-old woman in Aberdeen and a nine-year-old boy in Winnothdale, near Tean.

Power supplier Northern Powergrid said in a statement that more than 36,000 homes are still affected as a result of the storm, predominantly in Northumberland and County Durham areas.

Teenager and man stabbed to death in Doncaster

A 17-year-old and a man have been stabbed to death in Doncaster after an ‘altercation’ in the town.

Emergency services were called to the scene in Silver Street at 2.39am on Saturday to reports that two men and a teenager had been stabbed following an altercation outside a licensed premises, South Yorkshire Police said.

Despite the best efforts of police and paramedics, one of the men, aged 21, was pronounced dead at the scene.

A drink-driver has been banned from the roads after crashing into a McDonald’s restaurant, causing extensive damage.

Taylor Steel was disqualified from driving for two years after the crash at Buck Barn services on the A24 near Horsham, West Sussex, on November 24.

The 19-year-old, of Fairfield Way, Ashington, failed a breath test which showed he had 101mcg of alcohol per 100ml of breath – nearly three times the legal limit of 35mcg.

A backbench Tory MP who has been critical of the Government’s handling of the Afghanistan withdrawal has become the first to announce he intends to stand for leader if Boris Johnson is voted out.

It comes as the Prime Minister could finally get sight of the highly anticipated ‘partygate’ inquiry report from senior civil servant Sue Gray as early as this weekend, after police insisted they had not delayed its publication.

No 10 had still not received a copy of the report into possible lockdown breaches in Downing Street and Whitehall on Saturday evening.

Today, Scotland and Northern Ireland will become gradually cloudy and breezy, with a band of showery rain moving arriving later. It will be dry with sunshine elsewhere, but cloudier for some in the afternoon.

Tonight, frequent showers will affect the northern half of the UK wintry on hills, but the south will be drier with some clear spells. It will be very windy in the north with strong gusts likely.

Tomorrow will start blustery with a few showers in the west but drier with sunny spells in the east. Becoming cloudy in western areas in the afternoon. Sunny spells continue in the east.