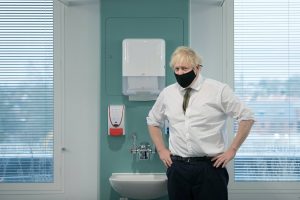 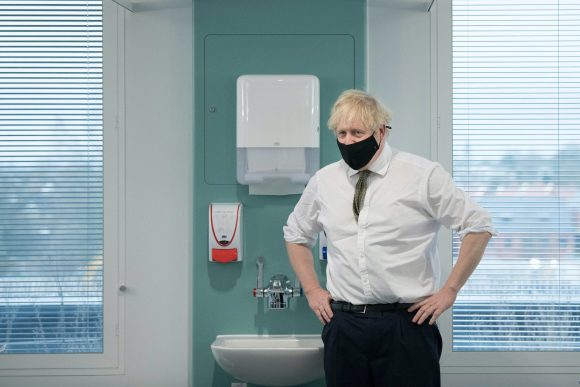 Here are the headlines on Tuesday, January 4

Public services are resorting to emergency plans to mitigate staff shortages caused by the Omicron variant of coronavirus.

At least six hospital trusts have declared critical incidents – where priority services may be under threat. Boris Johnson said on Monday that he would ‘make sure that we look after our NHS any way that we can’.

But health leaders warned the health service was ‘in a state of crisis’, and a headteacher predicted remote learning could return if school staff were struck down with the virus

A US judge is to hear arguments over a motion to dismiss a civil sex lawsuit brought against the Duke of York.

Virginia Giuffre is suing Andrew for alleged sexual assault when she was a teenager, but the duke’s legal team will make their argument to dismiss the case at a hearing on Tuesday.

Judge Lewis A Kaplan, who is presiding over the civil case, is due to hold a video teleconference a day after a 12-page document was made public revealing the terms of a 500,000 US dollars (£370,000) payout from convicted sex offender Jeffrey Epstein to Giuffre. The document detailed Giuffre had in 2009 agreed to ‘release, acquit, satisfy, and forever discharge’ Epstein and ‘any other person or entity who could have been included as a potential defendant’.

Starmer to set out vision of ‘security, prosperity and respect’ for country

The ‘best still lies ahead’ in 2022, Sir Keir Starmer is set to say, but ‘only if we have the courage to create a new Britain’.

The Labour leader is due to give a speech in Birmingham on Tuesday, where he will attempt to set out his vision for a future Labour government.

Sir Keir will look ahead to the Queen’s platinum jubilee and the Commonwealth Games later in the year. He will say how he wants to set out his vision for a future Labour government based on ‘security, prosperity and respect’.

Households can expect to take a ‘seismic’ hit to their energy bills which could force some to decide whether to eat or heat their homes, according to a consumer expert.

Money Saving Expert founder Martin Lewis said the government must intervene now to avoid a crisis in the energy market.

He told the PA news agency: ‘This year is going to be a very tough year for many people. The energy price crisis needs substantial intervention from the government. We are going to see a minimum 50 per cent increase in energy prices in the system and that is unsustainable for many.’

Worst of the pandemic is ‘absolutely behind us’, says vaccine scientist

One of the UK’s leading vaccine scientists and the driving force behind AstraZeneca says that the worst of the Covid-19 pandemic is behind us.

Speaking to The Telegraph a year on from the first time AstraZeneca was administered to a member of the public, Prof Pollard expressed optimism going forward – even as the Omicron variant continues to ravage the UK. ‘The worst is absolutely behind us. We just need to get through the winter,’ he said.

New rules that will make it harder for foreign firms to buy British businesses considered key to national security have come into force.

The National Security and Investment Act is said to be the biggest shake-up of the UK’s national security regime for 20 years and will allow ministers to more closely scrutinise approaches by overseas interests.

It means the government will also be able to impose certain conditions on a takeover or block it – although ministers were keen to stress this will happen rarely.

But arrivals will continue and more people will drown in the narrow sea between France and Britain if the government pursues its ‘dangerous and callous policy’, ministers have been warned.

Last year’s record number – an increase of about 20,000 on 2020 – came despite millions of pounds promised to French authorities to tackle the issue.

Drivers slapped with more than 22,000 parking tickets every day

Drivers are being handed an average of more than 22,000 tickets every day by private parking firms, according to new research.

Companies issued four million tickets to British motorists between April and September, analysis of government data by the PA news agency revealed. This was despite car use being more than a quarter below pre-coronavirus pandemic levels in the early part of the six-month period.

If the rate of tickets continues, the total for the financial year will come close to the record high of 8.4m set in 2019/20.

New Year’s Eve saw a ‘shift in behaviour’ from the cautious attitude of shoppers ahead of Christmas, as high street footfall rose, retail experts say.

Footfall increased by 5.2 per cent on UK high streets on December 31 compared with a week earlier on Christmas Eve, according to data from industry analyst Springboard. In central London alone, footfall surged by 54.8 per cent on New Year’s Eve from a week earlier, while historic town centres also saw a boost.

This is in contrast to pre-pandemic levels when high street footfall across the UK declined by nine per cent on New Year’s Eve 2019 from Christmas Eve.

Turning chilly today after days of record high temperatures for the start of January. Wintry showers for Scotland, while elsewhere there will be spells of sunshine with the odd drop of rain. Highs of around eight degrees celsius.

Tonight, a breezy and chilly night for all. Clear spells across most of the country with wintry showers and very strong gusts in the north.