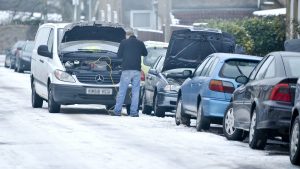 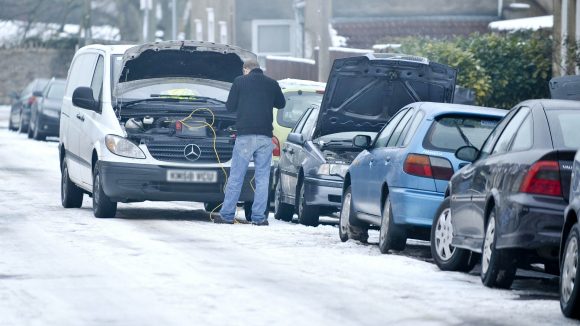 A new national lockdown looks likely to be imposed across England as the government was accused by Labour of letting coronavirus ‘get out of control’.

As events developed rapidly, the Daily Mail reported the government’s key ‘Covid-O’ committee that oversees restrictions was expected to meet today to decide changes to the coronavirus regime.

The newspaper quoted a government source as saying ministers were looking at putting even more areas of England into the toughest Tier 4, which already covers a total of 44m people while plans for a return of shielding for vulnerable people in England are being drawn up too,  says The Daily Telegraph.

Parents and teachers face a ‘confusing picture’ of primary school closures, according to a teaching union, as local authorities call on the government to delay children returning to classrooms.

Prime Minister Boris Johnson said he has ‘no doubt’ that classrooms are safe and parents should send children back to schools in England which remain open.

All of London’s primary schools and those in some surrounding areas will not reopen until January 18, with students elsewhere expected to return to classrooms today. But councils in Cumbria and Kent have urged the government to allow schools to remain closed, while unions are calling for all schools to switch to remote learning.

The first doses of the Oxford University and AstraZeneca vaccine are set to be administered in what has been described as a ‘pivotal moment’ in the UK’s fight against coronavirus by the Health Secretary.

Just over half a million doses of the newly approved vaccine will be available from today, with vulnerable groups already identified as the priority for immunisation.

Jabs will be delivered at some 730 vaccination sites already established across the UK, with others opening this week to take the total to more than 1,000, according to the Department of Health and Social Care.

Holyrood has been recalled to discuss further measures due to ‘a rapid increase in Covid cases’ causing ‘very serious concerns’.

First Minister Nicola Sturgeon is to meet her government this morning after fears were raised about how rapidly the new strain of coronavirus is spreading.

The Cabinet is expected to discuss any additional measures that may be required to reduce the transmission of coronavirus, ahead of a debate in Parliament. It comes as the whole of mainland Scotland is already under the toughest tier of restrictions.

Motorists face ‘flat battery Monday’ as they try to travel by car for the first time in weeks or even months, experts are warning.

Halfords said workers might have problems starting their cars after they have been lying as a result of Christmas and the virus-related lockdowns.

Motorists will not have used their cars in several weeks or even months, with any issues compounded by the cold weather, said Halfords.

Almost 30,000 job losses were recorded across restaurants and casual dining firms in 2020 as the pandemic drove a 163 per cent jump in job cuts, according to new figures.

New data compiled by the Centre for Retail Research (CRR) has revealed that 29,684 jobs were lost across fine dining, independent businesses and large multiple casual-dining chains during the year.

It represents a sharp increase from 2019, when 11,280 job losses were reported across the sector.

The BBC says today will be cloudy with rain in south-eastern areas of the UK, easing later in the afternoon. It will be drier and brighter elsewhere with sunny spells in northern areas and there will be a few light wintry showers in northern England.

It will be breezy tonight in the south with cloudy skies in England and Wales, but there will be the odd clear spell. Elsewhere there will be clearer skies, but a few wintry showers in east and south Scotland.

Tomorrow, it will remain breezy in the southern half of the UK, with further showers in south-east England. A few wintry showers in northern England and sunnier skies in western areas of the UK.