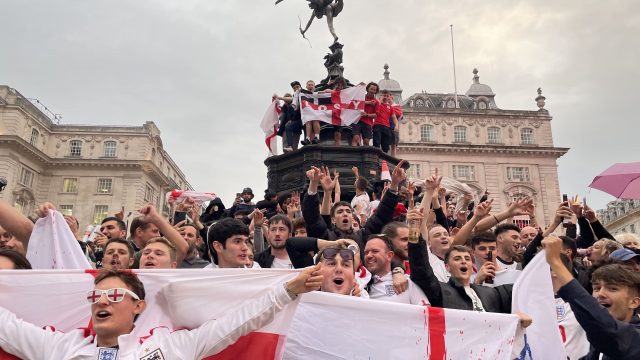 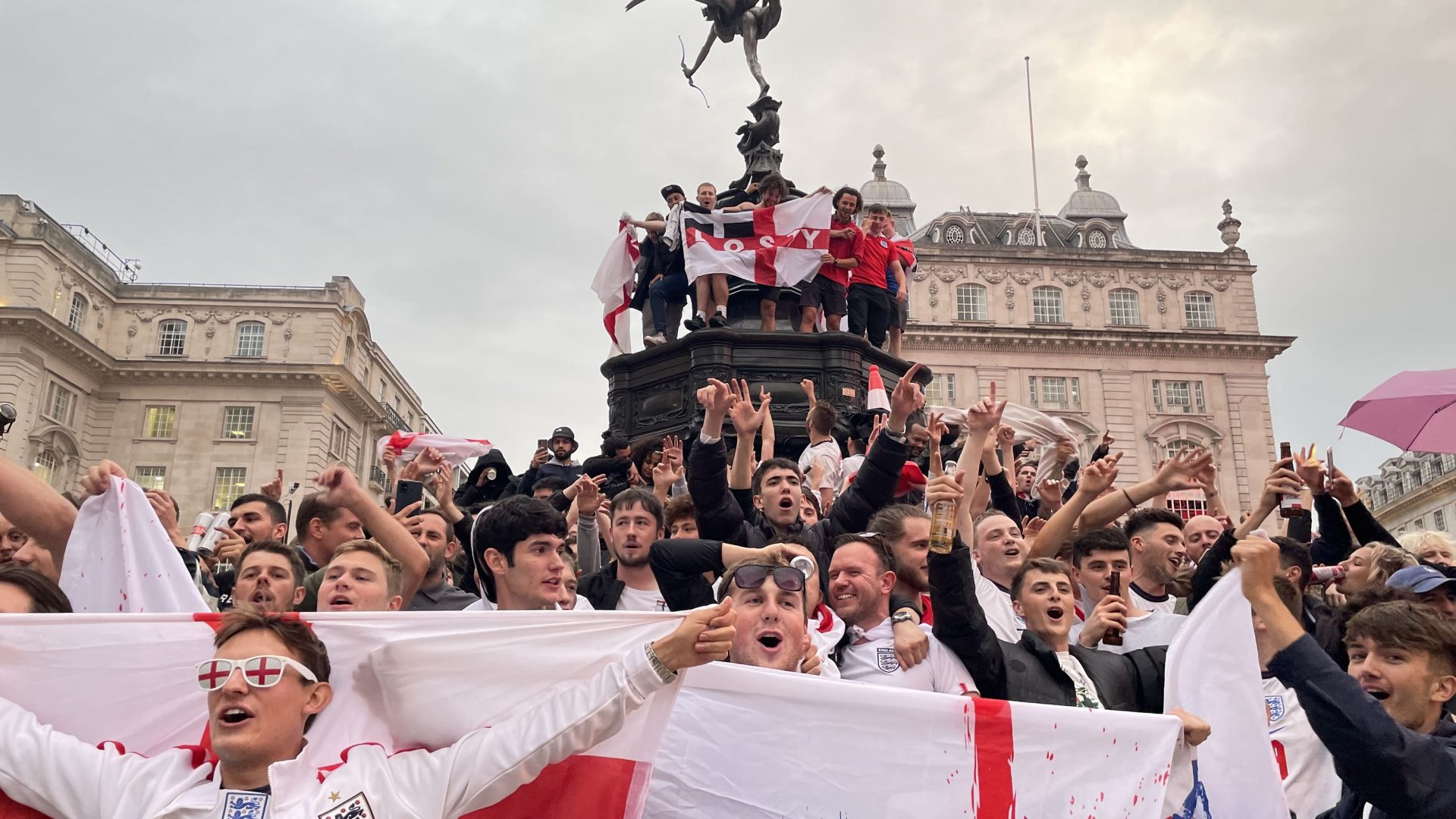 Leading doctors are urging the Government to keep some measures in place in England after July 19 in a bid to help control the spread of Covid amid the ‘alarming’ rise in cases.

The British Medical Association said that keeping some protective measures in place was ‘crucial’ to stop spiralling cases numbers having a ‘devastating impact’ on people’s health, the NHS, the economy and education.

Dr Chaand Nagpaul, BMA council chair, said easing restrictions was not an ‘all or nothing’ decision, and that ‘sensible, cautious’ measures will be vital to minimising the impact of further waves, new variants and lockdowns.

England will look to see off Ukraine to reach the last four of a major tournament for the first time in 25 years – but will have to do it largely without support in the stands.

The Three Lions will take on Andriy Shevchenko’s Ukraine at the Stadio Olympico in Rome, but Italy remains on the UK’s amber list and fans have been urged not to travel.

Regulations in Italy also mean fans would have needed to have spent five days in quarantine and have had a negative post-isolation Covid test to be allowed into the stadium.

Asda has confirmed it will introduce a permanent hybrid working model for head office staff once social distancing restrictions are lifted.

The Leeds-based supermarket said its office in the West Yorkshire city and a second site in Leicester will remain open but employees will be able to work from any location best suited to their job.

Bosses said there is no set number of days staff will be expected in the office but they should talk to their managers to ‘strike the right balance between home and office working, whilst ensuring this is led by the needs of the business’.

Sweets giant Haribo has revealed it is struggling to get stocks to stores across the UK because of a shortage of lorry drivers.

The German confectionery business, responsible for Starmix and Tangfastics, said: ‘As is the case with many manufacturers and retailers throughout the country, we are experiencing challenges with regards to the nationwide driver shortage.

‘We are working with partners across the food and drink industry to address and respond to this problem.’

130 countries back deal on global minimum tax for companies

Some 130 countries have agreed on a global minimum tax backed by US President Joe Biden as part of a worldwide effort to keep multinational firms from dodging taxes by shifting their profits to countries with low rates.

The agreement is an attempt to address challenges presented by a globalised and increasingly digital world economy in which profits can be relocated across borders and companies can earn online profits in places where they have no taxable headquarters.

The deal calls for a global minimum tax of at least 15 per cent, a key element pushed by Mr Biden as he seeks to raise more revenue for his infrastructure and clean energy plans.

Mobile phone retailers are selling devices that could lose vital security updates before pay monthly contracts have finished, leaving them exposed to cyber criminals, according to Which?.

The consumer organisation found that 48 per cent of mobile phone deals across a range of retailers could lose security support before the end of the contract period.

It warned that the lack of updates potentially left owners vulnerable to hackers who could take control of the phone and steal personal information, or even facing bills for hundreds of pounds for services that they have not used themselves.

Avoid contact with pet cat or dog if you have Covid-19, say experts

Cat or dog owners who have Covid-19 should avoid their pets while infected, experts have said.

Scientists in the Netherlands have found that coronavirus is common in pet cats and dogs where their owners have the disease.

While cases of owners passing on Covid-19 to their pets are considered to be of negligible risk to public health, the scientists say that there is a ‘potential risk’ that domestic animals could act as a ‘reservoir’ for coronavirus and reintroduce it to humans.

Lynk & Co has pledged to have a 50/50 gender split across the company by the end of this year.

The Swedish firm, which has close ties to Volvo, describes itself as a mobility company, but builds cars that can be ‘owned’ through a month-to-month subscription model.

It has conducted research with data analysts at Statista and found that the average automotive company has just 15 per cent female workers, with the highest being around 30 per cent and the lowest just two per cent.

FTSE down but German market closes in the green

The FTSE 100 ended the day down yesterday in what was a mixed day for the markets in Europe.

Today, it will be largely cloudy with spells of heavy rain and thunderstorms developing across the UK. The north of Scotland may remain dry for a time, with heavy showers expected to arrive later, says the BBC.

Tonight, heavy and thundery showers will continue to be widespread across the UK. However, southern and eastern areas will see showers tending to ease, with a few clear breaks developing here too.

Tomorrow, thunderstorms and frequent heavy showers will redevelop widely for many and persist for the remainder of the day. However, parts of the east may remain drier until the late afternoon.