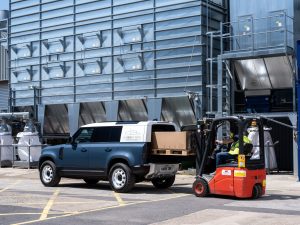 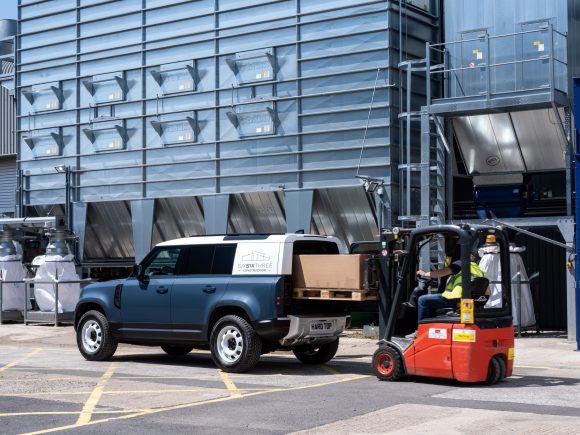 Harsher restrictions are coming into force in Leicester today following a surge in the number of coronavirus cases in the city.

Non-essential shops will be closed – including car dealers – a few days before the rest of England moves to ease restrictions on places of social gathering such as pubs and restaurants from Saturday.

Rising numbers of cases in the East Midlands city – 10 per cent of all positive cases in the country over the past week – will see people advised against all but essential travel. Schools in the area will shut on Thursday. 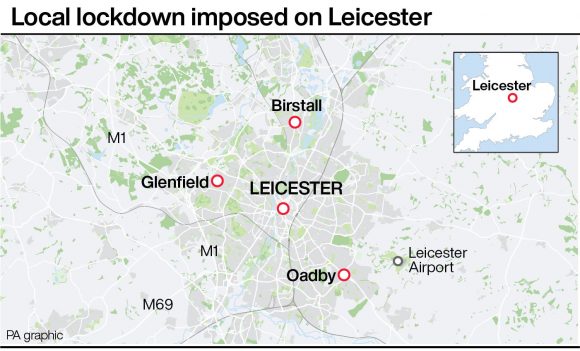 The Hard Top name is being added to the latest Land Rover Defender model line-up.

Dating back to the 1950s, the Hard Top badge has been synonymous with commercial versions of the famous off-roader.

Available on commercial versions of the 90 and 110 Defender, the Hard Top is being developed by the Land Rover Special Vehicle Operations to ensure its durability and will cost from £35,000 plus VAT.

Extra and Westmorland achieved the joint highest score of 97 per cent in a poll of 9,808 people conducted by watchdog Transport Focus.

Between them they only operate 10 of England’s 112 motorway service areas, including Beaconsfield on the M40 in Buckinghamshire, Gloucester on the M5 and Tebay on the M6 in Cumbria.

European car sales down 57 per cent in May

Car sales across the European Union were down 57 per cent in May as the coronavirus pandemic decimated the industry in all 27 countries.

The UK was worst-hit, with sales down 89 per cent, while Slovenia and Belgium weathered the storm best of all, seeing sales dip 31 and 32 per cent respectively.

The government is set to sell a record amount of debt between April and August this year, as it deals with the fall-out from the coronavirus crisis.

According to new figures from the Debt Management Office, officials are planning to sell £275bn worth of government bonds over the period.

It is more than double the debt that the UK took on for the entirety of 2019, and £50m ahead of the office’s previous estimate for April to July. Most of the money is being poured into efforts to underpin the flailing economy.

US markets seemed detached from the reality on the ground on Monday, as they helped drag their European cousins upwards.

The FTSE 100, which had been fairly stable up until the opening bell in New York, jumped as it saw the upbeat mood on the other side of the pond.

Boris Johnson has promised an infrastructure spending blitz to revitalise the battered UK economy in the wake of the coronavirus pandemic.

The prime minister said he is preparing for an effort comparable to Franklin D Roosevelt’s New Deal following the Great Depression in the US in the 1930s.

As the first phase, the government is setting out details of a major schools rebuilding and refurbishment programme. Johnson is expected to make further commitments in a keynote speech today. 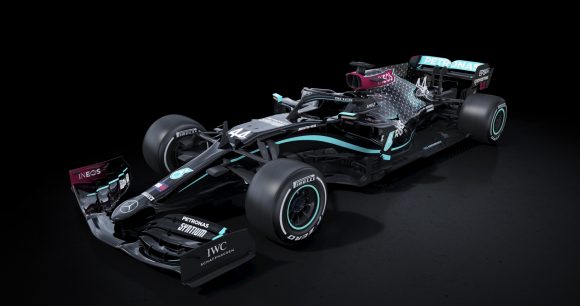 The Mercedes-AMG Formula 1 team has revealed an all-black livery for its 2020 cars to represent its ‘stand against racism and discrimination in all forms and a public pledge to further improve the diversity of our team and our sport’.

The German team, which normally races in its iconic silver, will use the black base colour for both its cars, driven by Lewis Hamilton and Valtteri Bottas, throughout the coming season.

British driver Hamilton has spoken publicly about discrimination in recent weeks, calling on fellow drivers to not be silent in the fight against racism. He also attended Black Lives Matter protests.

Kim Kardashian West is selling a stake in her beauty brand for a $200m in a deal that values the TV reality star’s three-year-old business at $1bn.

The buyer is Covergirl owner Coty Inc, which will get a 20 per cent stake in KKW Beauty.

People in the UK are still travelling less than 50 per cent of their pre-pandemic distance despite lockdown restrictions easing, according to new figures.

Movement is only increasing by around 2-3 per cent each week, University of Oxford data shows despite the government dropping its ‘stay home’ slogan on May 10

After sinking to a 98 per cent reduction compared with pre-lockdown levels in mid-April, as of June 22 travelling had increased to around 45 per cent.

This week, Car Dealer Live moves to a three shows a week programme – with shows at midday every Monday, Wednesday and Friday. Yesterday’s Car Dealer Live can be seen below.