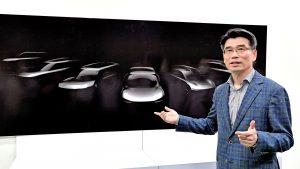 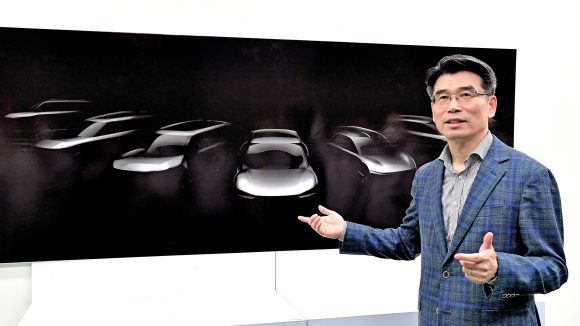 Kia is accelerating its plans to electrify its range and predicts 25 per cent of its global sales will be electric cars inside the decade.

The brand will launch its first dedicated battery electric vehicle – code named CV – next year and it will also show off a fresh design direction for the manufacturer.

Kia has also promised to work with a worldwide network to expand EV charging infrastructure across the globe and promised seven new dedicated battery electric vehicles (BEV) by 2027.

Kia president and CEO Ho-sung Song gave the details and a special event at the brand’s Hwasung plant in South Korea.

He said: ‘Kia has sold more than 100,000 BEVs worldwide since the introduction of our first mass-produced BEV in 2011, the Kia Ray EV.

‘Since then, we have started to introduce a range of new BEVs for global markets and announced plans to accelerate this process in the years ahead.

‘By refocusing our business on electrification, we are aiming for BEVs to account for 25 per cent of our total worldwide sales by 2029.’ 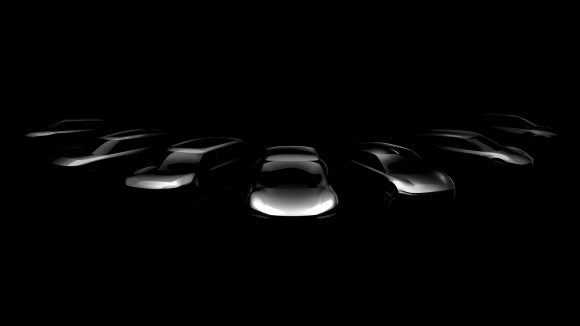 In just five years time, Kia will have 11 electric vehicles in its global range and believes that in its advanced markets – including Korea, North America and Europe – BEV sales will account for 20 per cent of its total as soon as 2025.

The model dubbed CV will be showcased next year and is said to offer ‘high-performance driving and recharging characteristics’.

Kia says it could also shake up the way it sells electric cars.

A new subscription service is being mulled over which will offer customers ‘diverse buying options’ while rental programmes for the batteries are also being weighed up.

And the manufacturer has said it has invested in charging brand Ionity and will be putting 2,400 chargers in place in Europe at its dealerships.

The firm said: ‘Kia is striving to secure a comprehensive charging infrastructure for customers through strategic alliances, starting with a strategic investment in Ionity, a European company specialising in high-speed EV charging, in September last year.’

Yesterday, oil giant BP joined calls for petrol and diesel cars to be banned from sale by 2030.

The firm, which is rapidly installing electric vehicle charge points on its forecourts across the country, said the ban ‘can and should be brought in sooner’.