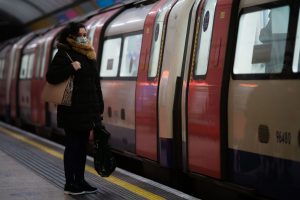 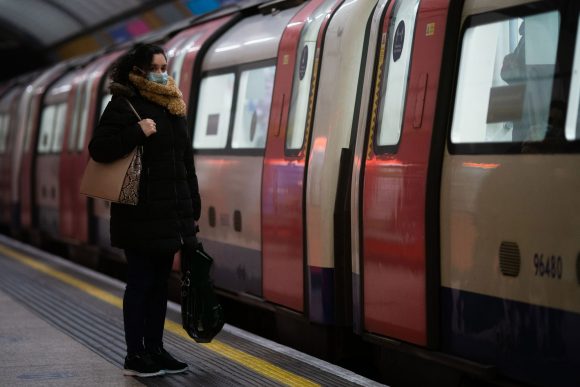 Latest economy figures confirm UK is heading back into recession

The UK’s economy is on course for a double-dip recession after official figures out today (Jan 15) show that gross domestic product fell by 2.6 per cent in November versus October.

The decline followed six consecutive months of growth, with a 0.6 per cent improvement in GDP in October, and reflected the stricter coronavirus restrictions.

Data from the Office for National Statistics (ONS) showed that the vehicle repair industry was part of the services sector that suffered the second-largest decline. 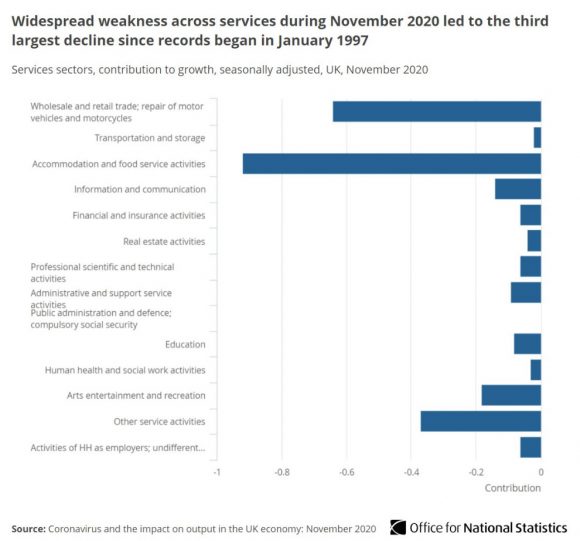 GDP at the end of November was 8.5 per cent below its pre-pandemic peak, said the ONS, and is expected to fall further after the third lockdown, which began earlier this month.

The latest figure was actually ahead of analysts’ forecasts, who had predicted a 4.6 per cent drop in November.

But if restrictions stay in place for the first three months of 2021, economists have warned that the UK will see a double-dip recession.

The hospitality sector is now nearly 10 per cent (9.9) smaller than it was in February 2020, before the impact of the pandemic was first fully felt.

The production sector shrank by 0.1 per cent in November, according to the new figures, but construction grew by 1.9 per cent.

Darren Morgan, director for economic statistics at the ONS, said: ‘The economy took a hit from restrictions put in place to contain the pandemic during November, with pubs and hairdressers seeing the biggest impact. 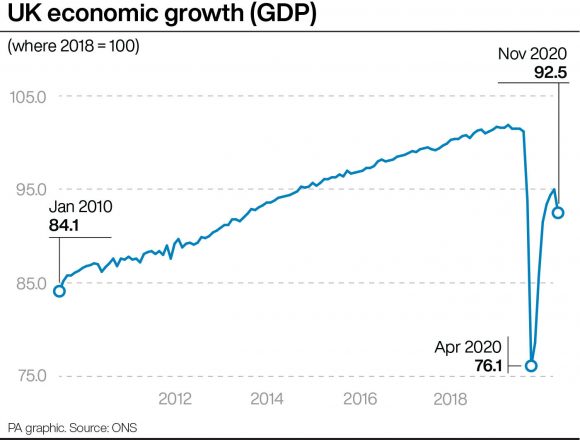 ‘However, many businesses adjusted to the new working conditions during the pandemic, such as widespread use of click-and-collect as well as the move online.

‘Manufacturing and construction generally continued to operate, while schools also stayed open, meaning the impact on the economy was significantly smaller in November than during the first lockdown.

‘Car manufacturing, bolstered by demand from abroad, housebuilding and infrastructure grew and are now all above their pre-pandemic levels.’

Jeremy Thomson-Cook, chief economist at Equals Money, said: ‘The UK economy contracted in November as the country slowly slipped back into the lockdowns that have been a feature of life since then and through the Christmas period.

‘The services sector remains the hardest hit, and naturally the most valuable to the UK economy as a whole.

‘Given conditions were lighter in November – lower tiers, more businesses able to trade at some level – today’s numbers confirm that Q4 2020 will be the first quarter of the new double-dip recession.’

James Smith, research director of the Resolution Foundation, said: ‘The sharp GDP fall in November as England entered its second national lockdown suggests that the UK is in the midst of a double-dip recession as it starts the year with even stricter restrictions.

‘But while the economic story today is of only the second-ever double-dip recession on record, the story of the year will be a vaccine-driven bounce back in economic activity for sectors like hospitality and leisure.

‘The chancellor must do everything he can to support that recovery once public health restrictions ease.’