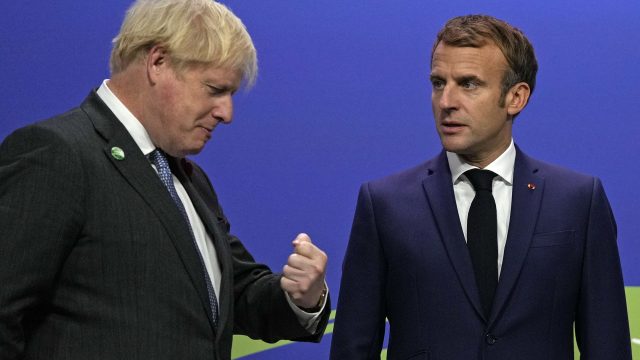 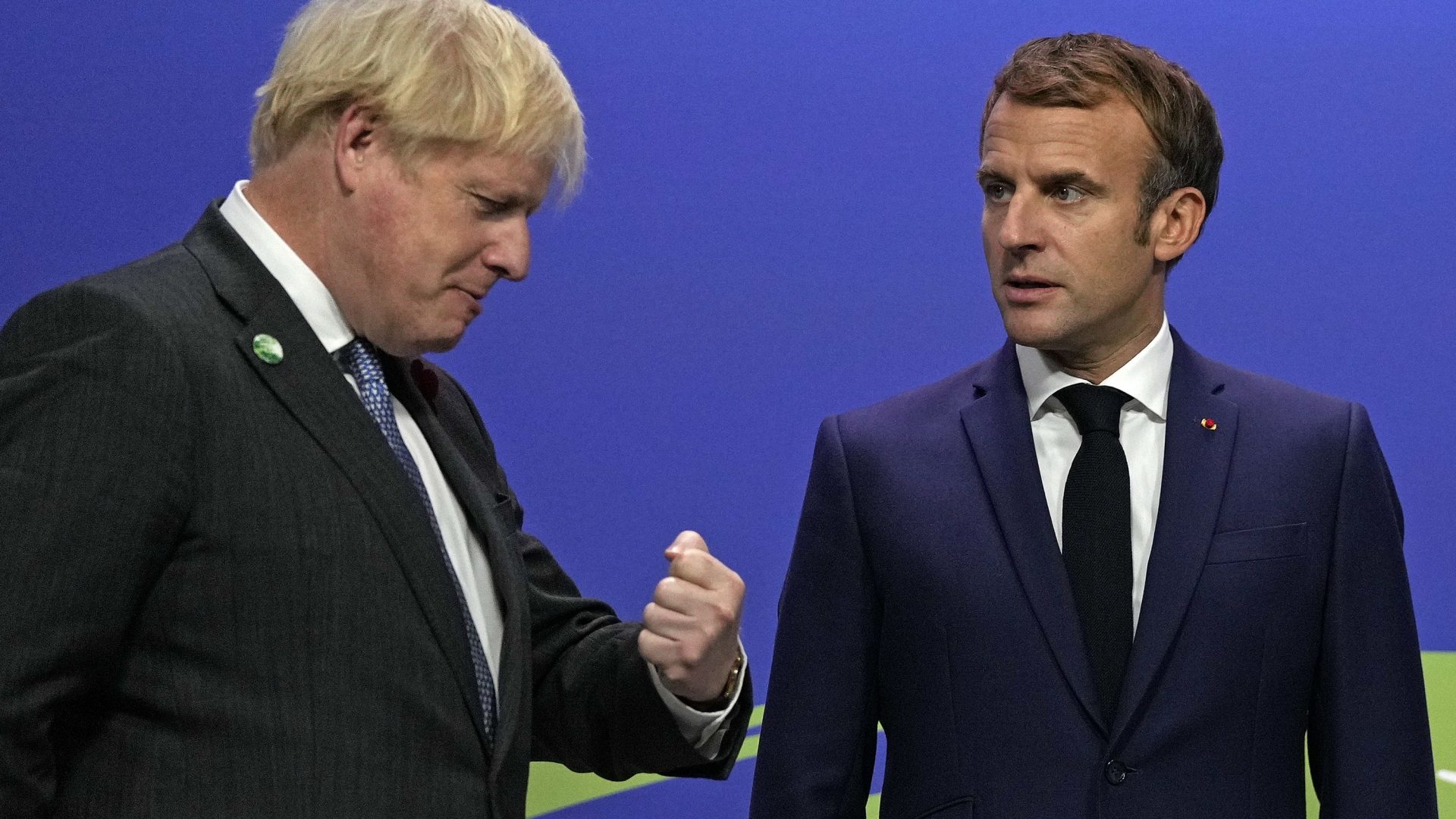 The UK government has been condemned by French president Emmanuel Macron for failing to live up to its ‘grand statements’ on helping Ukrainian refugees.

His comments came as the government intends to further ramp up pressure on the Kremlin.

Speaking at the end of an EU summit in Versailles, Macron reportedly criticised Britain’s visa policy which required applicants to make them in person in Brussels or Paris. According to The Guardian, Macron said this further exacerbated circumstances for those fleeing the war.

The government is intending to further ramp up pressure on the Kremlin with plans to ban exports of luxury goods to Russia in the latest move to isolate Vladimir Putin.

Details of the plans will be set out in the coming days, Downing Street said.

It came as Boris Johnson joined with other G7 leaders on Friday to commit to further increase the pressure on the Russian president’s regime. The group agreed to take steps to deny Russia ‘most favoured nation’ status on key products, which No 10 said would significantly reduce the ability of Russian businesses to export.

The crisis in Ukraine and the Northern Ireland Protocol will be high on the agenda as Irish premier Micheal Martin meets Boris Johnson in the UK this weekend.

On Saturday, the Taoiseach will watch the Six Nations match between Ireland and England at Twickenham alongside the prime minister following a bilateral meeting.

The leaders are expected to discuss Irish and British relations and the humanitarian crisis in Ukraine asMartin visits the UK as part of a programme of events to mark St Patrick’s Day.

Rollout of fourth dose of Covid-19 vaccine being ‘kept under review’, Javid says

The rollout of a fourth dose of the Covid-19 vaccine is being ‘kept under review’, the Health Secretary has said.

Sajid Javid said ministers would continue to follow advice and guidance from the Joint Committee on Vaccination and Immunisation (JCVI) after figures showed a rise in coronavirus infections in the four UK nations.

Latest figures meanwhile have shown that for the first time since the end of January, all nations have seen a simultaneous week-on-week increase in infections. Figures published by the ONS infection survey said that across the UK as a whole, 2.6m people were estimated to have coronavirus last week, up from 2.4m.

The TUC said its analysis showed that gas and electricity bills are on course to increase by 54 per cent when the price cap set by Ofgem changes in April, but average weekly wages will go up by 3.75 per cent.

The union organisation estimated that record high energy prices could wipe out the entire value of pay rises this year. The TUC says those on low incomes will be hit hardest by sky-rocketing bills, as years of weak wage growth and benefit cuts have left working families ‘badly exposed’ to the cost of living crisis.

The RAC has announced a new partnership with Zap-Map to help electric vehicle drivers who have run out of charge.

The charge point mapping app will now be distributed to the RAC’s 1,600 patrols via all their devices be that phones, laptops and in-van terminals, allowing them to find their nearest and most suitable EV charger in order to help electric car owners top-up and get back on the road as quickly as possible.

James Gibson, RAC head of technical, said: ‘By ensuring all our patrols have Zap-Map on their RAC devices, we’re giving members with EVs extra reassurance that we’re equipped on every level to get them going again, should they ever run out of charge or encounter a faulty charge point.’

The Competition and Markets Authority (CMA) and European Commission announced parallel probes into the ‘Jedi Blue’ agreement between the firms, amid worries this impacted competition.

The CMA said it is specifically looking into whether the firms restricted or prevented the uptake of header bidding services. The watchdogs said they are scrutinising a September 2018 agreement, which Google code-named ‘Jedi Blue’, allowing Meta’s audience network to work alongside Google’s open bidding programme.

Figures released by the west London airport show it was used by only 2.9 m passengers in February. That was 15 per cent below the forecast total.

Some 5.4m passengers travelled through the airport in February 2020, before the coronavirus crisis had a major impact on the aviation industry. Heathrow said outbound leisure travel is ‘recovering strongly’, but demand for inbound flights ‘remains supressed’ by the coronavirus testing and quarantine requirements in nearly two-thirds of the markets it serves.

A cloudy start for the north while the south will see sunny spells, reports BBC Weather. However, later on, all areas will see outbreaks of rain.

Rain will continue to fall tonight in most areas. Some eastern and northern areas will be clear to start off with, but will turn wetter towards dawn.