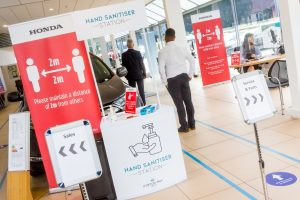 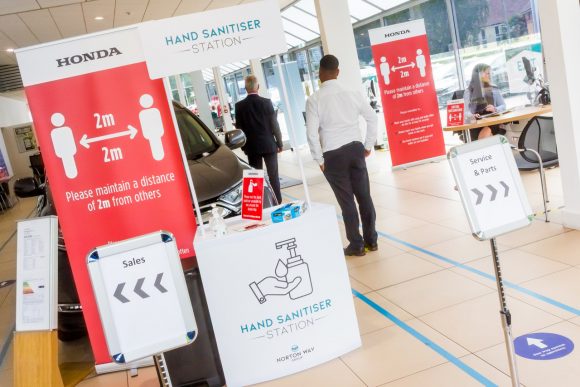 New data from the Office for National Statistics shows that 97.5 per cent of automotive businesses are trading – but bosses say there may be 7,000 more redundancies by the end of August.

The Institute of the Motor Industry has analysed the latest ONS data for July 29 to August 9 and found that the automotive sector was performing well compared against others, with a further 1.5 per cent of auto businesses aiming to reopen by the middle of August.

It also had the highest percentage of businesses (20 per cent) that saw their turnover increase in the last week of July and first week of August.

A total of 24,464 businesses were included in the ONS study, with 4,438 hailing from the automotive wholesale, retail and repair trade, including motorcycles.

Thirteen per cent of automotive businesses had shown flexibility and resilience by diversifying to provide new goods or services as a result of the pandemic.

However, nearly three-quarters – 73 per cent – saw their operating costs increase because of having to bring in anti-Covid hygiene precautions, pictured above, with nine per cent saying it had been a significant rise.

More than two-thirds (36 per cent) said their cash reserves would last more than six months – but six per cent said they had no reserves or less than a month’s, which could put 5,700 businesses at risk.

The furlough scheme had kept redundancies in the sector relatively low so far at one per cent of the workforce – with 120,000 still furloughed

But the data shows that automotive employers are predicting another 7,000 jobs could be axed by the end of this month, with five per cent of businesses intending to permanently shut their sites in the next three months, and 76 per cent of them saying this will lead to redundancies.

IMI chief executive Steve Nash said: ‘There is a real mixed story from the latest ONS data – showing on the one hand the inventiveness and flexibility of the sector in the face of severe challenges.

‘More than one in 10 automotive employers have diversified their range of services to ensure they can sustain their business long-term. However, the impact of additional hygiene measures and other business changes appears to be taking its toll, with 73 per cent of automotive businesses saying their operating costs have increased.

‘The other big issue is, of course, the impending end of the furlough scheme – albeit there is much lobbying currently for this to be extended.

‘The latest data shows there is no hiding from the fact that the hangover of lockdown – and the continued restrictions on movement – is hard to overcome for many. We have already seen several automotive employers announce significant redundancies and there is potential for even bigger numbers in the next month or so.

‘September 1 and everything that a new plate normally brings will be a key point in showing just how hard our sector has been hit by Covid-19 – and how quickly it can recover.

‘Again, we would call on the chancellor to move quickly now – rather than wait for his autumn budget – to make a cut in VAT on car sales. Just as his “meal deal” has done for the hospitality sector, it could make a big difference in encouraging consumers to get back into the showrooms – virtual or physical.’