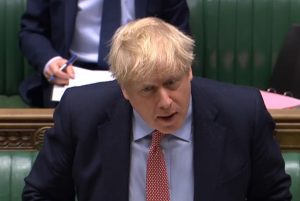 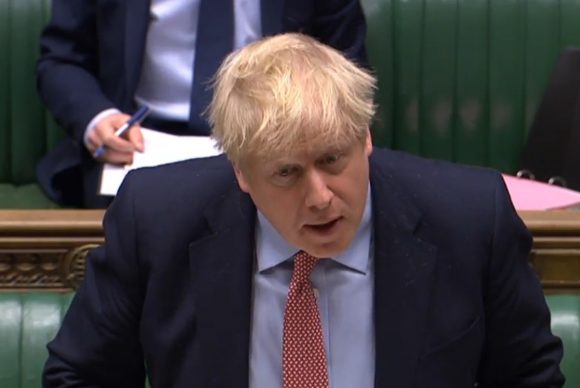 Legislation to ratify Boris Johnson’s trade deal with the EU has cleared its first Commons hurdle today after MPs gave it a second reading by 521 votes to 73, majority 448.

It means MPs have voted to approve legislation that will allow the Brexit trade deal secured by the prime minister last week to pass into UK law.

The European Union (Future Relationship) Bill cleared its committee stage unamended, with this stage lasting a matter of minutes in the Commons due to a lack of time which meant none of the 14 pages of amendments were considered.

The SNP forced a vote on the Bill’s third reading with a result expected shortly before 3pm.

Summing up the second reading debate, cabinet office minister Michael Gove said the deal leaves the UK ‘as sovereign equals with the EU’.

He told MPs: ‘Democracy is why we are here. More people in the 2016 referendum voted to leave the European Union than have ever voted for any proposition in our history.

‘And now, four-and-a-half years later, we can say that we have kept faith with the people.

‘This deal takes back control of our laws, our borders and our waters and it also guarantees tariff-free and quota-free access to the European market as well as ensuring our security and is a good deal for aviation, for haulage, for data, for legal services and financial services – and it leaves us as sovereign equals with the EU.’

Rachel Reeves, shadow chancellor of the Duchy of Lancaster, said that Boris Johnson’s ‘limited’ deal is better than having no deal at all.

Reeves added: ‘There are now just two paths ahead for our country. Down one is the Prime Minister’s limited and unimpressive deal with the European Union.

‘But down the other is the chaos of ending the transition period with no deal at all which would mean substantial tariffs and barriers to trade and no agreement on security co-operation.

‘There is no other option now and to abstain is to fail to choose, to suggest somehow that we are indifferent between these two paths before us.

‘I am not, I don’t believe other members are either. This is Johnson’s deal, where neither option is ideal but a limited deal is better than no deal at all and it is a foundation upon which we can build.’

Earlier today, the SMMT had been calling for the deal to be ratified ‘immediately’ to assist businesses within the automotive sector.

This story will be update as more news comes in