The consumer car finance market enjoyed a seven per cent growth in new business in September 2020 against the same month last year, according to the Finance & Leasing Association.

But new business volumes were 22 per cent lower during the first nine months of 2020 than they were over the same period in 2019.

However, private new car sales financed by FLA members in the 12 months to September 2020 reached 94.5 per cent – the second highest annual penetration rate on record.

New business volumes for the consumer used car finance market, meanwhile, grew by nine per cent in September 2020 versus the same month in 2019, although in the year to September 2020, they fell by 19 per cent against the same period last year. 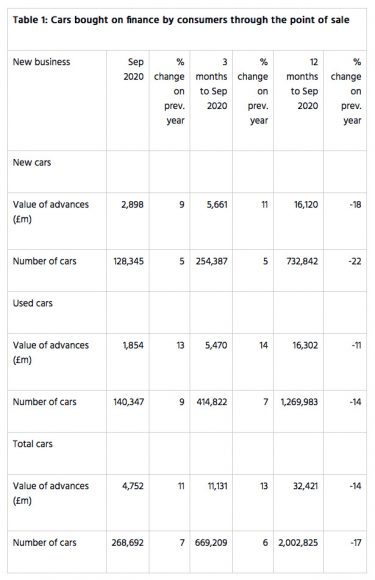 Geraldine Kilkelly, head of research and chief economist at the FLA, said: ‘The FLA’s latest figures show that the consumer car finance market has played a significant role in the UK’s economic recovery following the easing of the first lockdown restrictions in June.

‘As we enter a new phase of national lockdowns across the UK, it is vital that that the government and Bank of England support all lenders, including non-banks, by providing direct access to funding.

‘This will enable the motor finance industry to meet the ongoing demand for forbearance and new credit.’ 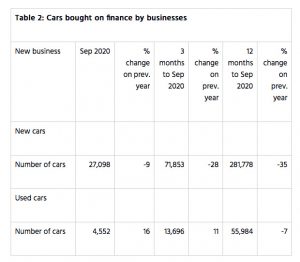