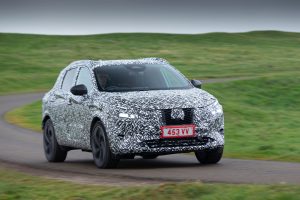 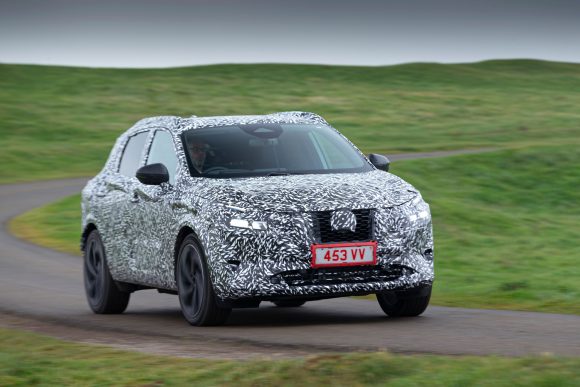 Nissan shows off new Qashqai ahead of spring unveil

Nissan has given the clearest look at its third-generation Qashqai due next year and published new details.

Although still dressed in its testing camouflage, new photographs reveal the design of the new Qashqai which is slated for launch in the spring.

The new SUV is currently being tested on European roads and will be built in Sunderland, just like the two previous Qashqais.

The Qashqai uses the Renault-Nissan Alliance’s new CMF-C platform, with the doors, front bumpers and bonnet all made from aluminium. The lighter materials gives a 21kg weight saving over the outgoing model.

Overall, the body shell is 60kg lighter and 41 per cent stiffer than the old car’s. 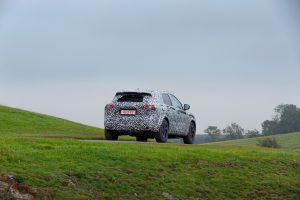 The new Qashqai gets Macpherson strut suspension front and rear, with regular two-wheel drive models getting a torsion beam at the rear. All-wheel drive Qashqais will get a multi-link setup, however.

Under the bonnet there will be a 1.3-litre petrol engine with mild-hybrid technology in two power outputs, and a new E-Power hybrid model.

Unlike many hybrids, however, the petrol engine will be only used to charge the batteries with the electric motor powering the front wheels.

The new Qashqai arrives in the spring but will have a tough act to follow – the previous second-generation car, introduced in 2014, has clocked up over a million sales in Europe.

Nissan suffers 44.4bn yen loss as it struggles with pandemic and scandal