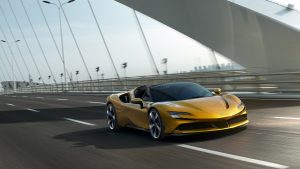 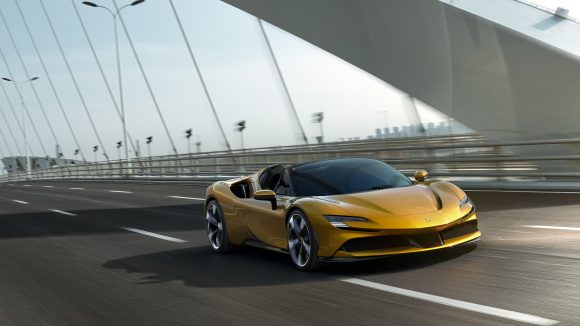 Boris Johnson’s most senior adviser Dominic Cummings is reportedly set to leave his Downing Street position by the end of the year.

Cummings told the BBC that ‘rumours of me threatening to resign are invented’ after speculation that he would follow communications director Lee Cain in leaving Number 10.

However, he said that his ‘position hasn’t changed since my January blog’ when he wrote that he hoped to make himself ‘largely redundant’ by the end of 2020. The BBC also quoted a Downing Street source as saying Cummings would be ‘out of Government’ by Christmas.

Coronavirus vaccines could be flown into the UK to avoid potential disruption at the border when Britain leaves the single market and customs union at the end of the year, the health secretary has said.

Matt Hancock said he was ‘confident’ that a no-deal Brexit would not delay supplies, amid concern that the Pfizer vaccine – which is manufactured in Belgium – could be affected by Britain’s departure from the EU.

It comes after the head of British firm Croda International, which supplies a crucial ingredient in the Pfizer-BioNTech vaccine candidate, warned that avoiding border disruption will be ‘a crucial step’ in ensuring it is available to millions of people.

Ferrari lifts the lid on SF90

Ferrari has introduced a new convertible version of its SF90 supercar – the SF90 Spider.

It utilises a retractable hard-top set-up which allows the cabin to be better insulated from outside noise than other drop-top methods. It can be raised or lowered in just 14 seconds and can be operated at speeds of up to 28mph, too. The roof also weighs in around 40kg lighter than a conventional retractable hard top.

Underneath the SF90 Spider uses a plug-in hybrid setup – a first for a Ferrari production spider model. It combines a V8 engine with two electric motors at the front of the car linked to a 7.9kWh battery. It means that the SF90 Spider can travel up to 15 miles on electric power alone and has a total of 986bhp; prices start at €473,000 (£424,600) in Italy.

The chief executive of B&M Bargains has paid his offshore family trust £44m in dividends as the high street discounter handed out £204.1m of ‘surplus’ cash to shareholders following soaring profits.

Simon Arora, who founded the business and has a 15 per cent stake through Luxembourg-based SSA Investments, revealed a special dividend of 25p per share for investors and increased an interim dividend by 59 per cent to 4.3p a share.

B&M has been allowed to open throughout the national lockdowns, classed as an ‘essential’ retailer. It initially used the government’s furlough scheme, but subsequently repaid £3.7m it had claimed, and also benefited from a business rates holiday aimed at struggling retailers, pubs and restaurants, saving £38m.

We’ve been given the go-ahead to deliver the #A303Stonehenge upgrades by the Secretary of State for Transport.

A controversial £1.7bn plan to dig a road tunnel near Stonehenge alleviating a notorious bottle-neck has been given the go-ahead by transport secretary Grant Shapps.

The decision, announced by Transport Minister Andrew Stephenson, goes against the recommendations of planning officials, who warned it would cause ‘permanent, irreversible harm’ to the World Heritage Site.

Highways England says its plan for a two-mile tunnel will remove the sight and sound of traffic passing the site and cut journey times on the A303 – a popular route for holiday makers. Preparatory work is due to begin in spring next year, with the five-year construction phase expected to start by 2023.

Michelin has introduced the new e.Primacy – the first tyre in the world which is carbon neutral at the point of purchase.

In order to deliver a carbon-neutral tyre, Michelin invested in projects which absorb, avoid or offset carbon emissions, including replanting trees. The new e.Primacy will be available to order – in one of 56 sizes from 15 to 20 inches – from March 1, 2021.

The FTSE 100’s eight-day rally came to an end on Thursday as soaring optimism regarding the Covid-19 vaccine finally tempered, closing in the red.

Connor Campbell, financial analyst at Spreadex, said: ‘The jubilation of the last week-and-a-half was absent on Thursday, as, like any runner sprinting during a marathon, the markets hit a wall.’

Rain will sweep across the country this morning, reports BBC Weather, leaving brighter and calmer weather during the afternoon. Scotland and Northern Ireland will be breezier with a mixture of sunny spells and showers.

Tonight, most of the UK will be clear but patch rain will develop and spread from the west and south.