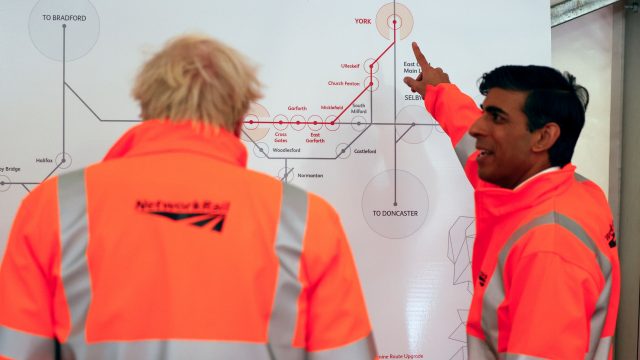 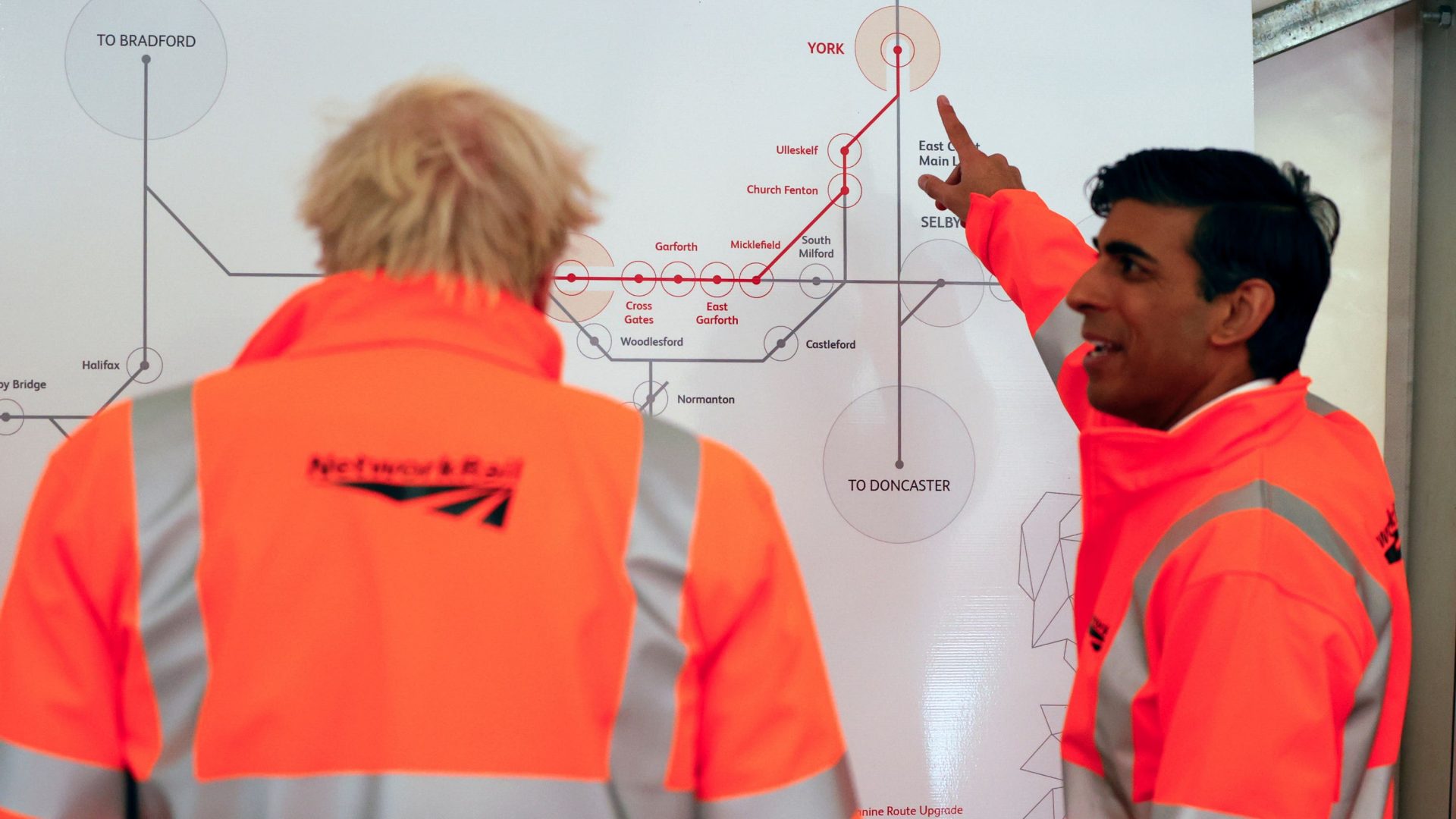 MPs have expressed frustration over reports that rail upgrade plans for the north of England are to be watered down.

According to the i, the government is to scale back ambitions for Northern Powerhouse Rail, with proposals to deliver it through track upgrades rather than building a new line.

Shadow transport secretary Jim McMahon said ministers were attempting to ‘quietly back out’ of infrastructure schemes that they had ‘committed to dozens of times’. Deputy Labour leader Angela Rayner said Northern Powerhouse Rail – the name given to proposals for an east-to-west high-speed train line across the north – had been ‘a fraud’.

The prime minister has said Cop26 ‘sounded the death knell for coal power’, but his delight at any progress made at the Glasgow summit is ‘tinged with disappointment’.

Cop26 president Alok Sharma was close to tears on a couple of occasions during an hours-long final plenary, including as he apologised to delegates for the way a change to the pact’s wording on fossil fuels was brought about at the eleventh hour.

Following a push led by China, and backed up by India, it was decided to change the language from accelerating the ‘phase out’ of unabated coal to ‘phase down’, a move that prompted angry responses from European and vulnerable countries.

MPs are set to vote on whether to scrap the controversial standards reforms that sparked Westminster’s sleaze row.

A motion to rescind the so-called Leadsom amendment, which looked to establish a review of the MPs standards investigation process and delay Owen Paterson’s suspension for breaking lobbying rules, has been tabled by commons leader Jacob Rees-Mogg for Monday.

Since the fallout caused by the vote, which has divided Tory backbenchers, the government has backed a motion set out by senior Labour MP Chris Bryant, who chairs the Select Committee on Standards. Bryant’s motion, if approved by MPs, would reverse the amendment that Conservatives were controversially whipped to vote for on November 3.

Industry bodies are urging the finance secretary to introduce a business rates discount for all retail premises for the coming financial year as shops struggle in the ‘shadow’ of Covid.

Thirteen organisations, including trade unions and business representative groups, have jointly written to Kate Forbes ahead of next month’s draft Scottish budget calling for a further discount to business rates in 2022-23.

They warn that a return to full 100 per cent business rates from April next year will be ‘insurmountable’ for many shops.

More than 300,000 workers are set to receive a pay rise after higher rates were announced for the Real Living Wage, a voluntary rate paid by thousands of employers.

The Living Wage Foundation, which sets the rates, said almost 9,000 employers across the UK now pay the wage, which is higher than the statutory National Living Wage of £8.91 an hour for adults, which will rise to £9.50 in April.

Nationwide lockdown ordered in Austria for the unvaccinated

The Austrian government has ordered a nationwide lockdown for unvaccinated people in a bid to slow the fast spread of coronavirus in the country.

The move means unvaccinated individuals aged 12 and above will be banned from leaving their homes from midnight on Sunday, except for basic activities such as working, food shopping, going for a walk – or getting jabbed.

Authorities are concerned about rising deaths and that hospitals will not be able to handle the growing influx of Covid patients.

Awesome to see @anthoyte's – aka Pedalling Picasso – @Strava art getting the recognition it deservers.

A man known as the ‘Pedalling Picasso’ has created a virtual portrait of a moustached man by cycling 75 miles across London for Movember.

Hoyte said the portrait is ‘all about challenging the stigma around mental health’ as he hopes to raise £3,925 for the cause – a pound for every man’s life lost to suicide in 2020. ‘If I can raise awareness and some cash for Movember doing something like this, then fantastic,’ the 53-year-old said.

Another cloudy for most today, reports BBC Weather, while the far north will see the burst of sunny spells. A little rain might linger in northern England and northern Wales for a time, though.

Tonight will see a mixture of cloudy and clear spells with the odd spot of rain. In the far north it will turn increasingly windy, with rain arriving near dawn.