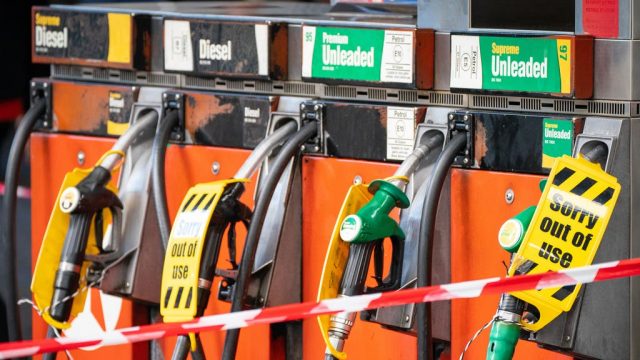 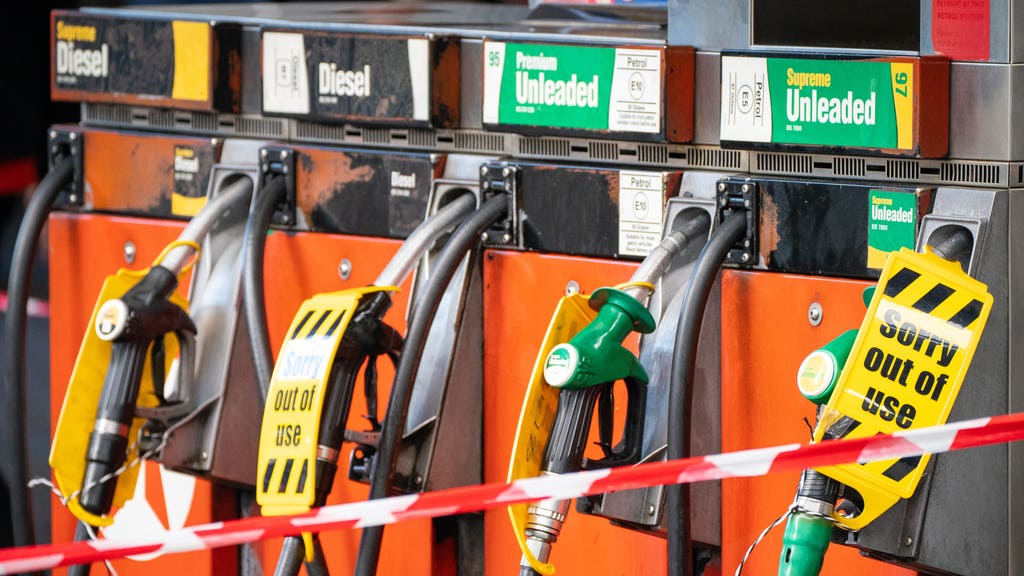 Britons could see their energy bills rise by 30 per cent next year, analysts have said.

Research agency Cornwall Insight has predicted further volatile gas prices and the potential collapse of even more suppliers could push the energy price cap to about £1,660 in summer.

The forecast is approximately 30 per cent higher than the record £1,277 price cap set for winter 2021-22, which commenced at the start of October.

On the last day of the Conservative Party conference, Mr Johnson said he was setting out the ‘difficult’ process of reshaping the British economy.

With labour shortages hitting supply chains, leading to empty shelves and queues at petrol stations, Mr Johnson defended his strategy of restricting the supply of cheap foreign labour after Brexit, insisting his new approach would ultimately create a ‘low-tax economy’.

HS2 has said it is ‘bitterly disappointed’ after charges against climate change protesters who occupied tunnels near Euston Station were dropped.

Daniel Hooper, 48, also known as ‘Swampy’, Dr Larch Maxey, 49, Isla Sandford, 18, Lachlan Sandford, 20, Juliett Stevenson-Clarke, 22, and Scott Breen, 47, all faced charges of obstructing or disrupting a person engaged in a lawful activity, which they denied, after digging tunnels underneath Euston Square in north London and living inside them for a month.

Dr Maxey also denied a charge of criminal damage of a mobile phone.

Past Covid infection, together with being fully vaccinated, increases an individual’s protection against the virus to as much as 94 per cent, according to the Zoe Covid study.

The research found two doses of Oxford/AstraZeneca provided 71 per cent protection against infection up to six months after vaccination, while protection was increased to 90 per cent among those who previously tested positive for the virus.

Council tax may need to rise by up to five per cent a year for the next three years to keep services running and pay for social care reforms, an influential think tank has warned.

The Institute for Fiscal Studies (IFS) said that under current Government spending plans, a rise of at least 3.6 per cent on council tax bills will be needed per year just for town halls to keep services running at the levels seen before the coronavirus pandemic.

But the researchers said this would likely be a minimum requirement, with extra cost pressures and demand potentially meaning bills could rise by up to five per cent every year up to 2024/25.

A Brighton and Hove Albion footballer has been arrested on suspicion of sexual assault after a woman was allegedly attacked in the Sussex town.

Sussex Police said a man in his 40s and a man in his 20s were arrested following the alleged incident at a Brighton venue in the early hours of Wednesday morning.

The Premier League club later confirmed a player was involved in the investigation.

HSBC UK is expanding the availability of its buy-to-let mortgages to brokers.

Previously, landlords needed to go directly to the bank for an HSBC buy-to-let mortgage.

But now, some 13,500 independent mortgage advisers from more than 510 broker firms can include HSBC UK’s buy-to-let mortgages within the advice they give their clients.

Queen thanks engineering and technology industry for ‘invaluable’ inventions

The Queen has praised those working in engineering and technology for their countless ‘invaluable’ inventions and for making a difference to society every day.

The monarch, who is patron of the Institution of Engineering and Technology (IET), sent a message to mark the organisation’s 150th anniversary.

Her late husband, the Duke of Edinburgh, was a passionate champion of engineering and the Queen’s recognition of work in the field comes just six months after Philip’s death.

Ford has teamed up with neuroscientists to develop a more effective way of detecting if drivers are tired, distracted or not concentrating behind the wheel.

Alerting drivers who are tired or distracted could, according to Ford, help keep other road users safe, given that driver fatigue is cited as a contributing factor in up to 25 per cent of fatal and serious road incidents.

Stefan Wolter, research engineer, research and advanced Engineering, Ford of Europe, said: ‘The brain processes huge amounts of information when we are driving, but that may change as driver assistance technologies do some of the driving for us.’

Car traffic sinks to lowest level since May amid fuel crisis

The fuel crisis has been blamed for bringing car use down to its lowest level since May.

Department for Transport figures show car traffic in Britain on Tuesday last week was at 86 per cent of pre-pandemic levels.

It has not been that low since mid-May.

Breezy day ahead for much of the UK

Today, northern and western areas will have patchy spells of rain. For the south and east, it will be drier with a few breaks in the cloud allowing for some sunny intervals. It will be a breezy day for many, says the BBC.

Tonight, southern and central Scotland and N Ireland will see patchy spells of rain continue, and these may fall locally heavy at times. Mostly dry elsewhere, with the occasional break in cloud.

Tomorrow will bring mostly cloudy skies over Scotland and N Ireland with outbreaks of rain persisting; mainly in western parts. Elsewhere should escape drier with some sunshine. Winds easing slightly.