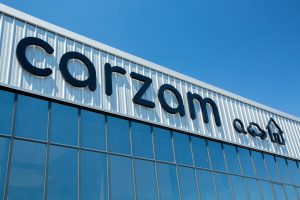 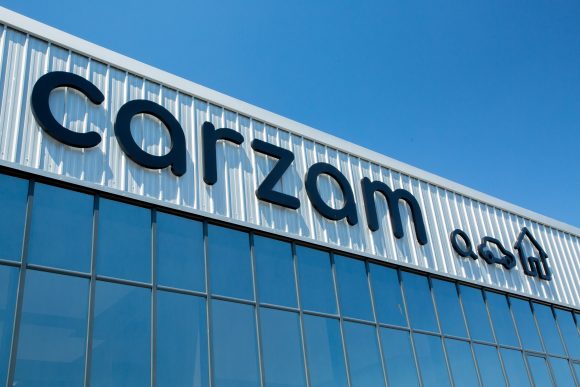 This week on Car Dealer Live we’ve had an opportunity to see what dealers have been working on during lockdown, talked with manufacturers and we’ve had a bit of a vans theme too.

Meanwhile, James Baggott took to the skies to visit Peter Waddell at his new Carzam super preparation centre in Peterborough.

Baggott also spoke with Peter Vardy who revealed how things had been since Scotland reopened dealerships, and Derren Martin from Cap HPI revealed how dealers have had their best ever June.

Mercedes-Benz Vans UK managing director Steve Bridge joined us on Car Dealer Live at the beginning of the week.

Bridge, who has spent six years as managing director of the maker’s UK van division, discussed the impacts of the coronavirus crisis and subsequent lockdown on the LCV sector – admitting that the small surge despite the conditions took the firm by surprise.

He said demand for Mercedes-Benz’s LCVs increased in the lockdown to the point that customers have been buying back their old de-fleeted vans for extra capacity.

He said: ‘We’ve been really surprised there wasn’t a price drop going into June – we expected it to be really volatile and maybe come done before it recovered, but it didn’t do that, it stayed strong.’

Big Motoring World boss Peter Waddell talks to us about his online car retail website Carzam, which will be launched on September 1 with a stock of 4,000 cars.

He and business partner John Bailey, former president of Cox Automotive, will pump £50m of their own cash into the new online car sales business.

In an exclusive video interview with Car Dealer Magazine, the larger than life car dealer boss picked us up in his own helicopter, showed us around his incredible house and supercars, before flying us to Peterborough to see a new preparation centre that will churn out 350 cars a day.

Vanarama boss Andy Alderson appeared on Car Dealer Live in a show packed with some fascinating insight and tales of how the business began.

He discussed how he set up Autorama in 2004 and Vanarama in 2007, taking a business from zero to hero status as it is now one of the leading names for leasing commercial vehicles and cars.

Alderson began the firm with three members of staff based in a Portakabin and has now grown it into a leading business with more than 250 employees.

Peter Vardy reopened the doors to his 15 showrooms on Monday with a smile on his face.

‘All the way through this I have tried to only fret about stuff I can do something about and not fret about things I can’t,’ says the CEO of the eponymous dealer group.

He was chatting to us at the end of the second day of business from one of the group’s Porsche dealers in an exclusive video interview.

• Exclusive: Peter Vardy shows us around his reopened dealers and reveals one salesman sold 100 Porsches in lockdown

Tom Blackmore, owner of Divine Automotive in Harrogate, deals in very particular and rare cars – from modern classics to supercars – but even he reported to have seen a strong market since lockdown.

He explained on Car Dealer Live that, as he deals in such low volume and had money in the bank, shutting completely during lockdown was the safest thing to do.

Since reopening on June 1 though, he’s seen strong demand that’s even higher than usually on some cars.