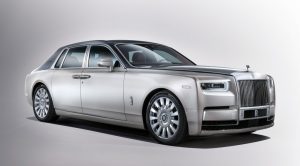 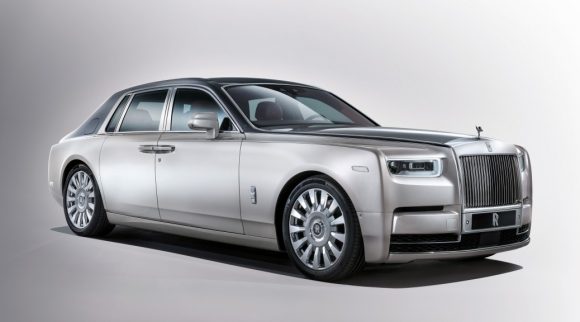 ROLLS-ROYCE has pulled the covers off the new eight-generation model of its iconic Phanton luxury saloon, claiming it is the ‘most silent car in the world’.

The opulent motor car is based on a new all-aluminium ‘Architecture of Luxury’, which lends the Phantom a greater level of ‘Magic Carpet Ride’ owing to it being ‘lighter, stiffer, quieter and more technologically advanced’, according to the British brand.

Power comes from a newly developed 6.75-litre, twin-turbocharged V12 engine. Producing 563bhp and 900Nm of torque, it is coupled with an eight-speed ZF automatic gearbox.

The Rolls-Royce Phantom has 6mm two-layer glazing all over the car and more than 130kg of sound insulation to achieve its silent claims.

The latest Phantom is also pitted as the “most-technologically advanced Rolls-Royce ever”, thanks to a wide range of assistance systems. These include a four-camera system with panoramic view, night vision, collision warning, cross-traffic warning, a wi-fi hotspot and the latest BMW Group navigation and entertainment systems.

As far as the Phantom’s exterior is concerned, it bears all the hallmarks of a classic Rolls-Royce. There’s the iconic Pantheon grille, which has been integrated into the car’s bodywork for the first time, large 22-inch wheels, and of course the Spirit of Ecstasy statuette.

Inside, the new Phantom is the pinnacle of luxury. There’s the Starlight Headliner, which gives the roof the appearance of stars in the night sky, swathes of leather, and even a drinks cabinet with whisky glasses and decanter in the the centre console.

Rolls-Royce has also developed what it calls ‘The Embrace’. This means as the owner or passenger settles into the car, and an assistant or valet touches the sensor on the door handle, the door automatically whispers closed of its own accord, says the British brand.

Commenting on the new Phantom, Torsten Müller-Ötvös, CEO of Rolls-Royce Motor Cars, said: ‘From its debut in 1925, a Rolls-Royce Phantom has been the choice of the world’s most influential and powerful men and women, and as a result, a constant presence at history’s most defining moments.

‘As this next chapter in the Rolls-Royce story opens, the New Phantom points the way forward for the global luxury industry. It is a creation of great beauty and power, a dominant symbol of wealth and human achievement. It is an icon and an artwork that embraces the personal desires of each of our individual customers.’

MORE: Surrey dealership named one of the fastest-growing businesses in Europe

On SuperUnleaded.com: 13 stunning Ferraris expected to fetch £14 million – here’s what’s up for grabs