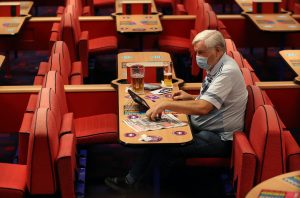 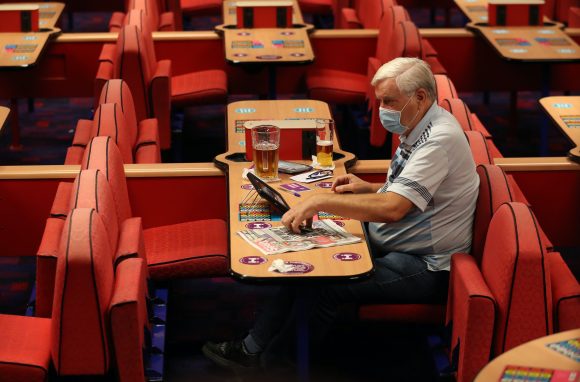 Talks on a post-Brexit trade deal with the EU are hanging in the balance after Brussels demanded the UK abandon plans to override key elements of the Withdrawal Agreement.

At a stormy meeting in London on Thursday, the cabinet office minister Michael Gove insisted the government ‘could not and would not’ drop measures in legislation tabled earlier this week.

It prompted European Commission vice-president Maros Sefcovic to accuse the UK of an ‘extremely serious violation’ of international law, putting the ongoing trade talks in jeopardy.

British holidaymakers face another race against time to get home before new quarantine rules on countries including Portugal and Hungary come into force.

The government announced on Thursday evening that Portugal, Hungary, French Polynesia and Reunion have been removed from the quarantine exemption list.

Transport Secretary Grant Shapps said that travellers arriving in England from those countries after 4am on Saturday will have to self-isolate for 14 days.

The volume of property sales this year in some popular rural and seaside locations has already eclipsed the number of transactions seen across the whole of 2019, Rightmove has found.

Despite the housing market having shut down for several weeks during 2020 due to the coronavirus pandemic, Rightmove identified 16 locations where the number of sales agreed by estate agents in 2020 so far has already surpassed the total for all of 2019.

Nissan is continuing to tease its new Z sports car and has released a video that demonstrates its engine sound.

The short video gives little away, but does confirm that the replacement for the 370Z will have a manual transmission, and the engine sounds like a V6.

Nissan has previously said that a Z Proto concept car will be revealed on September 16 to preview the production model, which is due in 2021. Following on from the 350Z and 370Z, it will likely be called 400Z.

The boss of Mecca owner Rank Group said audiences at its bingo halls have been getting younger, with older players staying home during the pandemic.

John O’Reilly, chief executive of the gambling and gaming firm, told the PA news agency that Mecca Bingo has seen the number of customers aged 70 and over drop by 60 per cent since it was allowed to reopen, with older players being ‘more fearful’ about returning.

However, the company has seen total bingo revenues at seven per cent of the levels from the same period last year, as younger players have swiftly returned to its halls across the country.

Supermarket giant Morrisons has seen grocery sales surge after the pandemic drove demand, but posted lower profits after booking £155m in costs related to the crisis.

The Bradford-based retailer said pre-tax profits slipped by 25.3 per cent to £148m in the six months to August 2 as a result, and the jump in costs was partly offset by £93m in benefits from the government’s business rates holiday.

Like-for-like sales, excluding fuel, increased by 8.7 per cent, as it was particularly buoyed by rapid online growth.

Barclays customers who choose to switch off their spending on gambling are to be given a 72-hour cooling off period before they can restart it again.

The bank’s gambling block banking feature to help customers control their spending has so far been used more than 187,000 times since the coronavirus lockdown started.

After listening to feedback from customers, Barclays said the new time delay feature will be added in the coming weeks so that if users decide to restart spending on gambling websites, apps or in venues, there will be a 72-hour wait before they can make such payments. Any attempted transactions during that period will be automatically declined.

A mixed picture for the UK today, reports BBC Weather, with low pressure bringing wet and windy conditions to the north. Central and southern areas will start the day with sunshine but clouds will build up during the afternoon.

Wet weather will continue in the northwest tonight, while there will be the odd shower in central areas. Dry with clear spells elsewhere.

Tomorrow will be very similar today with heavy rain in the northwest and sunny and dry conditions for the rest of the UK.

See all of our Car Dealer Live interviews by clicking here