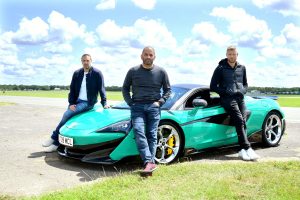 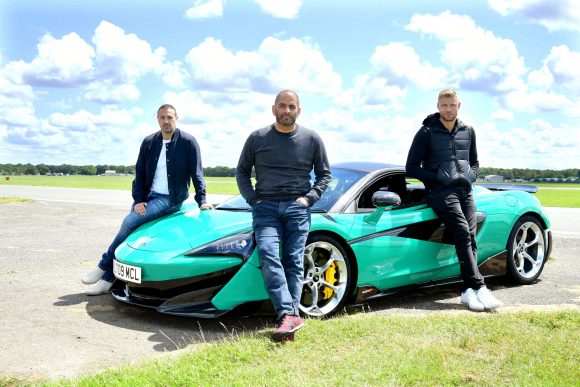 Tough new Covid-19 lockdown measures have been announced for parts of the UK as cases continued to rise and the R number climbed above one.

New measures banning people from mixing in homes and gardens will be imposed on Birmingham, Solihull and Sandwell from Tuesday in response to a rocketing infection rate in the area.

Coronavirus cases in the UK have risen to the highest level since mid-May, with a total of 3,539 new cases recorded on Friday.

Rural areas of England suffering with some of the slowest internet speeds in the country have been given new hope of receiving ultrafast broadband with a £22.2m funding boost.

Extra money is being pumped into the government’s Gigabit Broadband Voucher Scheme, which is designed to subsidise the cost of building gigabit-capable broadband networks in remote areas.

Improving connectivity speeds was a key election pledge from Boris Johnson, who wants to bring gigabit-speed broadband to the whole of the UK in the next five years.

The first episode of the new Top Gear series has been filmed in front of a live audience, with a clever approach to social distancing.

Episodes are usually filmed in a large hangar at Dunsfold Aerodrome, but this series will see episodes filmed on a stage on the runway. Instead of crowding around the hosts indoors, the audience watch from their own cars, similar to a drive-in cinema.

Drone footage of the first episode shows dozens of cars lined up beneath the night sky, illuminated by lights surrounding two large screens beside the stage.

Masks and limit on indoor meetings in Wales

Face coverings will become mandatory in shops in Wales from Monday to get ahead of a ‘gathering storm’ of coronavirus, the First Minister has said.

Mark Drakeford warned Covid-19 was ‘on the rise again’ in Wales after weeks of being in decline, with 20 people in 100,000 in the country having the virus.

He said restrictions across Wales would have to be tightened to prevent cases from spreading and avoid more ‘draconian measures’. 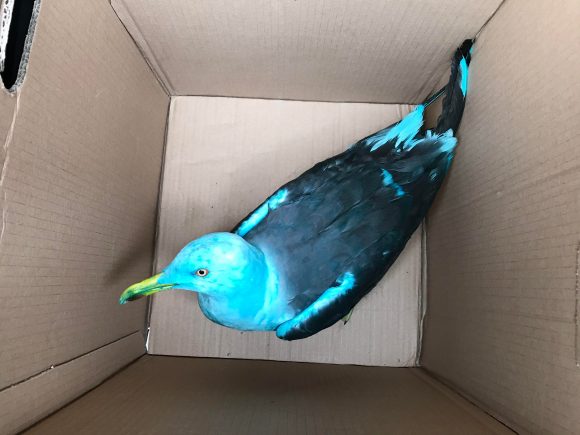 The bird was collected by RSPCA officers and taken to the Wolfwood rescue centre after members of the public stumbled upon it in Carlisle on Tuesday.

Animal welfare officer Graham Carter said: ‘I have been in this job for about 20 years and I have never seen anything like this. This bird was incredible.’

Traders went into the weekend on a high as they looked to the US for leadership on an uneventful day in Europe.

Miners Anglo American, Rio Tinto and Glencore helped push the FTSE 100 higher, even after Rio’s boss was forced to step down following a scandal in Australia.

UK economy grew 6.6 per cent in July as rate of rebound slows

The UK economy grew by 6.6 per cent in July as the rate of the country’s financial recovery slowed down, according to official data.

The Office for National Statistics (ONS) said GDP increased for the third consecutive month in July after lockdown restrictions eased further, but remained 11.7 per cent below pre-virus levels.

A consensus of analysts predicted a 6.8 per cent month-to-month increase. Figures showed that the economic rebound decelerated after the UK had reported 8.7 per cent growth in June.

Heathrow blames quarantine rules for 82 per cent fall in demand

Heathrow has warned that the government’s quarantine policy is costing jobs ‘every day’ after recording an 82 per cent decline in passenger numbers last month.

The west London airport wants testing to be permitted as a way of reducing the 14-day coronavirus quarantine requirement for arriving travellers.

Just 1.4m people travelled through the airport in August, compared with 7.7m during the same month in 2019.

Pub and restaurant sales back on track after Eat Out boost

Restaurants, pubs and bars saw trading levels bounce back to normal levels in August after diners devoured Eat Out To Help Out discounts, according to new figures.

Hospitality businesses saw like-for-like sales in August stay flat against the same month last year after a strong rebound from July, according to the monthly Coffer Peach business tracker.

However, it said that total sales were still 12.2 per cent below last August’s levels as only 85 per cent of group-owned sites had reopened.

Unions and business leaders have welcomed a new report which suggests that the government’s furlough scheme should be extended in a targeted way.

The Treasury Select Committee said on Friday that Chancellor Rishi Sunak may spark mass unemployment if the Job Retention Scheme, which covers the salaries of furloughed workers, ends in October as planned.

The Resolution Foundation’s chief executive Torsten Bell said that the Chancellor needed to reconsider plans to phase out support, and called the committee’s report ‘essential reading for Treasury officials’.

Council incomes have been hit hard during lockdown, as new research suggests incomes from parking fines dropped by about 70 per cent during the period.

Data from some of the country’s largest councils found that overall losses were more than £40.1m.

A Freedom of Information request by LeaseFetcher.co.uk compared penalty charge notice (PCN) incomes between April and June in 18 of the largest UK cities and 23 London boroughs with the same time period last year.

Today, it will be fine and dry with plenty of sunny spells and a few patches of cloud for most. But in the north it will be blustery with heavy rain and strong winds arriving from the north-west later, says the BBC.

Tonight, wet and windy conditions will continue in northern areas with heavy and persistent rain. It will be dry with clear spells elsewhere, but staying breezy.

Tomorrow will see heavy rain persisting in the north-west. Elsewhere, it will be cloudy in the northern half of the UK, sunny in the southern half. Feeling warm as the winds ease.