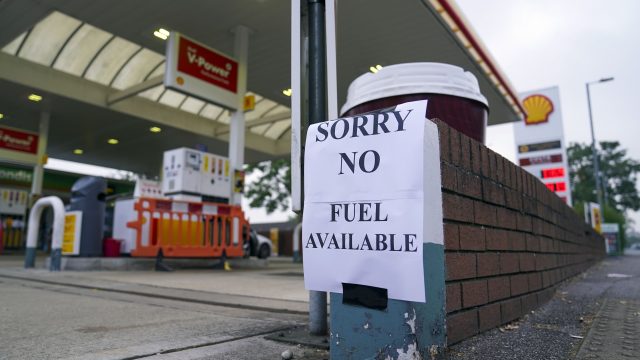 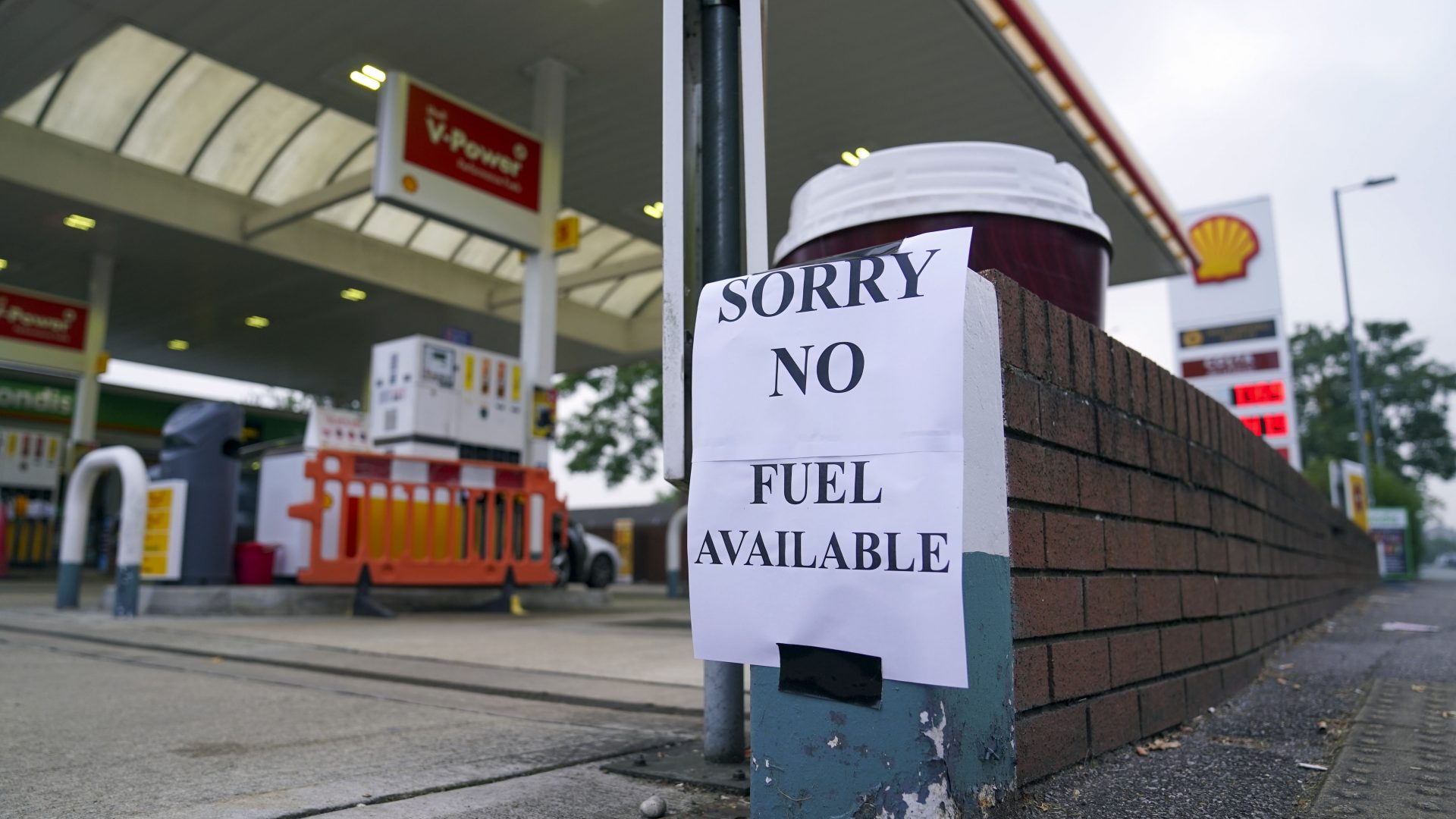 The Prime Minister is said to be considering whether to call in soldiers to deliver fuel to petrol stations as pumps ran dry after days of panic buying.

Multiple reports suggested that Boris Johnson on Monday will mull whether to follow that by taking the drastic step of sending in the Army to drive oil tankers as ‘frenzied buying’ added to fuel supply issues caused by a lack of HGV drivers.

Labour will promise to scrap business rates as part of a dramatic overhaul of the taxes paid by firms.

Shadow chancellor Rachel Reeves is set to announce that a Labour government would immediately cut the business tax, before eventually phasing it out completely.

But she will also commit to closing loopholes which allow some firms to avoid tax, promising to abolish measures which do not provide an economic benefit.

The NHS has been told by a watchdog to ensure people have ‘interim support’ in place while it tackles the record backlog of care built up during the pandemic.

People waiting for common treatments such as knee and hip replacements, and cataract surgery have described the pain and mental strain of waiting.

More homes are expected to be sold across 2021 than in any other year since 2007, according to a forecast.

A strong first half of the year as buyers rushed to make stamp duty savings and changed their lifestyles and locations means more homes will have sold in 2021 than in any year since 2007, estate agent Hamptons predicts.

By the end of 2021, it forecasts that 1.5m homes will have been sold across Britain.

Appointment letters inviting children aged between 12 and 15 for a coronavirus vaccine will be dropping through letterboxes this week.

Drop-in clinics have been available to this age group for the last week and now scheduled appointments, starting this week, are being issued to all those eligible.

Children aged between 12 and 15 will be offered a single dose of the Covid-19 Pfizer vaccine.

Businesses are asking for more time with no payments on their emergency Covid loans on top of the extra time that the government has already announced, according to new data.

Out of 500 businesses that are seeking repayment plans, 83 per cent had asked for all the payment holidays they could get or even a full year of no payments on their Bounce Back Loans.

The data comes from resourcing company Momenta Group, which is helping banks collect repayments from companies that borrowed during the pandemic.

An HGV driver has said he does not believe European drivers will come to the UK for three months as it is too expensive and not enough time for them to learn the roads.

Imran Mustafa, who moved to Barcelona from Pakistan eight years ago and has been a haulage driver for three years, said he wants to move to the UK to work but the 12-week visa was not enough time to uproot his life.

He told the PA news agency: ‘It’s a temporary visa and it’s for a very small time period.’

Octopus Energy to take on Avro customers after collapse

Ofgem has appointed Octopus Energy to take on Avro’s 580,000 customers after the supplier collapsed last week.

The energy regulator said Octopus, which specialises in sustainable household gas and electric, had been chosen after a ‘competitive process’ to get the best deal for Avro’s clients.

It said outstanding credit balances owed to existing and former Avro customers will be paid, and householders transferred to Octopus will be protected by the energy price cap.

This morning, heavy and persistent rain in eastern areas of the UK will clear to the north-east. It will be a cooler day, with sunny spells and blustery scattered showers, these mainly in the west, reports the BBC.

Tonight, it will be breezy with clear spells for many areas. Remaining dry for many, but Wales, south-west England and west Scotland will continue to see scattered blustery showers.

Tomorrow will see a bright start in the north and east, but outbreaks of rain will begin moving over the southwest. Through the day rain will spread across much of the UK, heavy at times in the south.