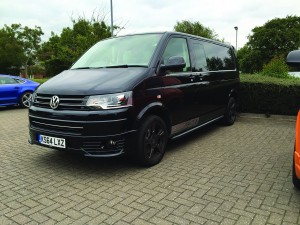 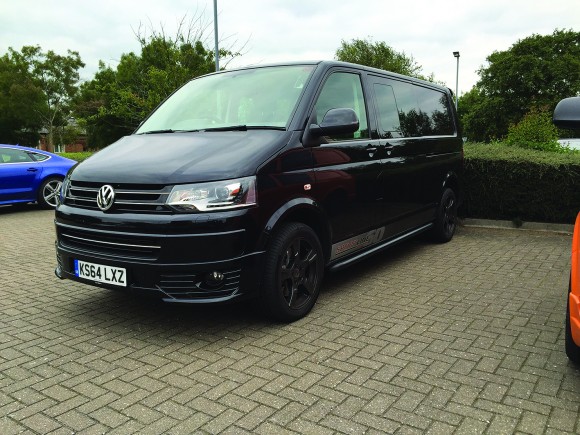 THEY’RE one of those things you don’t really think about until they stop working. And thanks to ‘progress’, when they do expire, chances are they’ll leave you stranded. I’m talking, of course, about tyres – and the round things have been top of the agenda for our Transporter recently.

The first mishap occurred on a trip to the garden centre. Mrs B had requested some window dressing for our new place, so flowers and pointy bush things were the order of the day. Van packed and miniature Baggott safely secured in her seat, I attempted to pull away. Cue scraping noises. 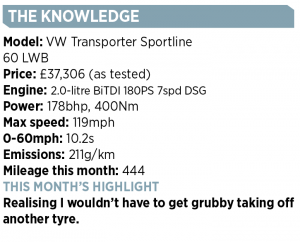 The front tyre had completely deflated. I searched for the spare – but like so many other vehicles, this has now been replaced with a completely useless can of foam. It might as well be shaving foam, as all this stuff does is make a mess. What’s more, the tube needed to get the Gillette into the tyre was missing too, rendering the whole process completely pointless.

VW arranged recovery by AA back home, where we removed the wheel and had it replaced at a local tyre fitter. The low-pressure warning light never went off though – so when it all happened again three weeks later I had little prior warning. This time I just called VW.

They thought about fitting another tyre but, probably as fed up as we were with the whole thing, instead decided to simply take the Transporter back. And that was that – the end of our summer fun bus. She’ll be sadly missed.