While used car prices are booming and sales of new ones are steadily on the rise, it’s easy to forget the other forces currently at play in the market.

Over the past few weeks, sales of older and cheaper cars are on the rise, as are those of MPVs, convertibles and cars at the prestige end of the market, but there’s also the trend of AFVs to consider.

AFVs, or ‘alternatively fuelled cars’, have come into sharp focus recently for dealers and consumers.

You can thank the proposed 2035 ban on pure petrol and diesel cars plus hybrids for this, as well as coronavirus.

We’re told that at the height of lockdown, many consumers started to pay more interest in environmentally friendly cars due to cleaner air brought about by fewer cars on the roads.

But is this just anecdotal? How are the new and used car markets for electrics, hybrids and plug-in hybrids actually performing?

For Cap HPI, the answer is very clear – electric and hybrid cars are currently too unattractive to buyers, according to its July data.

‘Some electric vehicles and hybrids have struggled,’ says Derren Martin, head of valuations. ‘Through lockdown there was some debate about the potential increase in demand for alternatively fuelled vehicles as cleaner air became noticeable around our larger cities, due to a reduction of vehicles on the roads.

‘However, in the short term this has not been the case due to them still looking expensive versus internal combustion engine cars. Despite their green credentials and running cost savings, feedback from the market has been that consumers currently find the premiums too expensive over a petrol or diesel vehicle, plus there are concerns over range still.’ 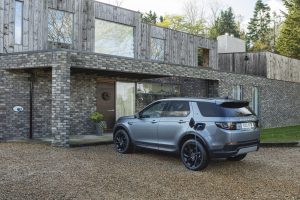 That sentiment is backed up by Aston Barclay with evidence in its online auctions.

The firm says AFV prices rose by seven per cent – or £943 – to £14,275 in the second quarter this year, but the market should be cautious about used prices of hybrids, according to its auctions director, Martin Potter.

‘Q2 saw another increase for AFVs but mainly because of a lack of stock in the market. Consumer education of buying and running a used AFV must continue in line with the increased supply to ensure the consistent growth of the used green market.’

But consumer interest is changing. A recent Aston Barclay customer poll showed hybrids and EVs were the go-to fuel type (41 per cent), followed by diesel at 32 per cent and petrol at 26 per cent. When asked what survey respondents’ preference would be in 12 months’ time, hybrids and EVs rose to 63 per cent, while diesels fell to 21 per cent.

Auto Trader has seen a similar trend in consumers wanting to switch to electric cars, hybrids and plug-in hybrids, despite being confused by mixed messages surrounding them.

In a wide-ranging interview (which you can see at the top of this story), commercial director Ian Plummer told Car Dealer how there was still an enormous gulf between prices for traditional ICE (internal combustion engine) cars and AFVs in both the new and used markets, and how the government was confusing consumers with a lack of clear guidance.

‘We do face a confusing situation in the UK because in the rest of Europe there are great incentive programmes being put in place, generally across automotive but specially with electric and hybrids,’ he said.

‘In this country we have an existing incentive tailored down from where it used to be and removed for hybrids, so we’ve confused consumers – we started to do that about three years ago. We confused them with diesel and now we’re not really stirring people to buy electric and we’ve taken away that great step with hybrids.’

In a recent survey, Auto Trader found that 77 per cent of people were interested in buying an electric and hybrid car, but price was still a big factor with some AFVs being twice as expensive as an equivalent petrol or diesel car.

‘There’s a big gap to bridge, essentially of price,’ said Plummer. ‘We collectively need to find a way to change that dynamic. If you look at new cars where the price disparity usually is around 20 per cent between an EV and an ICE equivalent, on a used car, on our platform, the typical used price for an AFV is around double the price of an equivalent petrol or diesel.

‘That’s a heck of a step for someone, especially with the average price for an AFV being around £25,000.’

Plummer explained that during lockdown most consumers didn’t follow the anecdotal evidence of switching to AFVs in the wake of cleaner, lockdown air, but resorted to ‘what they know best – and that’s petrol and diesel’.

Meanwhile, valuations experts Cazana has witnessed similar interest from consumers and predicts retail pricing for EVs and hybrids to decline in the mid to long term.

‘The used car market has been slower to embrace hybrid and BEVs (battery-electric vehicles) in the large part because they are more complicated to both understand and sell,’ says the firm’s director of insights, Rupert Pontin. 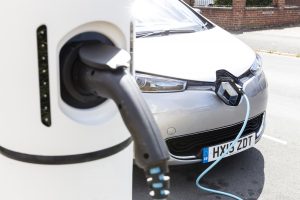 ‘It is often easier for a dealer to sell a petrol or diesel car, particularly the latter as diesel cars offer such favourable fuel usage benefits.

‘Sales staff often take the easy route steering consumers to traditional fuel types rather than learning about the operational functionality of new technology which takes time and patience.

‘With the pressure to sell many vehicles in a short space of time to meet sales targets, it is simple to take the easy traditional sales route, and this is not conducive to helping retail customers embrace the new propulsion types.’

Cazana data shows that historically both electric and hybrid cars have been in shorter supply than demand and retail pricing will change.

‘There is no doubt that demand for both hybrid and BEVs is strong and the Covid-19 pandemic has highlighted the benefits of less pollution in our atmosphere to the retail buyer,’ said Pontin.

‘New car registrations for both fuel types continue to increase as technology advances to give better driving characteristics and ranges.

‘However, retail pricing is beginning to change to reflect the greater volume of product on the retail forecourts, and that is particularly evident with hybrid technology when compared to residual value performance in previous years.

‘As such, despite demand, retail pricing looks set to decline in the mid to long term to bring residual value performance more in line with the traditional fuel types.’