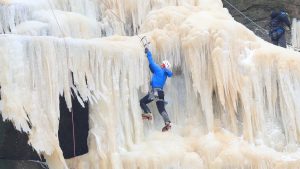 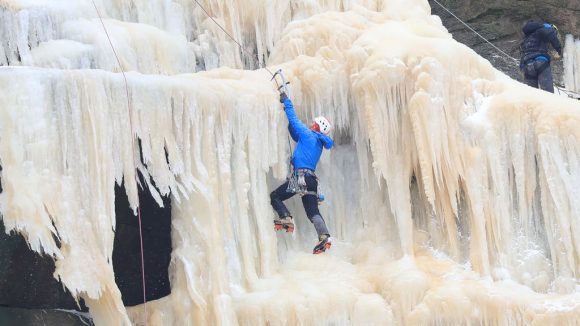 Lockdown-sceptic Tories have piled pressure on Boris Johnson, calling on him to commit to a timetable for lifting coronavirus restrictions with a complete end to controls by the end of April.

In a letter to the Prime Minister, the leaders of the Covid Recovery Group (CRG) said the “tremendous pace” of the vaccination rollout meant restrictions in England should begin easing from early March.

They said ministers must produce a cost-benefit analysis to justify any controls that remain in place after that date, with a “road-map” stating when they would be removed. 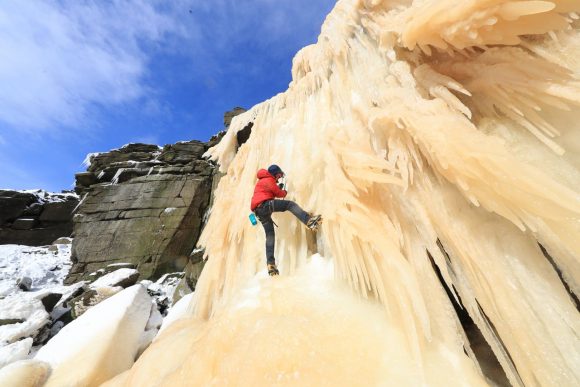 With temperatures continuing to plummet below zero across the UK, the deep freeze has brought some unique challenges for fans of the outdoors.

In Derbyshire’s High Peak area, the impressive Kinder Downfall has frozen, turning the 98ft waterfall into a slippery climbing wall instead.

The chilly conditions also froze Trafalgar Square’s fountains and brought large amounts of snowfall to regions across the country.

The number of patients reporting symptoms of Covid-19 weeks after becoming ill could be as high as 20 per cent, an immunologist said, as he warned it could place an additional burden on the NHS.

Professor Danny Altmann, from Imperial College London, said a figure of one in 20 people suffering long Covid, reported in October by King’s College London, is lower than what is now being reported.

Prof Altmann is calling for long Covid clinics to be opened in the UK, and recently made the case at a World Health Organisation meeting for mechanisms to be in place for people to be referred to relevant specialists. 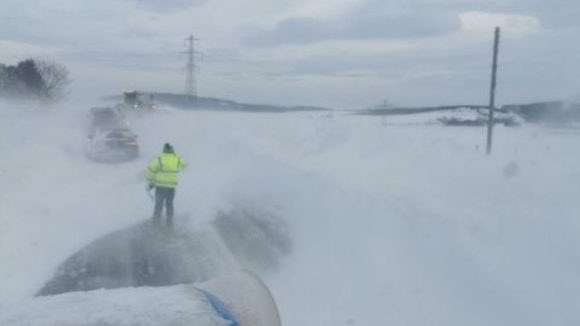 Main roads have been closed in the north and north east of Scotland following heavy snowfalls.

Road operating company Bear Scotland said the A96 Aberdeen to Inverness road would remain closed overnight between Colpy and Huntly due to drifting snow.

Teams are working through the night to clear the 10-mile stretch of road after drifts caused problems throughout the day.

Winter continues. This used to be the A93 but it’s been buried by a significant avalanche overnight rendering it impassable. Luckily the road had been closed by snow gates. Some of the team are deployed to check the debris. @coordinatorsais @ScottishMR pic.twitter.com/NphQG8RDCt

Labour is urging Chancellor Rishi Sunak to ease the burden of Covid-related debt on business, warning hundreds of thousands of firms could go to the wall unless the Government acts.

Shadow chancellor Anneliese Dodds said companies were facing the prospect from next month of having to start paying back £71bn in government-backed loans intended to nurse them through the pandemic.

She said Mr Sunak’s insistence that the loans were repaid on schedule risked ‘crushing’ any prospects of recovery under a ‘mountain’ of unsustainable debt.

A gorgeous dark green Maserati Quattroporte that was first owned by Sir Elton John is going up for auction.

The 2005 model is said to be in fantastic condition, only having covered about 28,000 miles in its lifetime, backed up by extensive main dealer and specialist service stamps.

Under the bonnet sits a 4.2-litre V8 engine, and Sir Elton ticked just about every option box when he ordered the car.

The switchover to decimal currency – a move which broke with centuries of monetary tradition – happened 50 years ago on Monday.

The Royal Mint is marking the half-century with a string of initiatives aiming to encourage those who remember the monumental change to share their memories and inspire younger generations.

The new decimal currency system was formally adopted on February 15 1971, evolving from a tradition which had spanned generations, of pounds, shillings and pence.

This Monday marks 10 years since Larry the cat left Battersea rescue centre for a new home with the Prime Minister.

He was the first cat to hold the rat-catching portfolio since stalwart ratter Humphrey was retired in 1997.

Freezing rain, treacherous ice and 80mph gusts will mark the end of the UK’s cold snap – with milder weather forecast from Monday.

Strong winds are expected to hit parts of western Scotland and Northern Ireland’s east coast between 4am and midnight on Sunday, the Met Office said.

A yellow weather warning for ice is also in place for most of Scotland, northern England and the Midlands until 9pm.