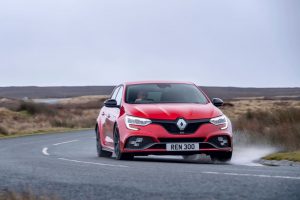 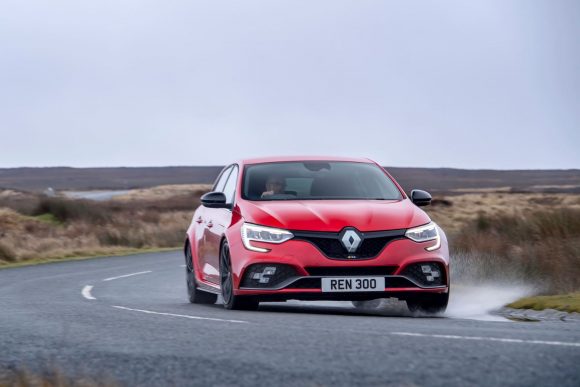 Renault has made some subtle tweaks to its performance hatch. But what is this new and improve R.S. like? Jack Evans finds out

Renault has given its Megane a mid-life facelift to freshen it up against newer hatchbacks and a tranche of small family SUVs. This mid-term refresh also includes the Renaultsport-tuned R.S. 300 which gets tweaked looks and, rather controversially, ditches the standard manual gearbox and gets an auto box as standard – you can blame stricter emissions-based tax rules France for that.

Though many purists will be sad to see the manual gearbox depart, they have been compensated by a boost in power from the car’s 1.8-litre turbocharged four-cylinder engine. The track-orientated Cup chassis is now reserved only for the range-topping Trophy version, so this ‘regular’ R.S. makes do with the more pliant Sport version. For everyday drivers, however, this is likely to come as a benefit.

The four-wheel-steering steering is carried over, while inside the Megane benefits from Renault’s latest infotainment setup. It’s far from a comprehensive set of changes, but it’s enough to keep the R.S. feeling fresh. 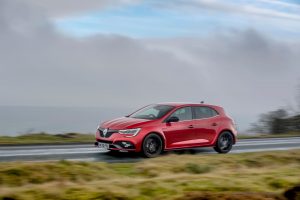 The R.S. uses the same size engine as before – a 1.8-litre four-cylinder petrol – but it’s been tweaked to the tune of 296bhp – a considerable increase on the 276bhp you got in the old car. That power, as well as 420Nm of torque, is sent to the wheels through the aforementioned six-speed automatic.

Four-wheel-steering aids agility, while a combined fuel consumption figure of 34mpg is respectable for the class. CO2 emissions of 187g/km aren’t too terrible, either.

And when it comes to performance, the Megane fares even better. Zero to 60mph comes in just 5.5 seconds, while flat-out it’ll manage 158mph. They’re strong figures, but in truth, this car feels quicker than those initial stats suggest.

The R.S. kicks into life with a noticeable bark when you press the starter button and moving off it’s evident that despite this being the softer of the Megane’s range of suspension setups, it’s still rather firm indeed. At low speeds, it jostles and thumps, which does make around-town driving a bit of a chore.

But you soon forget the issues once you start adding some speed. This is a hot hatch, after all, and with 296bhp it feels really rather hot indeed. The engine is strong and punchy, while the Megane’s ability to loop around corners is incredibly impressive. In the wet, as we experienced, it can sometimes struggle to translate its power to the surface, which does mean you have to be a little gentler with the throttle in order to get the best from it.

We just wish that the gearshift paddles had been made longer; as they are, they feel unnatural to use and simply too short. It’s a missed opportunity, given it’s one of the key points of interaction between driver and car. 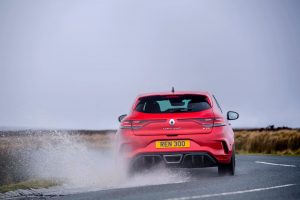 The changes in aesthetic are pretty minor over the older car, with the front grille slightly remodelled and the headlights switched to full-LED versions. They’ve got a distinctive C-shape – which you’ll find on other Renault models – which do look very cool at night.

Around the back remains the eye-catching full-width light bar, though this too has been updated with dynamic indicators which strobe when activated. It all combines to make a very subtle update, but the Megane was never a car with which we had an issue in terms of design.

Things remain largely the same inside, too. However, higher-quality materials have been used on areas such as the steering wheels and centre console, which do help to give the car a more premium feeling inside. We do find the size and depth of the cupholders in the middle a little mean, and they’re barely large enough for a water bottle or travel cup.

Space in the back is decent enough, though the black interior does make for a rather dark and sombre place to sit. The Megane really does brilliantly when it comes to practicality, mind you, offering up 434 litres of space, which you can expand to 1,247 litres by folding the rear seats down. It’s a usefully deep area, but the load lip is quite high which could make loading in heavy or bulky items a bit more difficult.

Renault has fitted the Megane R.S. with its latest infotainment setup which has seen use in the most recent Clio models. It’s centred around a new 9.3-inch display in the centre of the dashboard and it’s here where you’ll access all media and navigation functions. It’s clear and easy to read, though did on occasions lag behind our instructions somewhat.

You also get Apple CarPlay and Android Auto, which means you can seamlessly integrate your smartphone. Again, once connected the system did lag a touch – though once it had caught up it was smooth and easy to use. An additional 10-inch display sits ahead of the driver, and this displays all key information such as speed and revs, as well as readouts about efficiency. 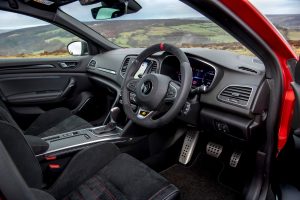 Autocar said: ‘Some might appreciate that more sensible balance and there’s certainly merit in taking such an approach. But other hot hatches are just as usable day to day, yet arguably even more exciting, involving and dynamically accomplished than the Megane.’

The Megane R.S. needed little adding to it, in truth. It was always an accomplished and exciting hot hatch, so a full-strength, ground-up change wasn’t all that necessary. So it’s pleasing to see that Renault has kept the recipe largely unchanged, but instead tweaked and edited it to make things just that little bit better.

The increased punch from the engine is a welcome addition, of course, but the small changes elsewhere add up to create a car that feels more rounded and better than ever.