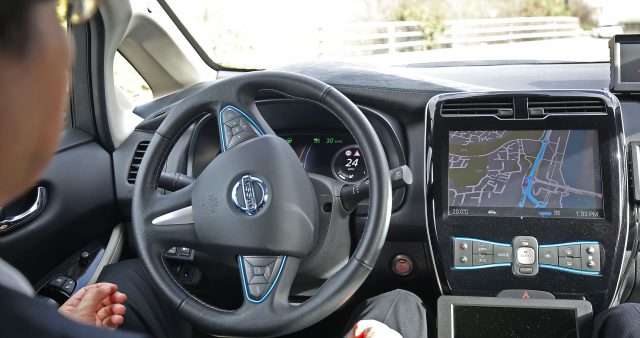 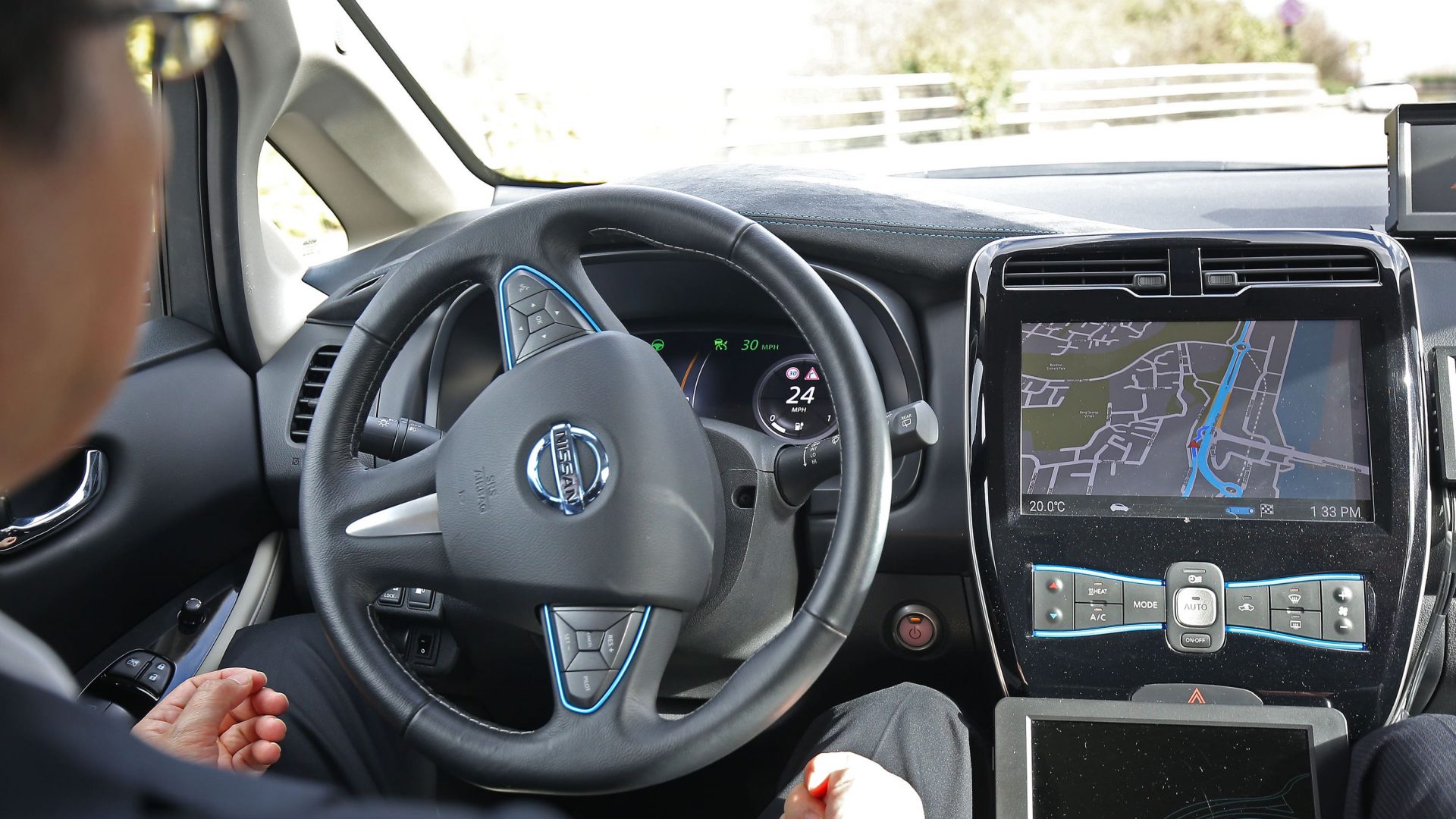 Drivers maybe able to take their eyes off the road and hands off the wheel on UK motorways later this year.

The UK has become the first country to announce regulation for the use of self-driving vehicles on public roads.

In the event the system detects an ‘imminent collision risk’, it will carry out an ’emergency manoeuvre’ which could involve braking or a change of direction.

The DfT claimed the technology could boost road safety as human error ‘contributes to over 85 per cent of accident’.

A consultation, ending on May 28, has been launched on updates to the Highway Code to ensure autonomous systems are used safely and responsibly.

Automated systems could prevent 47,000 serious accidents and save 3,900 lives over the next decade

Transport minister Rachel Maclean said: ‘This is a major step for the safe use of self-driving vehicles in the UK, making future journeys greener, easier and more reliable while also helping the nation to build back better.

‘But we must ensure that this exciting new tech is deployed safely, which is why we are consulting on what the rules to enable this should look like.

‘In doing so, we can improve transport for all, securing the UK’s place as a global science superpower.’

The announcement was greeted positively by the Society of Motor Manufacturers and Traders (SMMT).

Its chief executive, Mike Hawes, said: ‘The automotive industry welcomes this vital step to permit the use of automated vehicles on UK roads, which will put Britain in the vanguard of road safety and automotive technology.

‘Automated systems could prevent 47,000 serious accidents and save 3,900 lives over the next decade through their ability to reduce the single largest cause of road accidents – human error.

‘Technologies such as Automated Lane Keeping Systems will pave the way for higher levels of automation in future – and these advances will unleash Britain’s potential to be a world leader in the development and use of these technologies, creating essential jobs while ensuring our roads remain among the safest on the planet.’

Jim Holder, editorial director of What Car?, said the new policy is a ‘sensible first step’ towards autonomous driving.

‘In theory this should be a very effective way of using the technology to good effect.’

Steve Gooding, director of the RAC Foundation, said humans are ‘invariably the weak link’ when it comes to driving safely, but he warned there are ‘challenges’ when journeys involve a transfer of control between technology and the person behind the wheel.

‘There is a risk of situations in which drivers over-rely on the automated system, expecting it to deal with events for which it is neither intended nor capable.

‘And what happens when drivers are expected to take back control in an emergency? Research for us shows that it can take drivers several seconds to regain command of their vehicle.’

But AA president Edmund King claimed ‘we shouldn’t be in race to take drivers’ hands off the wheel’.

He went on: ‘There are still gaps in how this technology detects and stops if the vehicle is involved in a collision.

‘There are still question marks over how drivers will be fully informed how these systems work.

‘More needs to be done to rigorously test these systems before they are used on UK roads.’

Concerns about autonomous vehicles were raised when two men were killed on April 17 when a Tesla Model S crashed into a tree in Texas.

Police believe no-one was in the driver’s seat when the collision occurred.