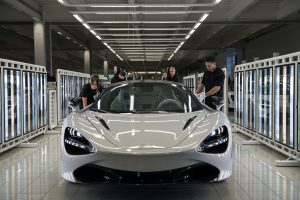 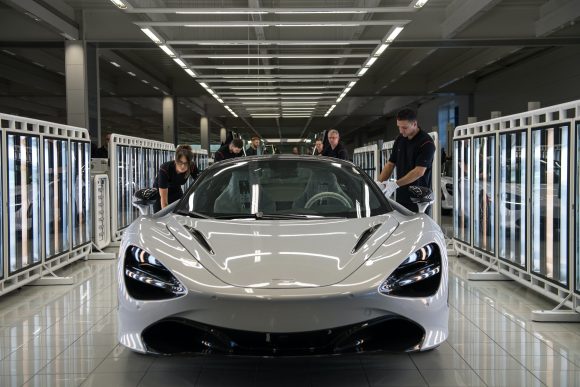 McLaren Automotive is celebrating its tenth anniversary by opening its 100th global dealership, the supercar company has confirmed.

The Woking-based firm relaunched as a standalone manufacturer in the summer of 2011 with the release of its first supercar – the 12C.

In the decade since, McLaren has undergone an extensive worldwide expansion programme and now has a retail presence in over 40 countries.

With the group celebrating its tenth birthday, bosses have decided to continue the growth and will open its 100th dealership, in China, later this year.

The site will offer supercars from across the McLaren range including the Senna, the Artura and the Elva.

Mike Flewitt, CEO, McLaren Automotive, said: ‘In just 10 short years we, together with our dedicated retailer network, have grown from our first retailer in London to opening our 100th retailer which will be in China later this year, a market which has been growing very strongly and winning many fans.

‘It is also fitting given the very global nature of our company and ambitions and our second decade is an intensely exciting and innovative one not only for McLaren but also for the wider automotive world.

‘As we embrace a future of electrification with the all-new and lightweight McLaren Artura, we’ll continue to push the boundaries in the pursuit of creating the world’s finest drivers’ cars.’

Despite the expansion, the company’s finances have been struggling for some time with the pandemic exasperating the issue.

McLaren Group, the parent company of McLaren Automotive, posted a loss of £686m last year as sales slumped due to Covid-19.

In order to secure its financial future, the group raised £300m from shareholders before securing a crucial £150m short-term loan from National Bank of Bahrain.

Bosses were able to recoup a further £170m by selling and leasing back the company’s Woking base and manufacturing plant.

The group also sold a stake in McLaren’s Formula One racing team.

Then, in July, the group secured a £550m equity investment in order to implement its ambitious five-year plan,

Around £400m of the cash came from Saudi Arabia’s Public Investment Fund with the rest from global investment firm, Ares management.

The funds ‘have not diluted existing shares’ and it is hoped the extra cash will secure a bright future for McLaren, Automotive News Europe reports.

The money has been earmarked to help the company move onto an electrified platform with the aim of releasing its first EV by 2030.