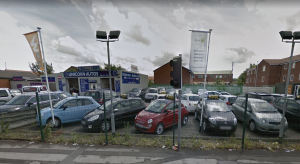 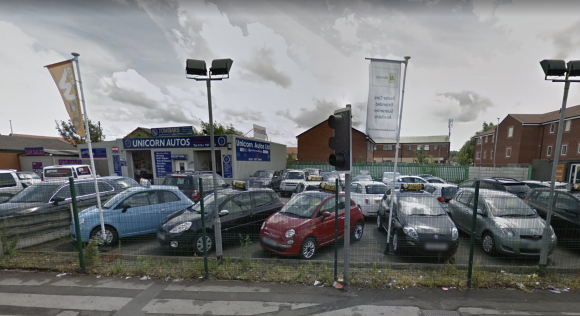 Nine cars were stolen from a dealership in Manchester following a break in – but incredibly five vehicles have already been recovered.

According to the owner of Unicorn Autos, based on Liverpool Road, Eccles, thieves broke their gates and the door before grabbing car keys and stealing the cars early on Tuesday Morning (April 6).

Greater Manchester Police are now trying to track down the four cars that are still missing.

However, according to Manchester Evening News, police have found DNA on one of the recovered vehicles and already have a man in custody.

Owner David Yates posted on Facebook about the missing vehicles and called for the public’s help.

Posting an update on Thursday, he said that the location of a white Citroen C1, white Dacia Duster, blue Ford Fiesta and grey Peugeot 207 were still unknown.

He told Manchester Evening News: ‘They’ve just broken the gates, broken the door, taken the keys and taken the cars.

‘They were found parked up in car parks and around the place, so it is very odd.

‘I don’t know why somebody would take it if they don’t want it.’

He added: ‘I posted about it on Facebook and people have been very helpful.

‘I’ve been amazed at how many people have been concerned and have reported it, which is really nice to know.

Police are still appealing for information, and anyone can contact Greater Manchester Police on 101, quoting incident number 0471 of April 6.