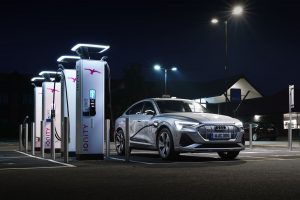 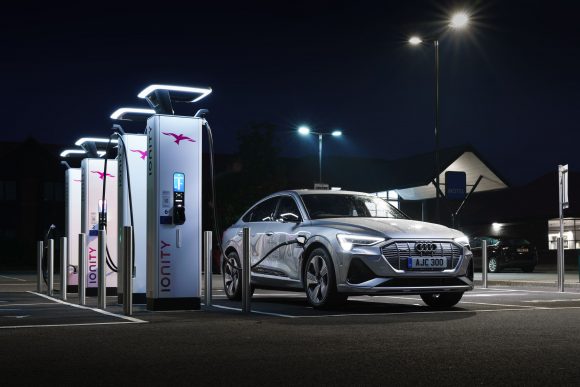 More than a million people in South Yorkshire are living under the strictest coronavirus rules after the region moved into the Tier 3 as health officials battle to stem the spread of the disease.

The region joined Liverpool, Greater Manchester and Lancashire on the highest alert level for England with the new rules kicking in today at 12.01am.

Meanwhile, talks are continuing between the government and local leaders in Nottinghamshire, with parts of the county expected to enter Tier 3 on Wednesday. And the council in Warrington in Cheshire has confirmed that it will be moving to Tier 3 on Thursday.

Audi EV owners can get thousands of free miles

UK owners of Audi’s electric and plug-in hybrid vehicles can receive credit equal to about 5,000 miles of free charging by switching their home energy supplier.

The German firm has teamed up with Octopus Energy, which provides electricity from 100 per cent renewable sources, to offer £90 credit.

Audi says that when charged at off-peak times, this would be enough for its e-tron to travel up to 5,000 miles, which is approximately 70 per cent of the average motorist’s annual commute.

Holidaymakers flock to Canary Islands due to travel corridor

UK holidaymakers are flocking to the Canary Islands following the easing of coronavirus quarantine restrictions.

Travel firms such as Tui, easyJet, Hays Travel and On the Beach reported a surge in demand since the change in Government policy was announced on Thursday. Tui reported the number of people searching for trips was seven times higher in the hours after the announcement, compared with the previous day.

Holidaymakers returning from the Spanish islands no longer need to self-isolate for 14 days from 4am on Sunday.

English councils claim they are being forced to ‘prop up’ private bus operators.

The Local Government Association (LGA) said the situation has been caused by an emergency government coronavirus measure which sees payments still being made at pre-Covid levels.

Free off-peak bus travel is a legal entitlement for people aged over 65 or those with a disability, with councils having a statutory duty to administer the scheme.

FTSE ends week on a high as banks soar

The FTSE made up some of its mid-week blues yesterday to end the week on a high, as Britain’s biggest banks pulled the index up.

Barclays led the pack with a seven per cent jump in its share price after revealing that it made a net profit of £611m in the third quarter, more than twice what the market had been expecting.

90 per cent of furloughed workers back

Workers who were taken off furlough overwhelmingly went back to their old places of work, according to figures from the government.

HMRC said that 90 per cent of the workers who left the furlough scheme between April and July returned to their pre-Covid employers.

The Government said that 4.3m people came off the furlough scheme during those months. The scheme supported 9.6m workers at its peak.

Holiday Inn owner made up ground as restrictions eased

The hotel chain behind Holiday Inn has recovered a little in the last few months from the rock bottom its sites reached earlier this year.

InterContinental Hotels said that revenue per available room was down 53.4 per cent in the third quarter of the year. It is a significant drop, but far better than levels seen earlier in the year.

Meanwhile, occupancy levels rose from 25% in the second quarter to 44% in the third, InterContinental said.

Virgin Holidays has committed to refund all customers whose package holidays were cancelled due to coronavirus after hundreds of complaints were made over delayed payments.

The Competition and Markets Authority (CMA) investigated the travel firm after being alerted that some consumers were waiting ‘an unreasonably long time’ to get their money back, with some being told it would take 120 days.

Daimler has seen profit rebound in the third quarter as the company, which makes Mercedes-Benz cars and Freightliner trucks, clamped down on costs, and sales recovered.

Quarterly net profit rose to £1.95bn, up 19 per cent on the same quarter a year ago – and improving on a net loss of £1.7bn from the second quarter during the worst of the lockdown.

The BBC says the north and west of the UK will have heavy rain and strong winds this morning, spreading further south and east this afternoon. Scotland and Northern Ireland will become brighter this afternoon.

Tonight, cloud, rain and strong winds will move away eastwards from England and Wales. Much of the UK will then have clear spells but with showers in places, some heavy in the west.

Tomorrow, much of the UK will have a brighter day with spells of sunshine. However, it will be breezy with a scattering of showers.