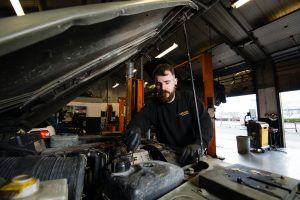 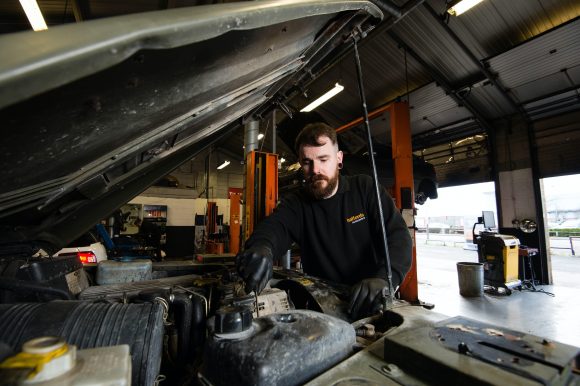 ‘Circuit-breaker’ could limit damage to economy

A former Bank of England policymaker has said a nationwide ‘circuit-breaker’ could cause less damage to the UK economy than prolonged local coronavirus lockdowns.

Martin Weale, who served a six-year stint on the Monetary Policy Committee (MPC) in the wake of the financial crisis, said a short national lockdown may limit the hit to the economy.

He warned the current path of restrictions would see the recovery pull back sharply in the fourth quarter – with another contraction ‘certainly possible’ by the end of the year if more areas are placed in lockdown.

Hundreds of thousands more people are preparing for the imposition of toughest coronavirus restrictions as talks continue between the government and local leaders.

Parts of Nottinghamshire look set to be the next to enter the highest Tier 3 alert level in England after discussions carried on through the weekend.

Local politicians have indicated that they expect the new measures could come into force as early as Wednesday.

Hundreds of MOT testers and vehicle technicians are being recruited by Halfords Autocentres amid an increase in the used car market.

The company is creating more than 250 jobs after seeing MOT bookings almost double in recent months.

MOT testing was paused as a result of the virus crisis, leading to a huge backlog and the demand has also grown as many people seek alternatives to public transport, said Halfords.

Shoppers realise they do not need to stockpile

The prospect of lockdown measures being ratcheted up has not been mirrored by new spikes in supermarket spending, analysis suggests.

Nationwide Building Society looked at its debit card data to shed light on spending trends and said that spending in supermarkets has remained generally up compared with a year ago and just before the lockdown in March.

Its debit card data shows there were no sudden or marked weekly spikes across the period of August 10 to October 4, despite the prospect of potential further lockdown measures at that time.

The Post Office has announced a £16m investment that will result in it owning and operating around 1,400 free-to-use cash ATMs.

But the move will also mean there are around 600 fewer free-to-use cash machines at post offices than there are currently.

Import costs for everyday items could rise by around a third in the event of a no-deal Brexit, making the household shopping basket ‘much more expensive’, a major UK business group has warned.

The cost of moving goods could also rise due to tariffs and restrictions on lorry numbers, Logistics UK said.

David Wells, chief executive of the organisation previously known as the Freight Transport Association, urged the government to keep working towards a deal, saying a no-deal scenario could drive inflation up as a result of the rise in prices for imported goods.

EU-UK trade talks continue as Barnier stays on in London

Talks between Britain and the EU on a post-Brexit trade deal are continuing in London after Michel Barnier delayed his return to Brussels.

The EU’s chief negotiator is expected to remain in the UK until Wednesday to carry on intensive discussions with his British counterpart Lord Frost.

Northern Ireland Secretary Brandon Lewis said the move was a ‘very good sign’ that the talks were progressing and added that there was ‘a good chance we can get a deal’.

More than eight in 10 people (84 per cent) are not confident about their rights during the redundancy process, research has found.

The study for Citizens Advice Scotland (CAS) found that almost four in 10 (39 per cent) people in work or on furlough are worried about the security of their job in the next 12 months.

CAS has launched a redundancy rights campaign encouraging people to find out about their rights as a tidal wave of job losses approach amid the Covid-19 pandemic.

Seven people have been detained after British armed forces stormed an oil tanker off the Isle of Wight following a suspected hijacking by stowaways.

The raid, carried out by members of the Special Boat Service (SBS), was authorised by Defence Secretary Ben Wallace and Home Secretary Priti Patel last night after a tense 10-hour stand-off.

Hampshire Police said they were alerted to concerns over the welfare of the crew of the 228-metre long Nave Andromeda soon after 10am on Sunday as the ship headed towards Southampton, having set sail from Lagos in Nigeria.

The BBC says showers, cloud and north-westerly breezes will affect most parts of the country today. Later, skies will mostly clear for Wales, N Ireland and southern England, but showers will linger in Scotland.

Tonight, skies will mostly clear as rain and cloud ebbs away to the east. Winds will ease, especially to the north.

Tomorrow, a band of rain will pass across the British Isles from the south-west, affecting much of Britain in the afternoon. This will mostly clear to sunny spells and the odd shower but it will be windy.