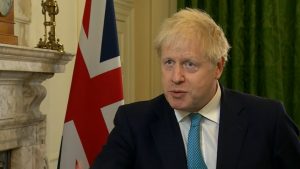 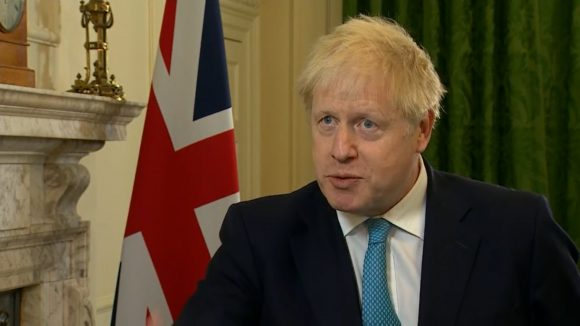 The Prime Minister has said there is no prospect of a free trade agreement without a ‘fundamental change of approach’ from the EU and has warned the country to prepare for no deal.

In a statement today, Boris Johnson accused EU leaders of seeking to impose a series of ‘unacceptable’ demands and called for a ‘fundamental change of approach’ if there was to be any agreement.

The immediate response from European Commission president Ursula von der Leyen was to say that the EU would carry on negotiating, with talks next week in London going ahead as planned.

However, at a briefing for journalists in Westminster, the Prime Minister’s official spokesman said the negotiations were now ‘over’.

He said there was ‘no point’ in the EU’s chief negotiator Michel Barnier travelling to the UK unless the EU changed its negotiating position.

The spokesman said: ‘The trade talks are over. The EU have effectively ended them by saying that they do not want to change their negotiating position.

‘There is only any point in Michel Barnier coming to London next week if he is prepared to discuss all of the issues on the basis of legal texts in an accelerated way, without the UK being required to make all of the moves.

‘Or he is willing to discuss the practicalities of areas such as travel and haulage, which the PM mentioned in his statement. If not, there is no point in coming.’

Society of Motor Manufacturers and Traders chief executive Mike Hawes warned it would have a ‘devastating impact’ on the automotive sector, hitting jobs ‘in every region of Britain’.

‘No deal’ would mean combined EU-UK trade losses worth up to €110 billion to 2025, on top of around €100 billion in lost production value so far this year because of coronavirus crisis.https://t.co/njWskMo3AW pic.twitter.com/h7ttgbTTJY

Johnson had previously said that he would walk away from the negotiations if there was no agreement on a deal by the time of this week’s EU summit in Brussels.

In his broadcast statement, the Prime Minister said it was clear from the gathering in the Belgian capital the EU was not prepared to offer Britain the kind of Canada-style free trade agreement it was seeking.

He said businesses and individuals should now start preparing to start trading with the EU on World Trade Organisation (WTO) rules like Australia when the current Brexit transition period ends at the end of the year.

He said: ‘From the outset, we were totally clear that we wanted nothing more complicated than a Canada-style relationship, based on friendship and free trade.

‘Given that they have refused to negotiate seriously for much of the last few months, and given that this summit appears explicitly to rule out a Canada-style deal, I have concluded that we should get ready for January 1 with arrangements that are more like Australia’s based on simple principles of global free trade.’

Johnson said Britain could embrace the prospect of trading on WTO terms – with tariffs on many goods and some quota restrictions – with ‘high hearts and complete confidence’.

However, industry reacted with alarm, warning of the damage to an economy already stricken by coronavirus if there was no deal by the end of the year.

CBI director-general Dame Carolyn Fairbairn said they could not afford to give up on negotiations and called on both sides to exercise ‘tenacity, common sense and compromise’.