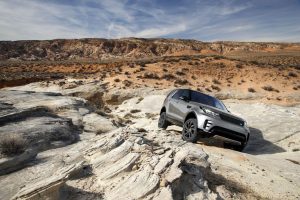 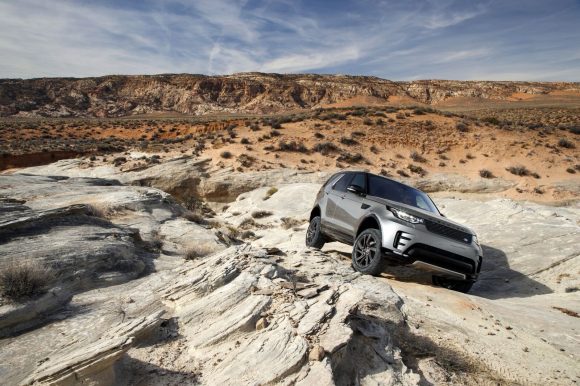 Even before the fifth generation of the luxury SUV reaches retailers, more than 4,000 have already been sold in the UK alone with more than 20,000 sold globally.

Jeremy Hicks, managing director, Jaguar Land Rover UK, said: ‘It’s a special moment when a new vehicle arrives in our retailers and after months of planning, that moment is finally upon us.

‘With increased efficiency, improved versatility and clever technology for the whole family, we have seen over 4,000 new and existing UK customers order the new model even before its arrival at the retailer.’

Since its star-studded unveiling at Packington Hall, Solihull in September, the new Discovery has been on display as part of a national tour.

New and existing customers were invited to Land Rover’s Solihull manufacturing site where the Discovery is built; it then continued to visit all Land Rover retailers nationally.

Dealers have been preparing for the new arrival for some time, undertaking rigorous training at Land Rover’s off-road facility at Eastnor Castle, Herefordshire.

Driving new Discovery against competitor vehicles, the new car was put through its paces on- and off-road with classroom-style sessions demonstrating the vehicle’s capability, versatility and connected technologies.

MORE: Car prices have gone up thanks to a ‘perfect storm’

On SuperUnleaded.com: You Can Own A (Sort-Of) Mazda Le Mans Car – For A Price