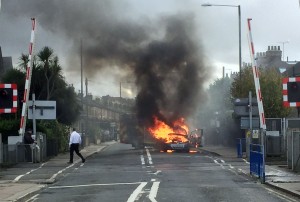 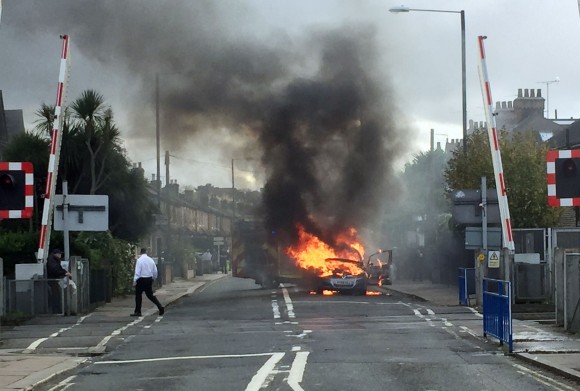 More than 200,000 Zafiras recalled after new source of fires found

VAUXHALL is recalling 235,000 Zafira cars for a third time after a new source of fires was discovered.

The Zafira B cars were previously recalled in two stages in 2015 and 2016 after campaigners claimed more than 300 had caught fire, often leaving their occupants with just a few seconds to escape before their vehicles were destroyed.

Vauxhall said the latest recall affects cars built between 2005 and 2014 which do not have electronic climate control.

The action comes after the manufacturer found ‘a small number of vehicles’ where wiring has overheated and melted, with at least one incident resulting in a fire.

It is writing to the registered owners of affected cars to alert them to the issue.

Vauxhall chief executive Stephen Norman told The Sun: ‘Where the first two recalls have robustly fixed problems of fires – we’ve discovered one incident of a fire caused by overheating of a pin in a plug on a wire.

‘The very moment this was brought to my attention we decided to go for a full recall.’

Work to replace potentially faulty parts will take an hour and will be completed free of charge, Vauxhall said.

‘So we are overseeing a further precautionary recall of the Zafira B and will monitor progress to ensure Vauxhall notifies all registered owners in writing as soon as possible.’

A damning report by the Commons Transport Select Committee in April 2017 accused Vauxhall of showing a ‘reckless disregard for safety’ by not stopping motorists driving Zafira B vehicles it knew were a fire risk.

The manufacturer was too slow to begin a full investigation and then acted prematurely in attributing the problem to improper repairs by third parties, according to the cross-party committee.

Concerns that there was a distinctive pattern of fires were first raised within Vauxhall in 2014, but it did not begin an investigation until August 2015.

In our picture, firefighters extinguish a Vauxhall Zafira which caught light near a level crossing in Manor Road, south-west London, in November 2015.