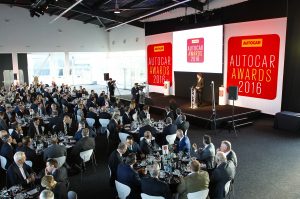 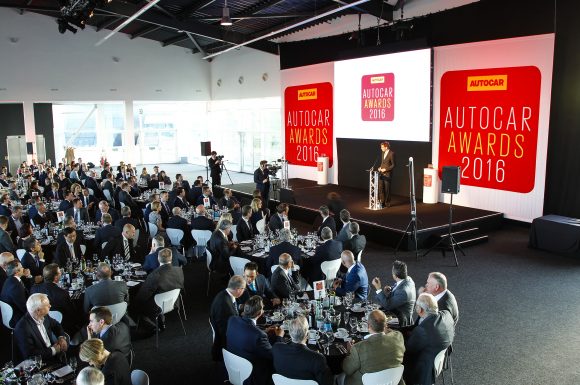 THIS year’s Autocar Awards will be headline-sponsored by premium tyre brand Vredestein. With a history spanning 100 years, Vredestein is one of the world’s leading tyre manufacturers.

The Awards, which take place at Silverstone on May 23, celebrate the very best new and used cars and pay tribute to the engineers, designers and innovators who are blazing a trail at the forefront of the car industry, both in the UK and around the world.

Dutch brand Vredestein, which began in the very infancy of the tyre industry in Europe over a century ago, now develops high-end tyres for a global market. Since 2009, it has been part of India-based Apollo Tyres, with the company in Europe becoming Apollo Vredestein. 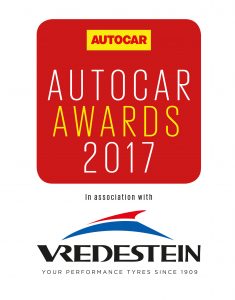 In its pursuit of continual product and technical excellence, Vredestein has four R&D centres across the world. Keen to attract design-conscious, forward-thinking vehicle manufacturers and end users alike, Vredestein has also developed a long-term relationship with Italian automotive designer Giugiaro.

With a new manufacturing plant open in Hungary, Apollo Vredestein now has six factories globally and bold growth plans for the Vredestein brand in Europe, including original equipment supply to the major European vehicle marques.

In addition to its coveted role as title sponsor, Vredestein will sponsor the Game Changers category, which celebrates cars that have set new standards or defied convention by turning the established order on its head.

The Autocar Awards will be held at Silverstone’s iconic Wing complex.

It begins at 6.30pm, after CDX17, which is the largest automotive retail conference of its kind in the UK and held at Silverstone during the day. The evening event will include an exclusive drinks reception, dinner and awards ceremony attended by the best and brightest of the UK and global automotive industry.

The three headline awards are the Issigonis Trophy, the Sturmey Award and, new for 2017, the Editor’s Award. Among the other awards on the evening are the Used Car Award sponsored by Warranty Direct, the Innovation Award and the Readers’ Champion award.

The Issigonis Trophy remains the most prized award and is named after Sir Alec Issigonis, the creator of the Mini. The winner will be the person who has made the most outstanding contribution to the automotive industry over the past 12 months.

Autocar business director Darren Pitt said: ‘Vredestein is a world-leading manufacturer with over a century spent at the forefront of tyre development. Like Autocar, it has a long history in the motor industry and we’re thrilled to have the company on board as title sponsor for the Autocar Awards, an event which celebrates the best of the best.

‘With its reputation for innovation, it is only fitting that Vredestein is also sponsoring our Game Changers category.’

Vredestein UK country manager Karl Naylor said: ‘Choosing to be the headline sponsor for the Autocar Awards is a decision which aligns Vredestein directly with leading automotive brands and media, continuing to target the sort of influential audience we pursue at Apollo Vredestein: it is our opportunity to showcase Vredestein, our premium tyre brand, by directly associating it with the industry’s most prominent car manufacturers and decision-makers.’

Tickets for the Autocar Awards are on sale now from autocarawards.co.uk, with further details available from [email protected] Numbers are strictly limited and tickets will be available on a first come, first served basis.

MORE: Find out all about new products at the Car Dealer Theatre