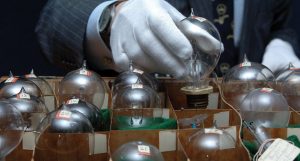 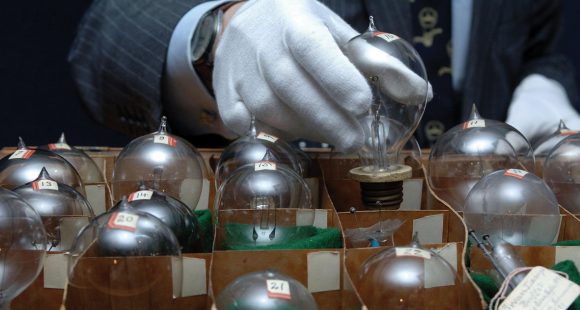 I hold my hands up, as I’m also a consumer who falls into this arena. I am one of those who loves new gadgets and wants something to be better than it already is, always! But why?

Well, when we look at history, humans have done great things for as long as we can go back. Take hunting, creating fire and building homes – we know how to survive and we always know how to evolve.

In the 1700s, Benjamin Franklin wanted more and sold most of his possessions to fund his investigations into electricity. Then, in the early 1800s, Humphry Davy invented the first electric light, but it took another 70-odd years before Thomas Edison developed a practical incandescent lamp, pictured, which he then patented. All of them wanted more than what the people of that time had.

Look at wanting to be like a bird and fly. We knew it’d be hard but we wanted more; we wanted to fly. The Montgolfier brothers started the process and built a hot-air balloon in the late-1700s. Over the next century, many inventors tried to create powered flight. However, it wasn’t until 1903 that the first sustained, controlled and powered flight of an aircraft was achieved, courtesy of the Wright brothers.

Fast-forward to today and we’re trying to build a hypersonic ‘space plane’ promising a four-hour London-to-Sydney flight by the 2030s. We just always want to have or be better.

Then we think about cars, and we all know that they evolved from us being on horseback to being in an animal-drawn cart. The next stage was Richard Trevithick’s 1801 road locomotive – the ‘Puffing Devil’. However it’s not much of a car when you consider those on the road today. It wasn’t until the 1880s that Karl Benz patented and put into production the internal combustion engine that helped lead us to where we are today.

Over the next 100 years, there were a lot of innovations and improvements, such as canvas roofs and a fourth wheel. By the early-1900s, we had all-steel cars, we had the Model Ford T – a four-seater that was once named the most influential car at the international Car of the Century awards.

These were still primitive though when compared with what we have today.

The motor industry has continued to be at the forefront of technological innovation, while the consumers buying our cars have searched for better. Whether that be a newer car, a bigger car, a more economical car, a safer car or a quicker car, they just want more.

Again, I’ve had my car less than a year and I’m already looking at the next model up, with more power and better handling. I may not be in the buying cycle but my brain has already gone into ‘what’s next?’ mode. While that’s all product-orientated, consumers also want a better service, a quicker service, a cheaper service, and if you look inwards, you also probably want more when you’re buying!

So, when a customer makes a complaint or asks for a better deal, look at them as an opportunity to improve… and if it’s something that First Response can improve on, please let us know.