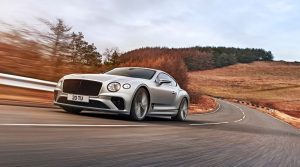 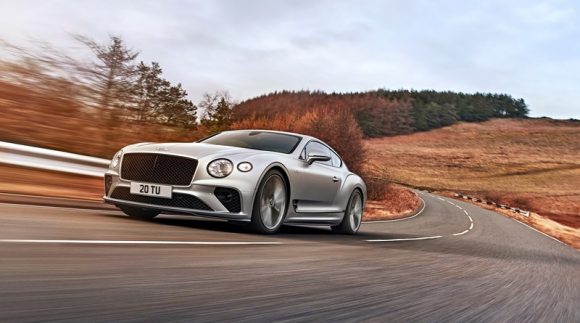 Despite widespread closures amid the coronavirus pandemic, the Covid-19 shutdown has been ‘nothing like a recession’ for Bentley.

That’s according to boss Adrian Hallmark who was speaking today at the launch of the firm’s new Continental GT Speed – the most potent version of the firm’s popular coupe to date.

Hallmark described how the company had prepared for a loss of ‘several hundred millions’ last summer, but had managed to avoid such damaging losses through planning and the thorough testing of its staff.

The firm was also helped by a swelling order book, while presently the firm is ‘up 30 per cent in deliveries and more than 30 per cent in the rate of order intake’ on 2020’s figures, according to the chairman and CEO.

The luxury carmaker boss also added that the firm was ‘not seeing recessionary behaviour – we’re almost seeing a post-war boom,’ adding that buyers were in the mindset of ‘life is too short and unpredictable to not do the things [they] should do’.

Bentley announced record sales for 2020 in January despite the coronavirus pandemic and resulting lockdown measures shuttering the firm’s Crewe plant for seven weeks. The firm reported a total of 11,206 units sold for the year – two per cent higher than 2019’s figures.

And though the company’s sales forecast were higher than what we saw during the coronavirus pandemic, Bentley still managed to return its highest sales in its 101-year history.

It had already put precautionary measures in place prior to the Brexit negotiations in preparation for a no-deal decision, but these plans put the company in good stead to ride the coronavirus-related closures instead. It had even set out plans for a fleet of air freight planes to be used to transport key parts to Crewe from overseas – though this was never needed.

The firm also managed its stock to ensure that rather than holding two days’ worth of stock, as before, it increased this to 21 days worth.