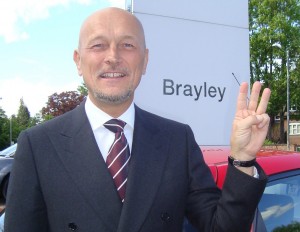 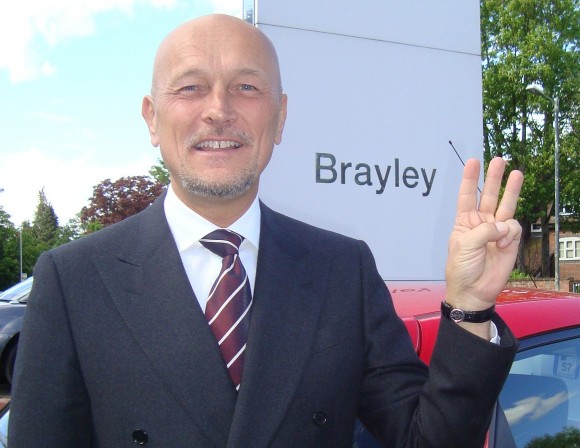 Brayleys branches out with new franchises

Having concluded the purchase for an undisclosed sum, Brayleys takes over the Milton Keynes sites with immediate effect, which will be its first business in Buckinghamshire.

Resulting from a successful two years of trading at the company’s first Mazda dealership, which opened in Harpenden in May 2012 as a dual franchise with Kia, Brayleys is already gearing up for its third Mazda outlet.

Following the transition of its eight-year old Honda franchise in Grays, which will undergo a major refurbishment in November, Brayley Mazda will launch as a solus new and used car operation in the Essex town in January 2015, although aftersales for existing Honda customers will be retained.

Paul Brayley, managing director, Brayleys, (pictured) said: ‘Our latest acquisition is another milestone for Brayleys as it marks the launch of our first European manufacturer franchise. We are excited at the prospect of taking the Renault and Dacia brands forward alongside our commitment to Honda, Kia and Mazda, all of which are bringing exciting new models to market.

‘We’ve had an extremely positive year to date, including the company’s best ever March performance, so we look ahead with significant optimism.’

Daksh Gupta, chief executive of Marshall, said: ‘Although we were not looking to sell the businesses at the time Paul approached us, it does fit our strategy to focus on building scalable businesses and strong relationships with our core brand partners. These were our only Renault and Mazda businesses so it made sense to sell them to someone who can grow scale with them as well as have a geographic presence also.

‘Paul Brayley has a great reputation and I know our colleagues will be going to a good home. I want to thank them for all of their hard work and efforts during their time with Marshall and wish them and Paul all the best for the future. I would also like to wish Mazda UK and Renault UK continued success and thank them also for their support.’