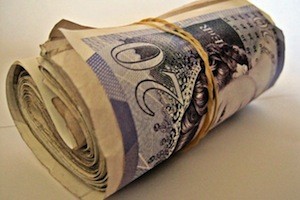 THE Budget saw the chancellor announce a new vehicle excise duty (VED) banding system for cars registered on or after April 1, 2017.

However, the new rates will not apply in the first year after registration. There will be special first-year rates linked to a car’s carbon emissions, with zero, standard and premium rates.

A flat standard rate of £140 for apply to all cars for subsequent years, except those emitting 0g/km of CO2, for which the standard rate will be £0.

Cars, including zero-emission cars, with a list price above £40,000 will be subject to a £310-per-year supplement for the first five years in which the standard rate is paid.

George Osborne said the ‘standard’ charge of £140 would cover 95 per cent of all cars.

Understand all that? Put simply, the first year of vehicle tax will be based on these 13 emissions bands, which each band paying a different rate of tax:

That’s year one. In the second year of ownership, cars are split into three categories – Zero Emissions, Standard and Premium. Only cars that emit 0g/km of CO2 will be exempt from tax, while all other cars will pay £140 a year. Cars that cost more than £40,000 will pay a £310 premium on top of this in years 2-6 of ownership. The payment will then revert to £140 from year seven of a car’s life.

Mike Hawes, the SMMT chief executive, said: ‘We recognise the current VED system needs to be reformed and highlighted this in a recent report. The Chancellor’s Budget announcement on the regime came as a surprise and is of considerable concern.

‘While we are pleased zero-emission cars will, on the whole, remain exempt from VED, the new regime will disincentivise take-up of low-emission vehicles. New technologies such as plug-in hybrid, the fastest-growing ultra-low emission vehicle segment, will not benefit from long-term VED incentive, threatening the ability of the UK and the UK automotive sector to meet ever-stricter CO2 targets.

‘The introduction of a surcharge on premium cars also risks undermining growth in UK manufacturing and exports.

‘British-built premium cars are in increasing demand at home and globally, and the industry helps to support almost 800,000 jobs in the UK. Levelling a punitive tax on these vehicles will almost certainly impact domestic demand.’

Rupert Pontin, head of valuations at Glass’s, said: ‘The reform of the VED system is very interesting and its full implications will start to become apparent as we crunch more numbers over the next few days and weeks.

‘The good news first – it is a really simple-to-understand system for the vast majority of people who will buy and run the post-2017 cars affected. They will just pay £140 per year for the life of the vehicle, although that is a figure the government will probably increase over time. Also, the new regime continues to reward buyers of lower CO2 cars, even if almost all of them will be paying more than previously.

‘There are some parts that look a little more questionable, however.

‘Older, more polluting vehicles appear to be undertaxed in their later years. For example, a 255g/km car over six years old will be charged at the same £140 standard rate as a zero-emissions vehicle.

‘For new cars, the introduction of an additional £310 charge on anything priced over £40,000 seems like a sudden shift and it may be we see manufacturers listing a number of cars in that price range at £39,995.

‘Even a zero-emissions vehicle costing more than £40,000 will cost £310 a year, which seems a bit of a disincentive to adopt the very cleanest drivetrains available.

‘Looking at the Budget as a whole, however, we think it supports the ongoing economic recovery in general terms and that this is good news for the motor industry.’ 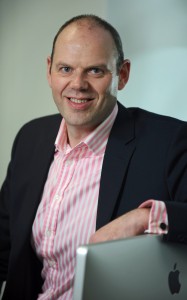 James Tew, chief executive officer at iVendi, said: ‘The chancellor is probably right in stating there are increasing numbers of new-car buyers who have become used to paying no VED, and that the issue needed addressing in the medium-long term from a revenue point of view.

‘However, detailed analysis will be needed to work out if it will advantage or disadvantage any particular types of vehicles in the new and used car sectors.’

The government intention is for VED revenues to eventually go into a new Roads Fund, with the money ring-fenced to being spend on our roads. But it won’t happen yet – the revenue will start to be paid into the Roads Fund from 2020-21.

The Budget also proposed extending the length of time when a car requires its first MOT from three years to four years.

Kyle Truman, marketing director at epyx, said:’Potentially the most interesting development in the Budget from a fleet point of view is the proposed extension of the first MOT from three to four years.

‘Effectively, this would mean the majority of cars owned by fleets would never need to be MOTd because they are on shorter cycles than four years, which is a definite gain in terms of both costs and reduced hassle surrounding defleeting.’

Tew added: ‘This could have a definite impact on workshop revenues as it would mean fewer visits by the customer and their vehicle to the dealership and could a place an even higher emphasis on the importance of customer retention.’

The chancellor also said that fuel duty would remain frozen this year. Pontin added: ‘That is good to see. Petrol and diesel are a motoring cost that affects everyone.’