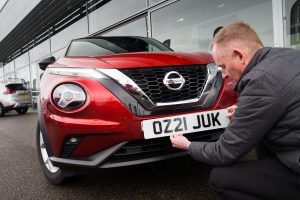 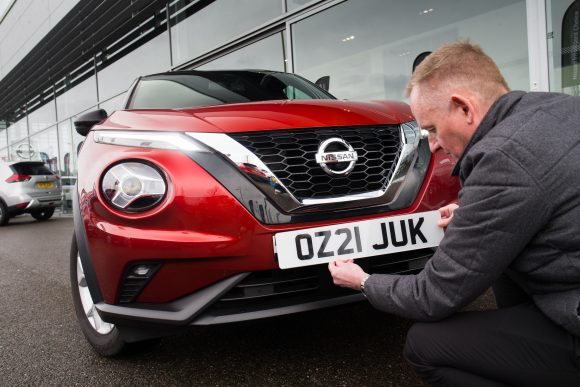 Car industry leaders are lobbying the government to be allowed to open two weeks ahead of other non-essential retail.

The SMMT is believed to have drafted documents that have been sent to the Prime Minister Boris Johnson and Chancellor Rishi Sunak explaining car showrooms are safe premises.

Industry leaders are lobbying for showrooms to be allowed to open for the key month of March as they argue social distancing and appointments are easy to maintain in large, airy dealerships.

Their calls come as Car Dealer research shows the Treasury could lose out on £1.2bn worth of VAT receipts this March if showrooms are not allowed to open for the key plate change.

March new car registrations account for 20 per cent of annual new car sales with an average of 500,000 cars sold during the month in the last four years.

If car dealers are still only operating via click and collect and manage to achieve the same 60 per cent of sales they did in January, that could see 200,000 units missed in the first month of the 21-plate change.

According to Industry analysts JATO the average value of a new car is £30,000, meaning the March market equates to £15bn of revenue – with that down 40 per cent, dealers could lose £6bn in sales and the government £1.2bn in VAT.

Mark Lavery, Cambria Automobiles CEO, said March is the automotive industry’s ‘Christmas’ and missing it will be devastating.

He said: ‘The industry has worked incredibly hard to be among the most Covid secure environments in the country and March is equivalent to our Christmas, so it’s critical we are allowed to open in a Covid secure way.

‘The government listened to the industry’s appeal after lockdown one, but this appeal is far more important due to the overwhelming importance of the March market to the business.’

Automotive journalist and editorial director of Haymarket Automotive, publishers of What Car? and Autocar, said the tax revenues from the automotive industry cannot be underestimated.

He said: ‘The new car industry’s value to the exchequer has long been enormous – not just in terms of the money generated from sales via VAT, but also the tax income from the vast number of people employed in the sector and the taxes paid by the premises and businesses operating in the sector.

‘As far as financial terms can dictate such things, then, it is clear that it is in the country’s interests as much as the businesses themselves to get car retailers open as soon as possible.’

Privately, most dealer group bosses are keen to see showrooms open in March, but have accepted it’s unlikely.

Most are fearful of speaking out as they don’t want to be seen to be pushing too hard while the government is still trying to get infections under control.

One told Car Dealer: ‘If we can open ahead of other non essential retail again, like we did after the first lockdown I’d see that as a result. There’s a 50/50 chance that will happen in March, but most of us think it’s more likely to be after the Easter weekend.’

The prime minister is due to unveil his roadmap out of lockdown on Monday. Reports suggest this will see schools returning on March 8, non essential retail reopen in April and hospitality in May.

Speaking on Wednesday, Johnson said it was ‘absolutely right’ to take a ‘data not dates’ approach to easing restrictions as he stressed the need to proceed ‘cautiously’.

Hendy Group CEO Paul Hendy said car dealerships are ‘safe and spacious’ and can easily operate on an appointment basis.

He added: ‘March is one of the most crucial in the year, for both the OEMs and the dealers – just look at the impact closing the doors with one week to go had in March 2020.

‘We, as a collective, need to do everything we can to convince the government that finally getting the doors open ASAP is vital for the Industry as a whole.’

He added: ‘Unlike high street stores where there are generally large numbers of shoppers, car showrooms are much quieter and can operate well with controlling traffic to ensure that numbers of customers inside a showroom are safely administered.

‘TrustFord has spent a considerable amount of money to ensure our showrooms are Covid safe with all measures in place such as protective screens, hand sanitising stations, socially distanced desks and workspaces.’

Foulds also laid blame at the door of the Northern Ireland assembly. Dealers there have not even been able to operate via click and collect.

Foulds added: ‘From our perspective it is extremely disappointing that the Northern Ireland government have chosen to exclude car dealerships from the easing of some click and collect businesses and are delaying further measures until at least April 1 having already, all but ruined the Northern Irish car industry whose biggest month of the year is January.’

Mike Hawes, chief executive of the SMMT said: ‘In developing its roadmap out of lockdown, government will be evaluating a range of factors including infection levels, hospital bed occupancy and transmission rates as well as the wider societal issues.

‘SMMT has engaged with government throughout the pandemic, and will continue to do so, making clear the challenges facing the sector and the potential impacts on the industry and its customers, especially with the important March market looming.

‘Government is aware of our need for showrooms to open as soon as it is safe to do so.’