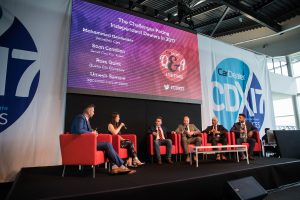 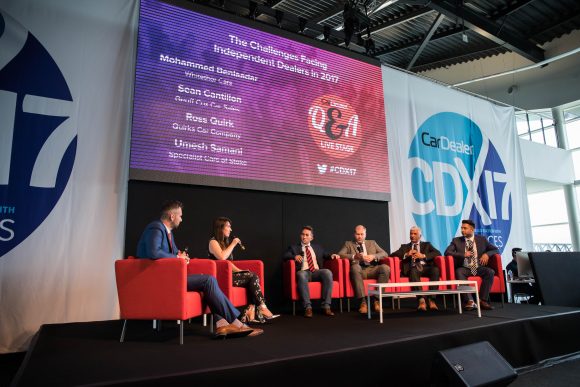 THIS year’s CDX was hailed the best yet as thousands of delegates and exhibitors left the The Wing at Silverstone last night.

The automotive conference and expo, organised by Blackball Media, the publishers of Car Dealer Magazine, attracted a record number of delegates and exhibitors to the famous Northamptonshire venue for the biggest event of its kind in the UK.

With more than 20 inspiring workshops and breakout sessions, over 100 exhibitors, breathtaking stands in the vast expo halls and a succession of entertaining debates on the Live Stage, the event was a resounding success.

Beth Constantine was named Car Dealer Magazine’s inaugural Woman of the Year, our famous Women in the Motor Industry session proved popular once again, we presented awards to the Social Media 200 and the function rooms at The Wing were used by a wide range of automotive organisations for conferences and working lunches.

Our headline sponsor was once again GForces, which wowed delegates with an impressive stand in Hall 2. New innovations for 2017 included the Discovery Zone, which was packed throughout the day with dealers keen to see products and services being introduced by up-and-coming companies, some of whom were new to our sector.

And the workshops proved popular too. Sponsoring our sessions in the workshop meeting rooms were the RAC, GardX Protection, GForces and iVendi, which drew hundreds of delegates to listen to presentations on a wide variety of topics ranging from customer service and the future of our industry to technology and finance. 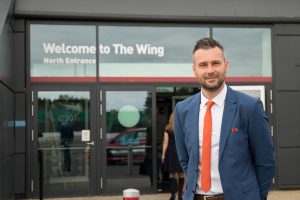 James Baggott, CEO of Baize Group, the parent company of Blackball Media, said: ‘Once again, CDX was a triumph and exceeded our wildest expectations. We don’t deliver a run-of-the-mill trade expo for the industry, we aim to put on a show and we think that’s what people appreciate.

‘We are truly delighted to report that we had more delegates through the doors than ever, more presentations on the Live Stage and the strongest line-up of workshops we have ever had.

‘And we have big plans for next year. Those who thought this year’s CDX was amazing will be delighted to learn that next year’s event will be bigger and better still. For the first time ever, it will run over two days.’

MORE: Record revenues at JCT600, despite pressure on margins and rising costs

On SuperUnleaded.com: Max Verstappen Has The Greatest Tow Car of All Time