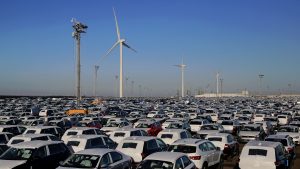 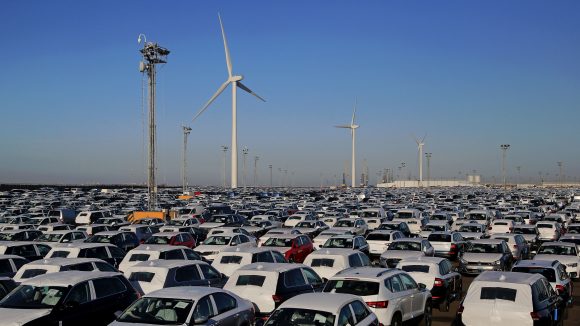 Diesel down and SUVs up in 2017 European car registration figures

DIESEL sales are falling while SUVs are on the rise, according to the 2017 European car registration figures from JATO Dynamics.

The UK-based automotive business intelligence company reported that diesel sales in Europe fell by 7.9 per cent in 2017, while SUV registrations reached 4.56m units – 19.5 per cent higher than 2016. Meanwhile, petrol benefitted from the decline of diesel, rising by 760,000 units.

New registrations in Europe totalled 15.57m – 3.1 per cent higher than 2016’s figure. The rising number of sales can be attributed to Eastern and Southern Europe, where volume grew by 12.7 per cent and 6.2 per cent respectively.

The UK didn’t paint such a pretty picture though, where growth slowed down to a mere 3.1 per cent. December 2017 saw a 20.5 per cent decrease in the number of diesels registered in the UK, contributing to the lowest figures for that month in five years.

The decline of diesel was a trend across all European countries excluding Hungary, as it accounted for only 43.7 per cent of total registrations in 2017.

Felipe Munoz, global automotive analyst at JATO Dynamics, commented: ‘The vast majority of market growth in 2017 was driven by SUVs, which posted a record 4.56m registrations in 2017.

‘This growth was possible thanks to the strong performances of the D-SUV, C-SUV and B-SUV sub segments, which grew by 34 per cent, 21 per cent and 17.5 per cent respectively. The monumental growth of SUVs impacted the MPV segment, as MPV registrations decreased by 15.1 per cent in 2017 – the lowest market share of the century.’