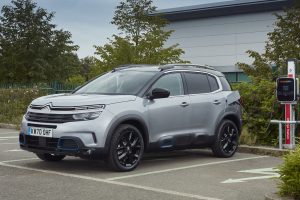 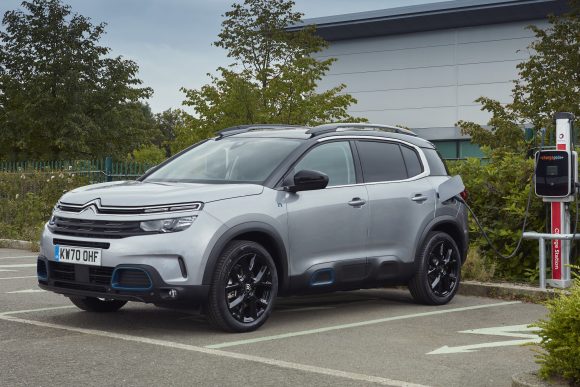 First drive: The Citroen C5 Aircross PHEV proves to be a comfortable and practical family SUV

The C5 Aircross kicks off a range of new electrified Citroens, but does it impress? Ted Welford gets behind the wheel

Not so long ago, the C5 nameplate was used on a Ford Mondeo-rivalling saloon and estate car, but as this the case these days, it now features on an SUV – the C5 Aircross, which is the brand’s largest model in this respect.

Rivalling the Nissan Qashqai and Seat Ateca, the C5 Aircross was introduced as a funkier option in this class in 2019, with a choice of petrol and diesel options.

Now, though, it’s receiving a new plug-in hybrid option, but can this elevate this model’s appeal further?

This model is an important car for Citroen as it’s the firm’s first hybrid and helps to establish the brand’s plan of offering either a hybrid or PHEV version of every car it sells by 2025.

It’s being followed by the C4 and Spacetourer this year, which are both offered as an EV. Though while it’s the French firm’s first hybrid, this powertrain is not an entirely new one, though, as it uses an existing engine, while the setup also features in similar models from sister brands – the Vauxhall Grandland X and Peugeot 3008. 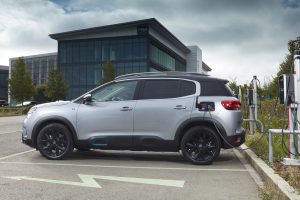 Underpinning the C5 Aircross Hybrid is a turbocharged 1.6-litre petrol engine that combines with an 80kW electric motor, and together they produce 222bhp. It’s the most powerful Citroen you can buy today. Performance figures aren’t going to embarrass any sports car, but a 0-60mph time of 8.5 seconds gives the C5 Aircross a decent amount of shove when you put your foot down. A smooth eight-speed automatic gearbox is used, with power being delivered to the front wheels – this Citroen missing out on the four-wheel-drive option that graces sibling models from Peugeot and Vauxhall.

It’s also accompanied by a 13.2kWh battery, which once charged (expect it to take around two hours via a 7kW wallbox or public charger) allows for a claimed electric range of up to 40 miles. On a cold wintery day, though, we never saw more than 30 miles of zero-emissions ability. Citroen claims it will return up to 222mpg, with CO2 emissions of 32g/km giving it a benefit-in-kind of 10 per cent. The latter should make this hybrid a popular company car choice.

Citroens are renowned for their comfortable ride, and that’s one of the standard C5 Aircross’s key selling points. However, many plug-in hybrids suffer from a worse ride, due to stiffened suspension to cope with the extra weight of the batteries. However, this French marque has got around the problem by fitting a new multi-arm rear suspension setup that means this hybrid Aircross remains just as comfortable as the standard car.

It’s not a car you’ll thrash, as the handling is quite wallowy and the steering rather lifeless, but driven sensibly, it’s a really rather pleasant thing behind the wheel, with a swift powertrain, strong refinement and a general feeling of security and comfort. 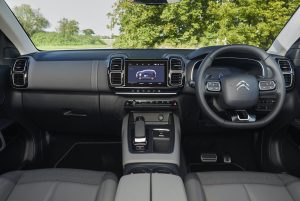 Citroen isn’t frightened to do things differently, and nowhere best shows this than the exterior design of the C5 Aircross. With its chunky styling, large alloy wheels and fancy lighting at the front and rear, it certainly stands out on the road, and isn’t the ‘copy and paste’ work of design that many cars are criticised for in this class.

It is, however, quite a discreet-looking hybrid. Aside from subtle blue badging, which is optional and that our test car didn’t even have, and a charging flap that just looks like a standard filler cap, there’s nothing to show this is any different to an Aircross with a standard petrol or diesel engine under the bonnet.

One of the best things about the Aircross are its brilliant ‘Advanced Comfort’ seats, which are wide and feature plenty of foam, and are a dream to sit in – helping to add to the ease of driving that this model is all about.

The rest of the C5’s cabin impresses, though – particularly with features like an aircraft-like gear selector and gloss black buttons for the eight-inch touchscreen, which remains easy to use. The quality isn’t quite up to rivals like the Peugeot 3008, but it feels more upmarket than the rest of the Citroen range.

Like most hybrids, though, this Citroen isn’t as spacious as the rest of the range. The boot shrinks from 580 litres to 460 litres, though it’s still a useful size. Despite this, the hybrid retains individually-sliding rear seats, while space in the back, in general, is plentiful for adults. It’s certainly still an accomplished family SUV. 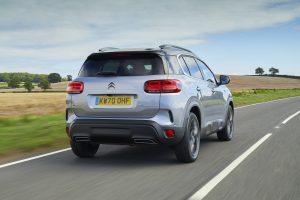 Prices for the C5 Aircross Hybrid slot right between the Vauxhall Grandland X and Peugeot 3008, with the range starting from £34,360.

It’s comfortably more expensive than a regular petrol or diesel version, but that’s much the case with any PHEV, and here you get far lower running costs, providing you charge the batteries regularly, and stronger performance.

The standard ‘Shine’ model boasts plenty of equipment, too, including 18-inch alloy wheels, keyless entry and start and a brilliant configurable 12.3-inch digital instrument cluster to name just a handful of features. An extra £1,500 gets you the top-spec Shine Plus version – adding larger 19-inch alloy wheels, additional driver assistance technology and electric boot. It definitely feels worth the extra spend.

Citroen’s first hybrid takes a refreshingly different approach to most. The decision to focus on comfort over sportiness might not appeal to everyone, but given your typical family SUV is more likely to be seen pottering around town than it is on a twisty B-road, it feels like the best way of doing things.

Keep that battery charged up – the engine on its own is quite thirsty – and there’s also scope for very low running costs. Add in the C5 Aircross’s cool interior and long list of standard equipment and this is one of the better hybrid family SUVs you can buy today.

DEAL CLINCHER
Probably the most comfortable car in its class