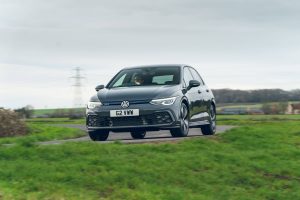 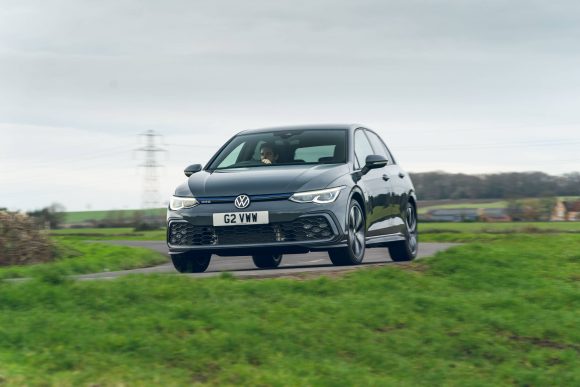 The Golf GTE has long been a staple in Volkswagen’s line-up, but does the latest version live up to its predecessors. Jack Evans takes it for a spin to find out

In case you haven’t noticed, the quest for electrification is shaping the entire world of motoring. Across the board, manufacturers and finding new and innovative ways to put battery assistance into their vehicles.

But the Golf GTE was doing it before this push for electrification really caught on. As a result, this low-emissions version of the firm’s most-loved hot hatch proved a hit with business buyers ⎯ so it’s little wonder why Volkswagen has revived the formula for its latest eighth-generation Golf.

The GTE uses the fairly standard hybrid combination of petrol and electric power. It’s a plug-in hybrid, too, which means you’ve got the option of topping up the batteries via the plug.

When it comes to looks, the GTE largely mirrors the appearance of both the GTI and GTD introduced recently, save for the odd electric blue highlight which gives a nod to the car’s electrified underpinnings. 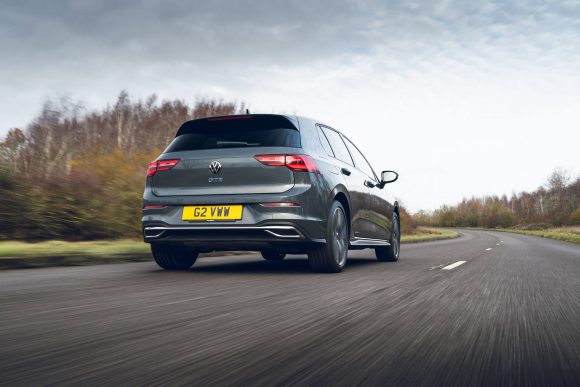 The GTE has a 1.4-litre turbocharged petrol engine, which is then hooked up to a 109bhp electric motor for a combined 242bhp and 400Nm. The battery has been beefed up over the older GTE, too, hitting 13kWh instead of 8.7kWh. As a result, the GTE has a claimed electric-only range of 40 miles, while a full charge via a 3.6kW charger will take three hours and 40 minutes.

When it comes to performance, the GTE will crack 0-60mph in 6.4 seconds, but in this car’s it’s all about the economy. Volkswagen claims CO2 figures of just 26g/km, while consumption is an impressive 246.1mpg.

Start the car and move away and the GTE gets going in silent fashion, as you’d expect from a hybrid. There’s plenty of juice in the batteries to conduct most shorter trips with electric power alone.

Lean on the powertrain a little more and the 1.4-litre turbo will be called up to act and it combines with the electric motor to provide decent enough performance – though it doesn’t feel quite as sharp as the regular GTI.

And once you do run out of ‘leccy, that little engine is tasked with quite a big job. It still provides adequate enough performance, of course, but not the kind you’d associate with a GT-badged model. As with all plug-in hybrids, ensuring the GTE’s batteries are topped is absolutely core to getting the very best out of it. 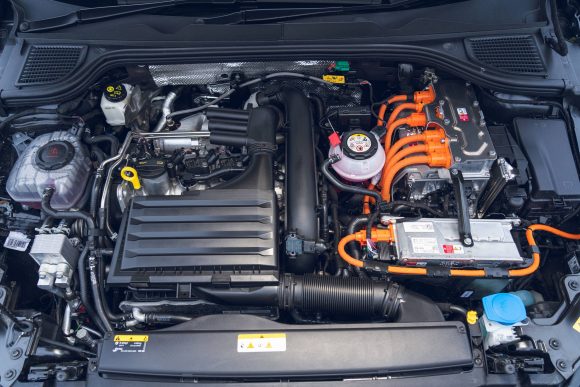 The GTE’s aesthetic similarity to the regular GTI will likely prove popular with buyers. After all, you’re getting the looks of the performance version but with a powertrain which combines both performance and efficiency.

The electric blue highlights we mentioned earlier do help to give the GTE a slightly more futuristic edge, while the new ultra-wide headlights do give it a look akin to a science fiction car.

Around the back, the changes over the previous-generation GTE are more subtle. The main badging has, however, been moved into the middle of the boot – something which does clang against the car’s otherwise stealthy appearance.

There’s been all manner of high-end equipment lavished on the GTE. You get that 10-inch central infotainment screen as standard, and it includes both Apple CarPlay and Android Auto so pairing your smartphone is a breeze. There’s a wide display housed where you’d usually find the conventional dials, too, and this can be configured to showcase all manner of readouts and information.

However, the real trump card of the GTE is its efficiency. Emitting just 26g/km CO2 means that the GTE has a Benefit in Kind (BIK) rate of just six per cent. For fleet users, this will prove incredibly attractive. 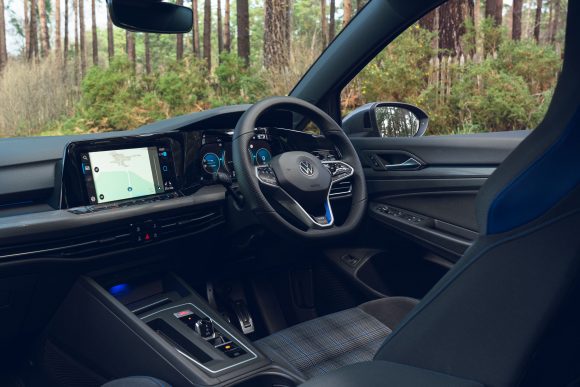 The Volkswagen GTE is a stylish and low-cost take on the traditional plug-in hybrid. It might not quite match a ‘regular’ hot-hatch for all-out thrills, but for those who want a car with added performance which won’t break the bank to run or tax, then the GTE could prove a very good option indeed.

The high-tech interior, good level of standard equipment and stylish exterior will only work to sweeten the deal even further.